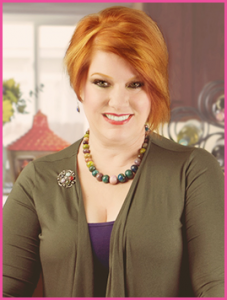 Ask Cheri: How Are you Voting on Prop 64, the Adult Use of Marijuana Act?

Enough of you have asked, so I guess I can’t put it off any longer and I need to answer how I voted on Prop 64, or California’s Adult Use of Marijuana Act (AUMA) and why I did.

This voter initiative has created a chasm as wide of the Grand Canyon within the Golden State’s cannabis community and beyond. Like a microcosm of this year’s dysfunctional Presidential election, California activists have been at each other’s throats over the decision to vote for against Prop 64, with both sides distorting facts, and in some cases telling outright lies, in order to support their agendas.

Until recently, I myself was on the fence about how I would vote.  The criminal justice features of the AUMA were attractive, despite its many faults, but this was still a horrible decision for an activist like me who believes in cannabis freedom.  Each time I would decide to vote yes, I would read another part of the bill that made me want to vote no.

Ultimately what propelled me off the fence onto the yes side was the absurd, often crazy, tactics by many so-called cannabis activists on the No on 64 side, who think it perfectly acceptable to make up facts out of thin air and turn political disagreements into slanderous personal attacks.  I myself have numerous times been the victim of public attacks, even back when I was still undecided about Prop 64, simply because I did not choose to publicly condemn it.

But of all the factors, one particular piece of false propaganda put out by the no side cemented by place in the yes camp.  An internet meme that crossed my social media streams countless times over the last month or so claims that, under the AUMA, growing more than six plants will earn a person a life sentence. This is utter nonsense. Not that people in the United States don’t get life sentences for marijuana, I founded an organization, the Marijuana Lifer Project, that advocates for those poor unfortunate souls who do. But California’s Adult Use of Marijuana Act is not going to be the catalyst for more people serving life for pot. In fact, quite the opposite.

Without a doubt, there are a lot of things to hate about the AUMA, a 62 page nightmare of government over regulation that allows cities and counties to ban all but the growing of 6 six indoor plants, and tax and regulate marijuana within their borders without limits. But at the end of the day, I had to vote for this law. I owe it to at least one of the prisoners I personally work with, along with countless others in both state and federal prisons who will see relief if Prop 64 passes. 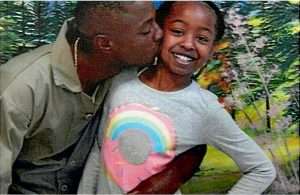 Federal prisoner Corvain Cooper, pictured with his daughter Cleer, could be helped by Prop 64’s passage.

Corvain Cooper, 37, is a federal prisoner serving a sentence of Life Without Parole for a nonviolent marijuana conspiracy. Corvain received this federal sentence in 2014, which illustrates that not only are there really people serving life for pot, but that we are still to this day handing out life sentences for marijuana in the so-called “land of the free, home of the brave.”

On the surface, you would think passing a state law legalizing marijuana could do nothing for federal prisoners, but you would be wrong. If a federal prisoner has prior convictions for marijuana in the state of California, Prop 64’s passage can mean a ticket back into court for resentencing. And for a prisoner like Corvain who has two priors in California for possession and sales of marijuana, resentencing from a Life Without Parole sentence will mean the difference between dying behind bars, or having a chance at an actual life again.

Corvain can petition for resentencing if Prop 64 passe because most felonies for marijuana sales and cultivation will immediately become misdemeanors upon its adoption,  and it does so retroactively. One of the factors that contributed to Corvain’s Life Without Parole sentence were his felony priors, and if his priors become misdemeanors, Corvain Cooper will no longer be eligible for LIFE WITHOUT PAROLE.  Is it automatic?  No.  It will still be up to a judge’s discretion.  But when you are looking at a Life Without Parole sentence, any potential chance at resentencing is HUGE.

Corvain Cooper is but one federal prisoner who may be helped with the passage of Prop 64, but there are likely thousands of others who have less severe sentences than life. For this reason alone, I have to vote yes on Prop 64.