Today, in addition to my FAVORITE stuffed pepper recipe (it’s not your Grandmother’s stuffed peppers), I am excited to bring you news of a new stoner comedy you can watch for free on YouTube.  Read on!

“Dope State” The Best Stoner Comedy You Never Heard Of!

I first heard about Dope State from writer David Bienenstock’s profile of the show on Leafly.    There is a lot to like about this show, but David is right in that the one thing that makes it instantly different from the Cheech and Chong movies, and Dazed and Confused, and Half Baked and Harold and Kumar, and pretty much all the stoner comedies of old, with the exception of Disjointed, is that this is a stoner comedy for the post-legalization world.  Unlike those other classics, prohibition does not play a starring role.  And that is refreshing.
Check out my full review of “Dope State” here.

Support our awesome sponsors and save! 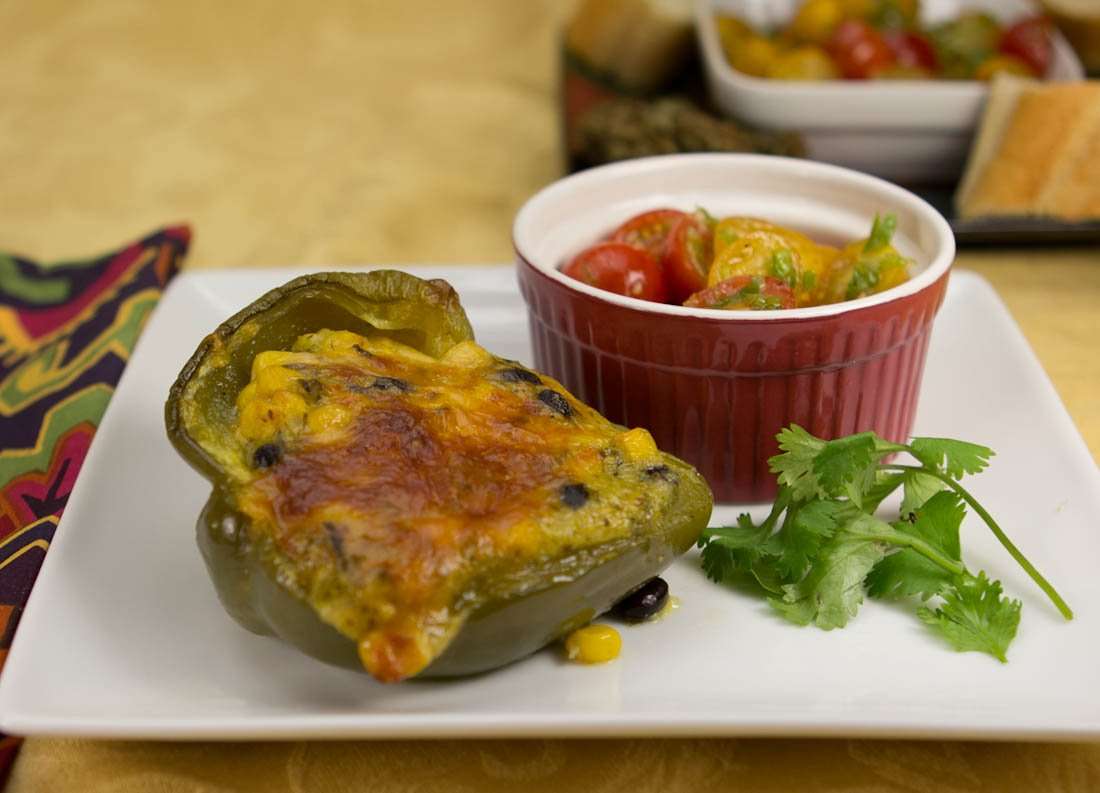 This recipe for Stuffed Peppers was something I came up with one day when I was being lazy, the stash of ingredients in the fridge and pantry was light, but I did not want to have to go to the store in order to cook dinner.  So I improvised something with what I had on hand and I was surprised at how good it was!

While these tasty stuffed peppers can satisfy a tamale craving, they don’t have anywhere near as much fat as traditional tamales, which is a nice health bonus.  The bell pepper shell adds fiber along with flavor too.

I use decarboxylated kief or hash to medicate this recipe.  Learn more about Cooking with Kief and Hash at this link, along with just how easy it is to make Dry Ice Kief.