That Turkey’s High! How to Make Marijuana Deep Fried Turkey

Deep frying a turkey, let alone making a marijuana deep fried turkey, may sound like a strange concept.  Trust me, it doesn't come out like you'd think. Deep fried turkey is moist and delicious and not at all greasy. And my injectable marijuana turkey marinade recipes (see below) are so flavorful, you'll never notice the taste of the cannabis!

It's no surprise that fried turkey originated in the American south, arguably the frying capital of the world, but it is a culinary trend that's caught on nationwide.  And fried turkey is not just for Thanksgiving.  It's quick to fix (you can estimate on about three minutes per pound to cook), feeds a crowd, and it always a sure fire hit, with or without the addition of cannabis!  A recent summertime block party I attended in South Central Los Angeles had three fried turkeys going at once! Several groups of neighbors had gotten together and split the cost of the oil and special equipment needed to make this dish.

What You Need to Make Marijuana Fried Turkey 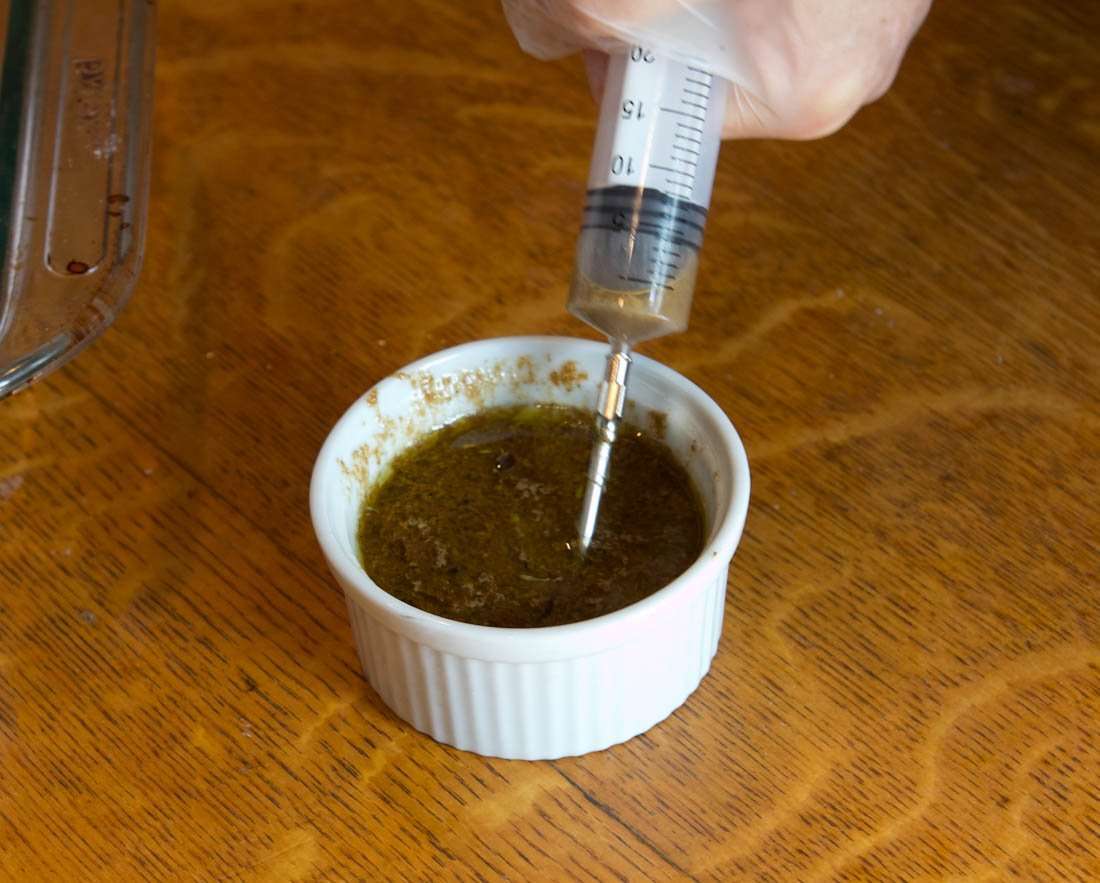 Using an Injector to Marinade and Infuse Your Marijuana Turkey 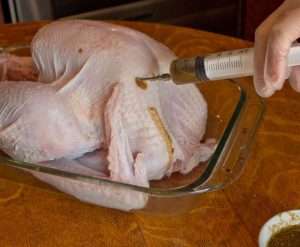 An injector, which resembles a large hypodermic needle, allows you to inject a marinade directly into the meat. This allows the flavor from the marinade to actually get INTO the meat instead of just sit on the surface.  In the case of a Marijuana Turkey, it's also how we will infuse the meat with cannabis.

I tried many of the injector needles on the market.  The heavy duty stainless steel ones are great, but pricey of frying turkeys and BBQing meats is not a regular thing for you.  The dollar store and most grocery stores, however, carry cheap plastic syringes with injection needles this time of year.  In my experience, the plastic models work just fine for one or two uses, just be a little careful as they are more fragile.

Fill your syringe with marinade and inject it into both sides of the breast, the legs and the thighs of the turkey. Don't be afraid to move the needle around to get the marinade different parts of the bird. Think of how the dentist injects novacaine, he goes in at one spot then moves the needle around to get to different areas.  This is exactly what you want to do when injecting the turkey with marinade.  Sometimes it's easier to get the thighs and other areas from the inside of the cavity.  Use as much marinade as the bird will hold.  You'll know when it starts leaking out all over that you have enough.

Where to Fry the Marijuana Deep Fried Turkey

Because so much oil is flammable, you should never fry a turkey indoors!  Place the fryer, outdoors, on a level dirt or grassy area. Avoid frying on wood decks, which could catch fire. You will also want to avoid concrete surfaces, unless you don't mind oil stains. Always keep a fire extinguisher nearby.

WAIT! Before You Fry Determine How Much Oil You Need! 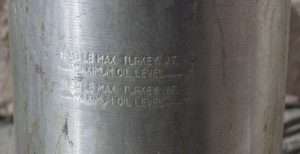 Before beginning, (and before you even season or marinate your turkey) it is important to determine the amount of oil you'll need.  Some turkey fryers, like the one pictured above,  have the proper oil levels written right on the pot.  If yours doesn't, no worries.  Here's how to figure out how much oil you will need:

Marijuana Marinades: When To Use Them and When Not To

That Turkey’s High! How to Make Marijuana Deep Fried Turkey