Marijuana Edibles: Why Are Some Batches Weaker Than Others?

I made two batches of marijuana edibles (brownie)s using the same amount of decarbed cannabis and the same recipe. The strains were different but everything else was the same. One batch was much weaker than the other. Why?

It could be several things, but the most obvious is that while you used the same amount of plant material, you used a different strain.  Different strains will affect you differently as each strain has a different mix of cannabinoids and terpenes that create its effects.  So this would be the most likely reason.

The second strain may not have been as potent as the first, or even if it did have a similar amount of THC, the other chemical elements in the plant (terpenes, flavonoids, and other cannabinoids) can change the way it makes you feel.

Also, our bodies change and react differently too.  I know if I eat an edible in the morning with my coffee on an empty stomach, I will feel it a lot more than eating one later in the day with other foods.

Also how deeply you feel marijuana edibles can change depending on how much cannabis you have been using overall, as you can build up a tolerance (although a day or two off can usually reset this). So if you ate the edible when you have been regularly consuming other edibles and/or smoking or vaping a lot, you may feel it less profoundly.

I hope this helps. 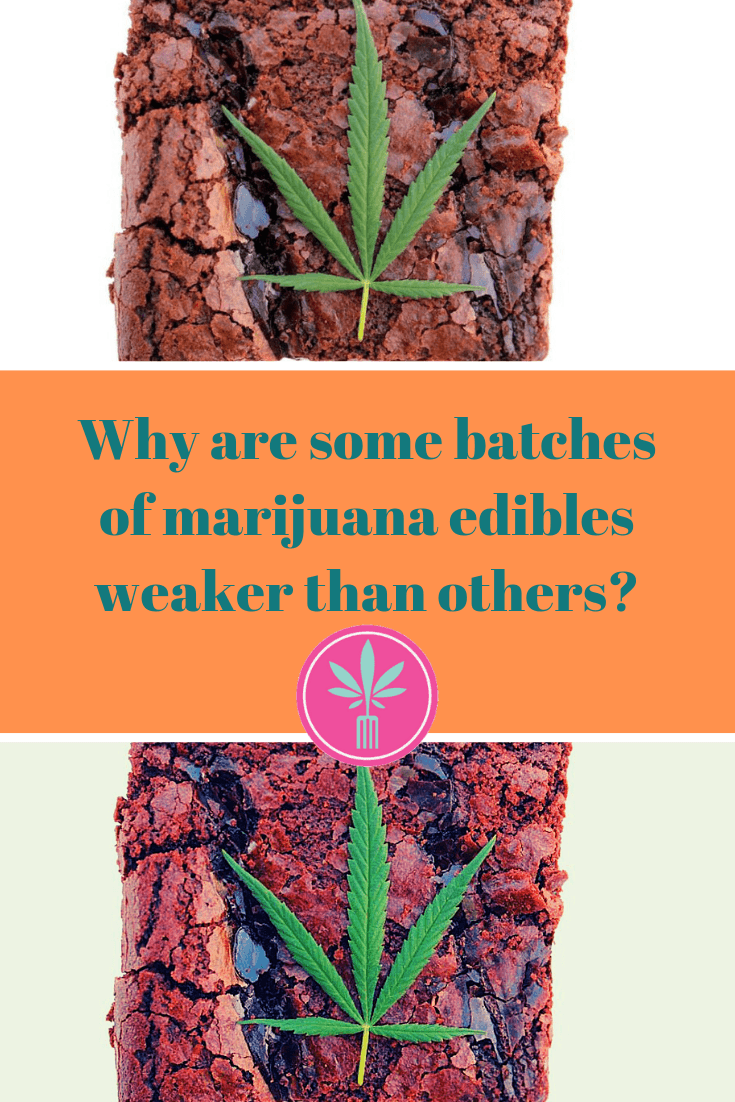