Marijuana Terpenes Explained: What They Are, Why You Need Them, How To Use Them

What Are Marijuana Terpenes?

Terpenes are the compounds that give plants, not just marijuana plants but all plants, their aromas.

Over 140 terpenes have been identified in cannabis.  Besides giving each marijuana strain its unique aroma and flavor, these organic hydrocarbons also play an important role in how a given strain makes you feel.  Terpenes also are integral to the health-giving qualities of the plant.

Marijuana terpenes interact with cannabinoids and are integral to what scientists call “the entourage effect” of whole plant medicine.  This essentially means that the sum of the cannabis plant's parts is greater than any individual cannabinoid (such as CBD or THC) or terpene.  The power of the entourage effect in cannabis is one reason why I personally favor whole plant medicine and use it in making my edibles and topicals.

That said, this is another area of cannabis research still in its infancy and we have a lot to learn about how terpenes and cannabinoids interact to provide medical benefits.

As research into cannabis and terpenes progresses, it is changing a lot of what we used to think we knew about marijuana.

But science and research have now found that the cannabinoid and terpene profiles of any given strain are what actually causes its effects and are likewise better predictors of what to expect from a given strain.

Each cannabis strain has a unique combination of terpenes and cannabinoids, not to mention compounds called flavonoids that we know even less about.  It is that combination in any given strain makes us feel the way we do.

For practical purposes terpenes have three big effects on the cannabis you consume:

Terpenes versus Terpenoids What’s the Difference?

These two terms are increasingly used interchangeably, but there is a difference between the two, although it’s technical and a little wonky.

Generally speaking, think of a terpenoid as a slightly altered terpene.  A terpene is a hydrocarbon, whereas a terpenoid has been denatured by oxidation such as what occurs when marijuana flowers are dried and cured. The term terpenoid also refers to terpene derivatives or terpene-like substances.

Why are companies making and bottling terpene extracts without cannabis?

The cannabis industry is getting quite sophisticated with terpenes and extract artists are using them to craft specific blends when making cannabis concentrates.

In broad strokes how this works is that sophisticated lab equipment isolates out the individual cannabinoids and terpenes.  This allows the extract artist to then add them back in specific quantities.

It is all meticulous and scientific and many experts predict this is the future of medical marijuana as not only can blends be made to treat specific symptoms, the company can produce the exact same results, batch after batch after batch.

Marijuana Terpenes in the Cannabis Kitchen 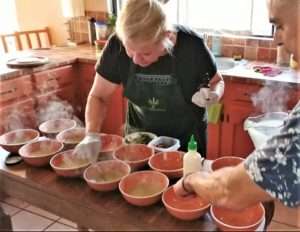 Terpenes are responsible for most of cannabis’s effects.  My FREE Terpene cheat sheet helps you make better strain choices so you get the relief and effects you want.

To download my FREE terpene cheat sheet, enter your email address below.

We never spam - opt out anytime 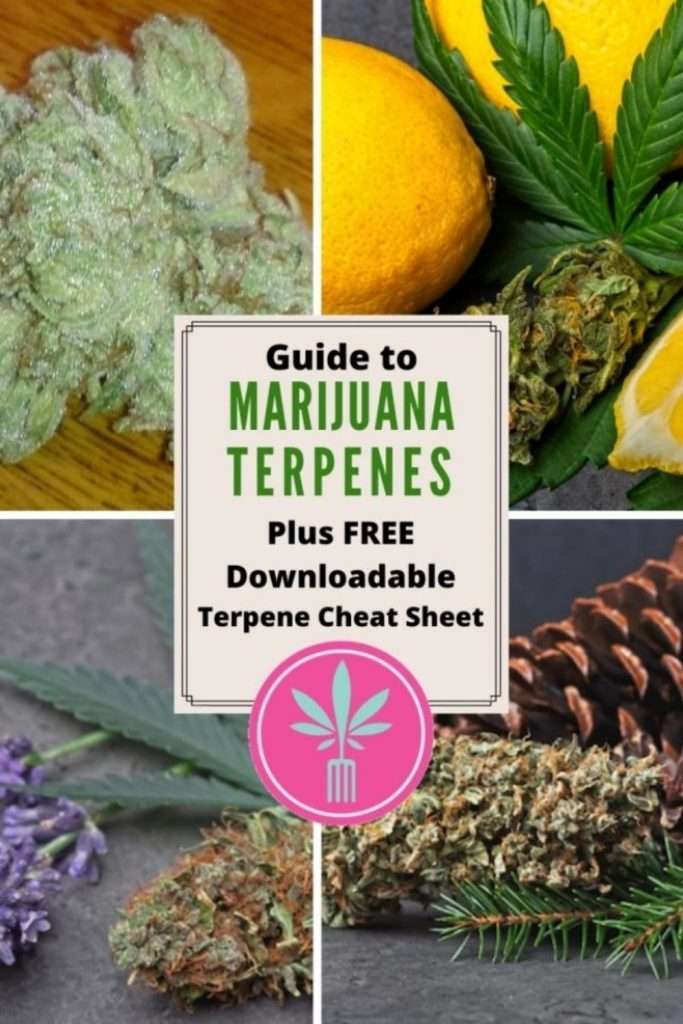 Cannaoil vs Cannabutter? Plus Best Oils for Cannaoil

Should I Use Wet or Dry Leaves for Cannabutter and Edibles?