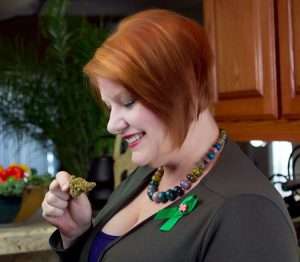 Unless you are a member of the “choir” (my affectionate name for the hard core cannabis activists who live this movement day in and day out), chances are you’re going to miss a lot of cannabis news.  It’s not that there isn’t any, things are happening in the word of marijuana all the time.  But the mainstream media never seems to make it a priority to report on it.

Obesity and Cannabis Use: Results from 2 Representative National Surveys — Marijuana in fact doesn’t make you fat.  Who knew?  “Additionally, after adjustment for sex and age, the use of cannabis was associated with body mass index differences in both samples. The authors conclude that the prevalence of obesity is lower in cannabis users than in nonusers.”
The above link is to a technical medical study page, for a layperson’s translation of what’s going on, click here for a terrific article from NORML’s Paul Armentano.

Memory-Rescuing Effects of Cannabidiol in an Animal Model of Cognitive Impairment Relevant to Neurodegenerative Disorders — “The present findings provide evidence suggesting the potential use of cannabidiol (one of the more than 60 cannabinoids found in the cannabis plant) for the treatment of cognitive decline associated with neurodegenerative disorders.”

Poor Diet Impairs Endocannabinoid Receptors — Explains the theory that an Omega-3 deficient diet may impair the functionality of the body’s endocannabinoid system.

What We Can Learn from Portugal’s Drug Policy — In 2000 the Portuguese government fully legalized ALL drugs (not just marijuana) and started treating drug addiction as a health issue rather than a law enforcement problem.  Guess what?  Overall drug use went down!  This report, by award-winning journalist Artur Domoslawski  describes the process, context, ideas, and values that enabled Portugal to make the transition to a public health response to drug use and possession. With over a decade of experience, Portugal provides a valuable case study of how decriminalization coupled with evidence-based strategies can reduce drug consumption, dependence, recidivism, and HIV infection, and create safer communities for all.


DEA Issues ‘Final Order’ Rejecting Private Production Of Cannabis For FDA-Approved Research — The US Drug Enforcement Administration has issued its final order rejecting a 2007 ruling from the agency’s own Administrative Law Judge that it would be “in the public interest” to grant the University of Massachusetts a license to grow marijuana for federally regulated research.

Hemp is Not Pot: It’s the Economic Stimulus and Green Jobs Solution We Need — We can make over 25,000 things with it. Farmers love it. Environmentalists love it. You can’t get high from it. So why is it still illegal?   If you think hemp can’t save the planet — both environmentally and fiscally, think again.