What's New...
You are at:Home»Life For Pot»Life Without Parole Prisoner George Martorano is Finally Free! 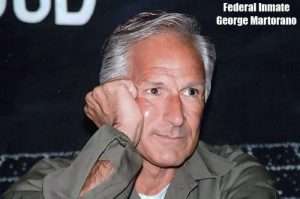 10-5-15
Cheri here.  I don’t have any details yet, but I just received news that George Martorano is a free man after serving 32 long years in federal prison!

About George Martorano and His Case

George has been an exemplary inmate.  A prolific writer, he now published over twenty written works depicting life in prison as well as life on the outside. He teaches reading and writing, yoga, and even counsels suicidal inmates. He has a spotless prison record without an incident of violence in all of his years in America’s toughest jails. George’s website best outlines his countless accomplishments and even heroics while in prison.

The Bureau of Prisons can verify that George Martorano is the longest serving non-violent first-time offender in the history of the United States, and possibly the WORLD. After being caught with a truck of marijuana, George was sentenced to life in prison without the possibility of parole. This was in 1982, when the War on Drugs had strong momentum. Other people who had committed similar crimes received a maximum of twenty years. Manuel Noriega, contrasted with George, is one of the most infamous drug traffickers of all time, yet only received a forty year sentence–with the possibility of parole.

So why was such a harsh sentence handed to George Martorano? We believe that in the prosecution’s effort to send a message to George’s father, Raymond “Long John” Martorano, an alleged mafia figure, he was given the maximum sentence allowed by law; life with no parole. Because he remained silent, they “locked him up and threw away the key,” put him in solitary confinement for four and one half years, and kept him in America’s most notorious prison: Marion, which is completely underground.

Then George began to write. He wrote and published a book about growing up in the old Italian-American neighborhood in Philadelphia, “South Philly.” He now has over twenty works depicting life in prison as well as life on the outside. He teaches reading and writing, yoga, and even counsels suicidal inmates. He has a spotless prison record without an incident of violence in all of his twenty-two years in America’s toughest jails.

The prisons are overcrowded with non-violent drug offenders who are “warehoused.” Why should this clearly rehabilitated man be kept in jail until the day he dies? 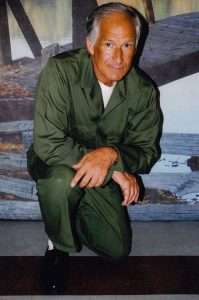 George loves to get cards and letters.  Write to him here:

Getting to Know George Martorano

I asked George Martorano a series of questions to help everyone get to know him better, Here’s what he said:

What meal or food do you crave most that you will want to eat when you get out?
Lobster 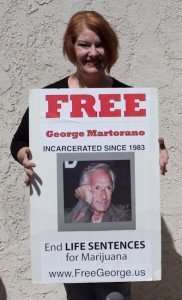 Do you prefer to be near a lake or ocean?
Ocean

What is your favorite sport?
Football

Favorite song(s) and/or musical artist(s)?
House of the Rising Sun by The Animals

What is your favorite color?
White

If you could walk out tomorrow and go anywhere – where would it be and why?
My son’t grave, as I have never been able to visit there.

If you could travel to any country – where would it be and why?
To Sicily to see my picture that was placed in a cave there many years ago during a Catholic ceremony.