What's New...
You are at:Home»Life For Pot»Marijuana Prisoners: James Tranmer is Serving De-Facto Life for Pot 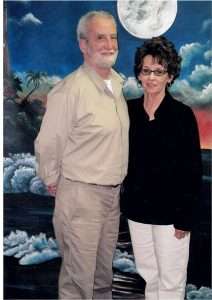 Marijuana Prisoners: About James Tranmer and His Case

Unlike most defendants who are hauled into court and try to disavow their involvement with the thing that brought them there, James Tranmer proudly and defiantly admitted to his marijuana use. When he wrote to me in 2015, he cited one of his greatest accomplishments this way:

“I am an unrepentant ganja man. I refuse to accept any criminality regarding marijuana.” 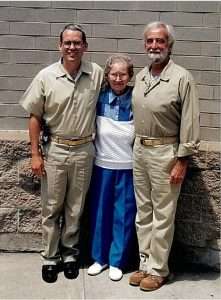 A true hero of the movement, James Tranmer has never waivered from his convictions, despite having the full weight of the United States federal government thrown at him.

A priest in the Ethiopian Zion Coptic Church, a sect of Rastafarianism, Tranmer considers cannabis a sacrament, and considers his prosecution religious persecution.  While he remains outspoken on the topic, he was equally so during his sentencing hearing, a fact that some have speculated might have influenced US District Judge Lacy Collier into giving him a longer sentence.

She in return gave him 35 years for the “crime” of helping to finance his son Brian’s marijuana smuggling venture. Brian served 13 years, 4 1/2 of it in the same prison as his father, and is now released. 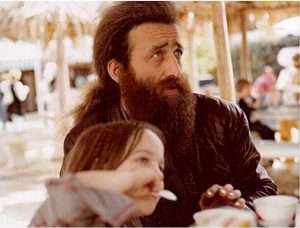 Marijuana Prisoners: A young James Tranmer with his son Daniel

James Tranmer was raised a Catholic in Cedar Rapids, Iowa. Schooled by the Sisters of Mercy, he admits “Though I was not always a good boy, I hold no regrets towards the sisters for the excellent education I received under their tutelage.” James still gets letters from one of the sisters, his 4th grade teacher, who now lives in an assisted living facility.

James served 3 years in US Army, fortunately being discharged before Vietnam got, in his words, “so untenable.”

He married his wife Judith Kay in 1965. Despite all the hardships of his prosecution and incarceration, she still stands proudly by him, as do their four children. He calls his wife his “most trusted friend, a unique lady and a gem of stability.”

One time I asked James what he would do if he had a few extra dollars in his prison account. His answer was unexpected and unlike any of the other inmates I had posed the same question to. He didn’t want anything for himself but said what he would most want would be to have the ability to send his wife some flowers. 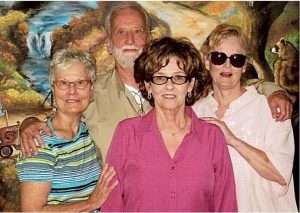 Marijuana Prisoners: James Tranmer with his wife Judith Kay and two of his sisters

James was introduced to marijuana in 1966 while attending a friend’s bachelor party. He liked it then and says his esteem and admiration for this mystical plant continues. Tranmer says, “I have smoked it, eaten it, brewed it in tea, and have always enjoyed the effect it has on me. It is impossible to duplicate the feelings of euphoria I experience when I fire up the ganja.”

He continues, “I’ve grown it, packaged it, transported it, imported it, distributed it, sold it, given it away, and done with all the things which society has found objectionable, and I have never felt as though I had in any way transgressed the divine moral laws that govern mankind…and womankind. I’ve done many things I have later regretted and considered shameful, but none of these acts included my activities with the precious weed. I have always and probably will always as long as I still breathe, champion the unfathomable and countless properties of this fine, misunderstood herb.”

Sadly, unless he receives Presidential clemency, James Tranmer will have to champion the cause of his religious sacrament from behind bars. He will over 80 years old by the time of his scheduled release.

You can bring some sunshine into a prisoner’s day by sending a card or letter.  Write to James here:

I asked James Tranmer a series of questions to help everyone get to know him better, Here’s what he said:

What meal or food do you crave most that you will want to eat when you get out?
My wife’s cooking — any of several delicious dishes.

Who are your favorite authors?
I like a wide variety of books — history, biographies, erotica.  The bible can be comforting too.

Prefer winter or summer?
Winter in the south and summer in the north!

Do you prefer to be near a lake or an ocean?
I have lived near both and enjoy both, but I probably would prefer the Gulf of Mexico.

What is your favorite sport?
Football.

Favorite TV show(s)?
News.  I am not a big TV watcher these days.

Favorite song(s) and/or musical artist(s)?
Beautiful Woman by Toots and the Maytalls; Chuck Carbo for blues and most anything by Bonnie Raitt.

What is your favorite color?
Black or white (either).

If you could walk out tomorrow and go anywhere – where would it be and why?
I’d go home to mama and hope we could still find that old spark for a moment or two.

If you could travel to any country – where would it be and why?
I’m content with the good ole USA for now!

What do you most want people to understand about being incarcerated that you don’t think they understand?
The incredible lunacy and ignorance of most inmates.