Dramatic Marijuana Movies plus Medicated Snacks to Watch By

When it comes to marijuana movies, it seems like there are far less cannabis based dramas than comedies. Perhaps because, Reefer Madness hysteria aside, typical mellow marijuana users aren’t usually all that dramatic. Nonetheless it plays an integral, if not starring, role in a few.  Here are some of my Dank Drama film picks. 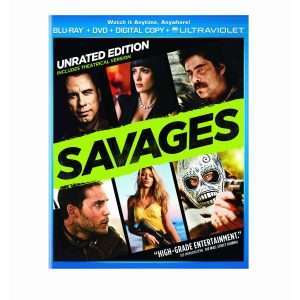 ​(2010) – Oliver Stone’s marijuana themed drama bears little resemblance to the reality of the American cannabis world, although it does show a gruesome glimpse into the havoc prohibition has wreaked south-of-the-border. For pure entertainment value though, this tense drama about a pair of US pot growers whose shared girlfriend is kidnapped by a Mexican cartel delivers… right up until the end but I won’t give that away.

Humboldt County
(2008) – A disillusioned med student finds himself amid the marijuana farmers of California’s Humboldt County in this drama starring Frances Conroy, Fairuza Balk, Jeremy Strong and Peter Bogdonovich. While the plot drags a bit there’s some nice moments and a somewhat realistic glimpse into a counter culture world most people never encounter. 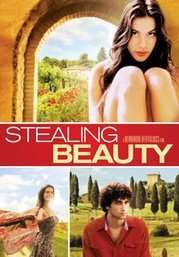 (2002) – While not a marijuana movie per se, ganja plays an important part of Frances McDormand’s free spirited music producer character while she tries to balance the stress of her career and coming to terms with her uptight son when he unexpectedly moves into her house with his fiancée.

Stealing Beauty (1996) – Cannabis is just a regular part of life in this visually beautiful Bernardo Bertolucci coming of age movie. Liv Tyler’s 19 year old character travels to Tuscany after her mother’s suicide to discover the identity of her real father and lose her virginity. Some of the film’s most memorable scenes include Jeremy Irons as a gay playwright dying of AIDS bonding with Tyler’s character over ganja.

Easy Rider (1969) – Peter Fonda and Dennis Hopper take a toke filled road trip from LA to New Orleans searching for the meaning of life, and celebrating sex, drugs and rock and roll along the way in this classic biker buddy movie. It’s also the film that made Jack Nicholson a star and provides a great time capsule look back into the world of late 1960’s America. 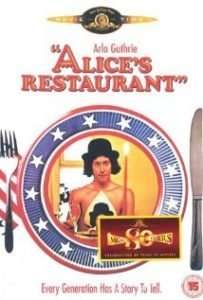 (1969)–- Not as comical as his classic song, this semi autobiographical Arlo Guthrie film lies somewhere between drama and comedy. The marijuana use is so integral it’s incidental, giving a fascinating glimpse into the mood of the Vietnam war era times.

Snacks to Watch Marijuana Moves By