What's New...
You are at:Home»Lifestyle»Entertainment»Marijuana Music: Safe in My Garden by The Mamas and The Papas 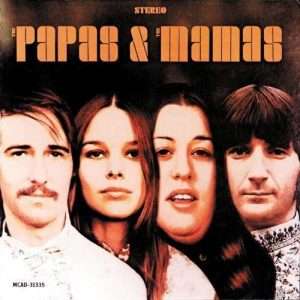 Safe in My Garden

Marijuana Music by The Mamas and The Papas

(1968) One of the more obscure marijuana music songs (I’ve never seen it on any lists except my own), Safe in My Garden, is nonetheless one of my personal all time favorites.

Arguably one of the world’s most beautiful “protest songs,” Safe in My Garden is the ultimate illustration of what made this band so great, namely their incredible soaring harmonies!  In my opinion, a lot of The Mamas and The Papas music was over produced.  Likewise, outside of a handful of brilliant exceptions, many of the songs seem corny by today’s standards.  Safe in My Garden, to be sure, is no exception when it comes to production value, but for this particular song it really works and makes the music elegant and timeless rather than kitschy and dated.

Every bit as timely today as when it was released way back in 1968, gorgeous harmonies underscore this amazing track that contrasts the safety of the garden where “an ancient flower blooms,” with the turbulent protests, police actions, and times of the late 1960s.  While the Vietnam war provided the song’s original backdrop, today’s society faces just as many fierce battles and struggles and, as always, secret gardens can provide sanctuary.

Put on your headphones and give Safe in My Garden a listen and escape to your own safe place.