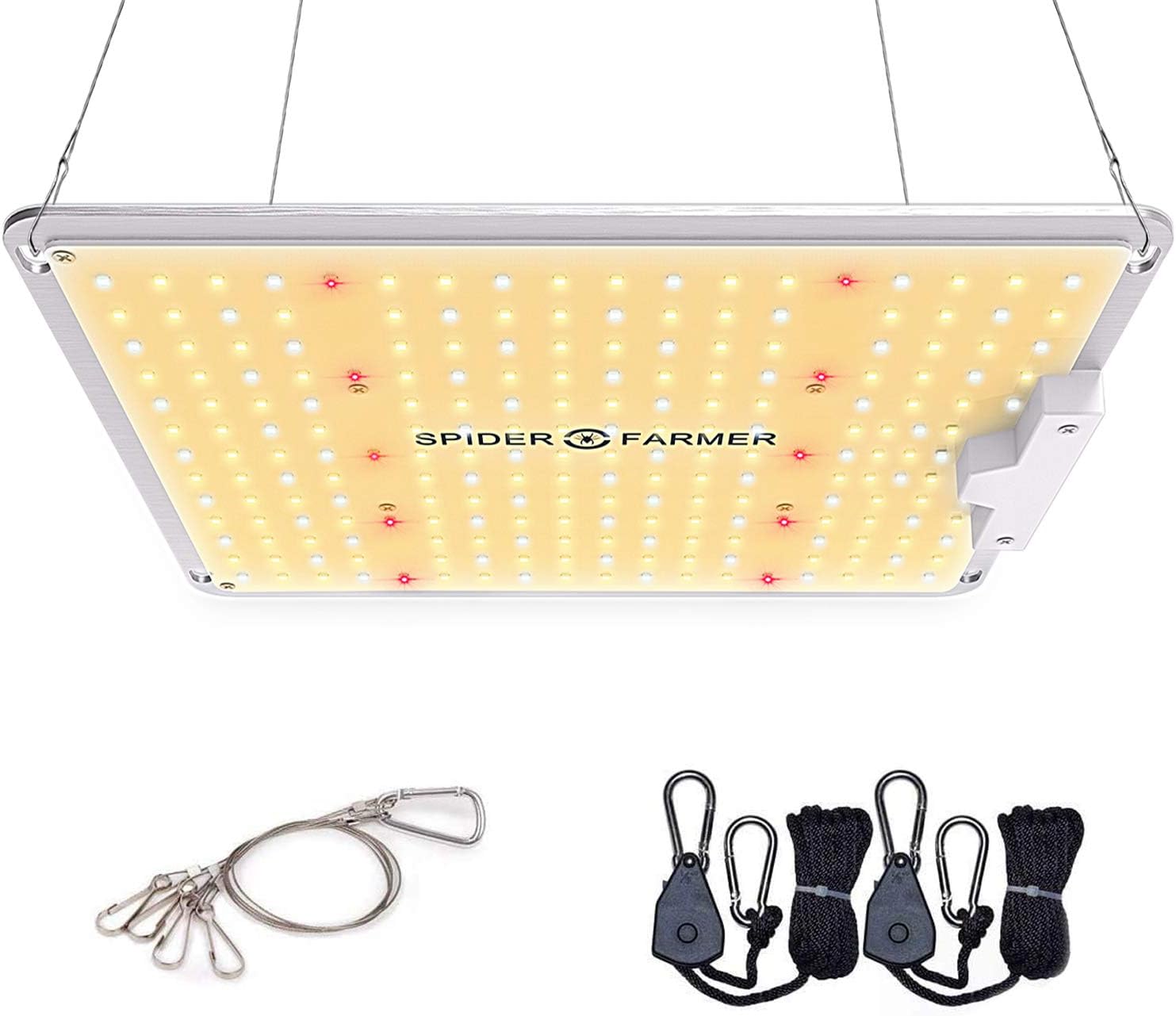 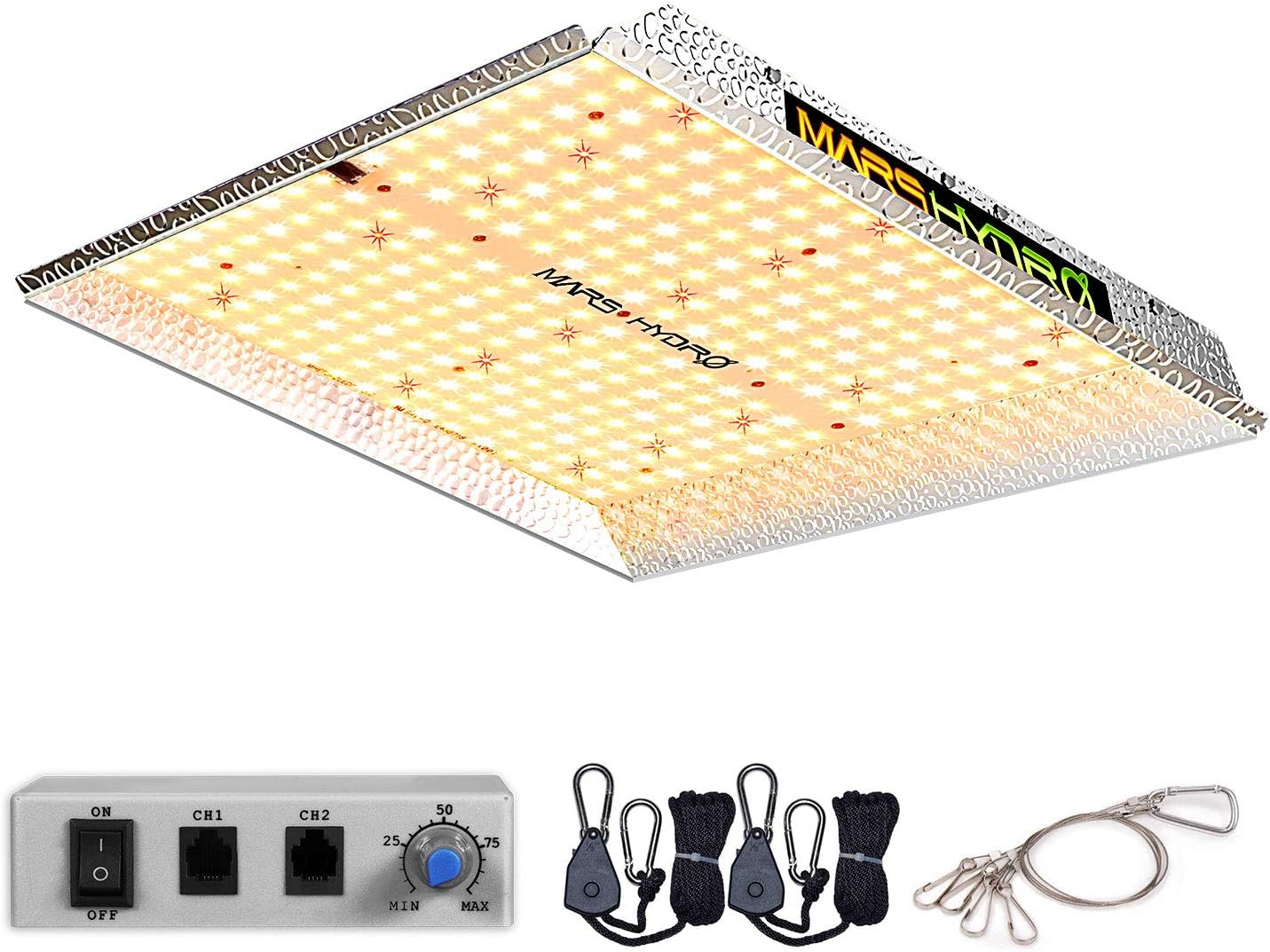 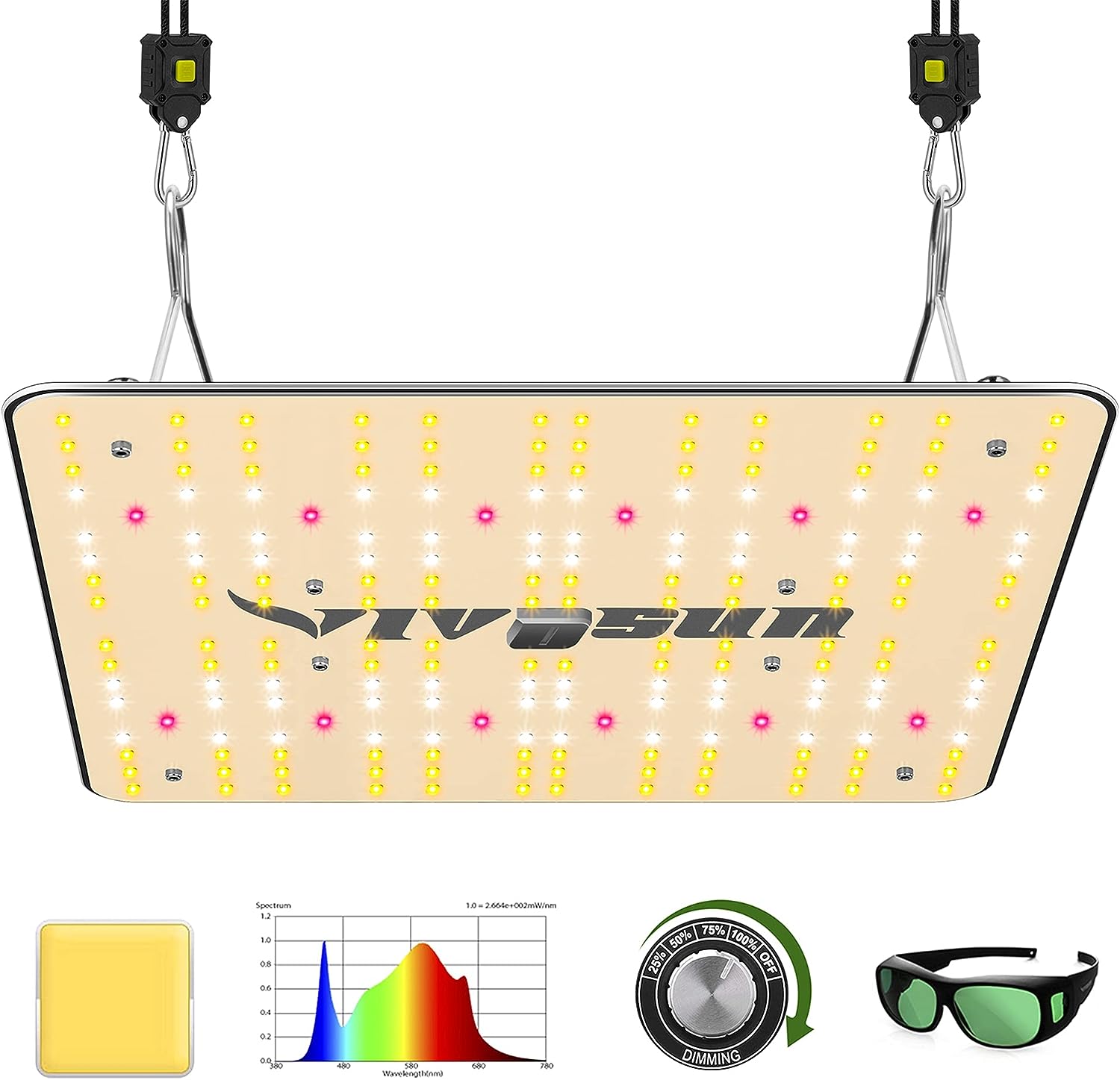 If you are in a hurry and want to do a quick comparison between popular LED Grow Lights, you have come to the right place. In addition to taking a good look at the lights and how they are built, we used a PAR meter to compare some popular brands (more on that later on this page).  The 3 most popular are above.

What you need to know about Growing with LED Lights

LED is an acronym for Light Emitting Diodes and growing with LED lights represents the future of agriculture, and not just marijuana agriculture, ALL agriculture. When it comes to grow lights LED can’t be beat.

Not only are LED grow lights economical, they can actually produce better plants at a lower cost as compared to traditional lighting options like metal halide (MH) and high pressure sodium (HPS) bulbs.

That was not always the case, but LED grow lights have come a long way in the last 10 years or so.

The first LEDs had relatively low light output and a limited selections of color temperatures. Today’s LED grow lights are so bright you should wear protective eyewear (sun glasses) while working around them. They closely mimic the light spectrum of the sun and come in varieties of colors both visible and invisible, such as infrared and ultraviolet spectral ranges.

Using LED lights to grow cannabis, whether it is one or two plants or a huge industrial grow, offers the cultivator many advantages. Let’s explore.

👍 This specific LED Light is the most popular with our readers.

This is an excellent grow light, you'll see it is one of the best values for the money you'll find online.

How do LED Growing Lights Work?

LED’s are small electronic components made of two different types of semiconductor materials, one which has a negative charge known as an electron, the other which has a positive charge, known as a hole.

When electric current starts to flow through an LED, it causes the electrons and holes to collide and release energy in the form of photons in a process known as recombination.

Anatomy of an LED Grow Light

The following image shows you the parts of a typical LED light for growing cannabis. All LED grow lights are the same, more or less, but each brand has slight variations in the ways they put these components together and the brands of parts they use.

You might see the following terms when reading about LED grow lights and while trying to decide what is best for you.

What to Look for When Choosing LED Lights to Grow Cannabis

What should you look for when buying LED lighting for cannabis? To some degree it will depend on your individual situation. But here are some factors to consider:

How to grow cannabis at home

Sign up to receive updates about the lights on this page and other information to help you grow top shelf weed at home.

In addition to taking a good look at the lights and how they are built, we used a PAR meter to compare some popular LED light brands.

If you don’t know what a PAR meter is, read this page in its entirety and you will become an expert on the topic of using LED lights to grow cannabis. But for those who want to get straight to the point, we did a comparison between a number of popular brands of LED grow lights. The chart below is what we found (by the way, sign up here to be alerted when we add new brands and LED grow lights to the chart, as we do so frequently.

Using a PAR meter inside of a 2x2 tent (perfect for small home grows), we checked the amount of light falling at 17 different locations within the tent.  The chart below shows how much light the PAR meter detected from each light at 12, 18, and 24 inches above the meter.

Mitch Mandell started growing cannabis as a teenager after he and a friend built a small greenhouse. He's been cultivating cannabis ever since. Mitch has grown indoors and outdoors, hydroponically and in soil. He's done extensive experiments using both organic and chemical fertilizers, as well as no fertilizer at all (he doesn't recommend this). We are thrilled to add Mitch's decades of cultivation experience to cannabischeri.com.