I was just sent a bunch of samples of Coda Signature chocolate to try and what you are seeing in the video and photo below is the after-effects of the party a few friends and I had a few nights ago to try them out.

Yes, it looks like a mess because the folks at Coda apparently take childproof packaging seriously. Extremely seriously. Trust me you are going to need some hardware to break into these packages. But once you do, you’ll find yummy medicated treasure. 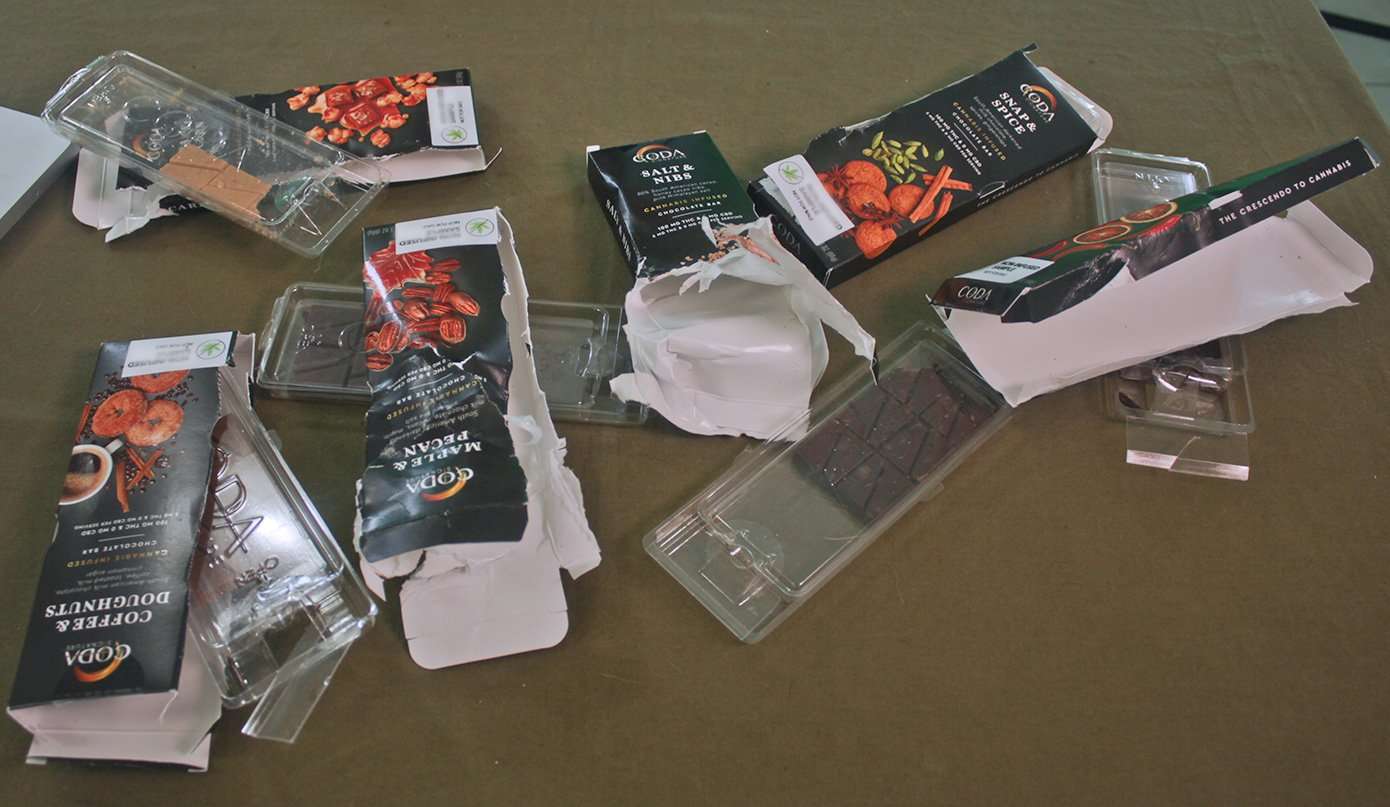 I was skeptical because nobody liked the first bar we tried. The Cream and Crumble Bar is supposed to reflect the flavor of cheesecake, but every one of my testers agreed it had a weird funky flavor, especially on the aftertaste.

Thankfully that inauspicious start did not predict what was to come, even though to be honest, some of the flavors such as Coffee and Doughnuts, or Caramel and Corn, sounded like pretty funky chocolate flavors to me.

But I was wrong!

In fact, some of the strangest flavor combos were my favorites, like the Caramel and Corn that had that sweet/salty thing going on that makes kettle corn so irresistible. Coffee and Doughnuts was like eating a milk chocolate snickerdoodle, YUM. My favorite of all was Fire and Orange, an orange-flavored dark chocolate with just a hint of chili pepper spice.

For me personally, the Ginger and Snap bar had far too overpowering a ginger flavor, but those who LOOOOOOOVE ginger with loooove this one.

The chocolate bars are 100 mgs of CO2 extracted THC per bar, 5 mgs per little square.

Made from ethically sourced cacao that can be traced to specific regions of South America, this is a chocolate bar you can feel good about.

Oh and if you don’t want to just eat your infused chocolate plain, check out my recipe for Dab Torch Pretzel S’mores as these chocolate squares would make some amazing marijuana s’mores.