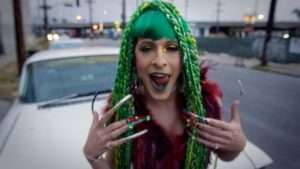 I first heard about Dope State from writer David Bienenstock’s profile of the show on Leafly.    There is a lot to like about this show, but David is right in that the one thing that makes it instantly different from Cheech and Chong, and Dazed and Confused, and Half Baked  and Harold and Kumar, and pretty much all the stoner comedies of old, with the exception of Disjointed, is that this is a stoner comedy for the post legalization world.  Unlike those other classics, prohibition does not play a starring role.  And that is refreshing.

Written, produced, and largely acted by its inventive creator Gabriel Sunday, the show is a comedic parody of the current state of the weed world in the United States. 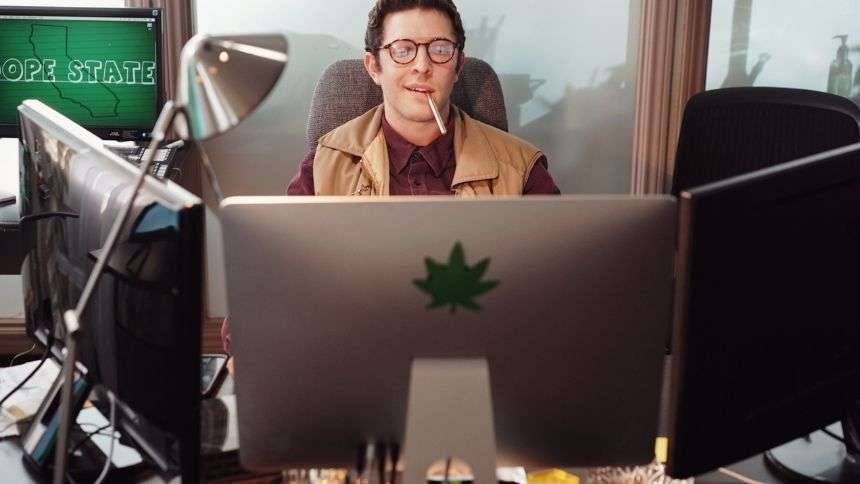 Yes, this is comedy and characters are over the top, but not by THAT much.  After spending years immersing myself in the unique cannabis world subculture, both pre and post legalization, I can honestly say I have met each and every one of these characters.  In fact, I know most of them quite well.

If I have any fear, it’s that the show’s jokes may be a little too “inside baseball” for the masses.  I hope not, but it could be.  But those of us who have been immersed in this world, who have lived this history from fighting to legalize cannabis only to watch it be cannibalized by corporate greed, will relate to these characters all too well.

That’s because Gabriel Sunday did his homework.  Yes, the characters are cartoons, BUT they are firmly based on weed world archetypes.  The comedy can be silly and lowbrow but it is hilarious, and the more involved in the world of weed you are, the funnier it is.

Nobody is safe, OGs, new corporate types, activists, would-be entrepreneurs, You Tube influencers, stoners, abstainers, bean counters, and the myriad of other characters that make up the wild and wacky cannabis scene all make for hilarious fodder in Sunday’s hands.  And because these characters so deftly parody the current state of cannabis, there is actually a lot the casual user can learn by watching Dope State.  The characters may be over the top parodies, but their issues are quite real.

For instance long time OG weed dealer Cooter, brilliantly portrayed to  understated perfection by Rick and Morty co-creator Dan Harmon, is well aware that in age of legalized weed, he is now a dinosaur.

Or the Humboldt hippie couple who are struggling to transition their unlicensed farm into legal compliance and doing whatever they can to stay afloat while trying to find their place in the new hierarchy of “legal weed." They are dealing with a very real and common problem facing many actual mom and pop farms.

Adrian Grenier, of Entourage fame, brings life to the other side of the equation, comedically capturing the Silicon Valley mogul who views cannabis strictly as a commodity and a way to line his pockets, grow his empire, and increase his hipness cachet.  The scenes of industry innovations, such as an AI robot who tells you when you need to get high, are only slightly more absurd than some of the real life “innovations” you can pick up at designer dispensaries backed by corporate douchebags not unlike the Grenier character.

This was another episode that rang especially true to me.  In my own life I remember being at an industry event not too long ago where, unbeknownst to me, my frustration at the silliness of it all was on full display.  I only discovered this later when a friend asked me “what were you rolling your eyes at over there?”   Oooops, my bad.

Of course, the show portrays all of these real issues in hilarious ways, which is not something that is easy to pull off in comedy, so kudos to Gabriel Sunday for doing the impossible of keeping it real while simultaneously keeping it funny.   Kudos also for Sunday’s comedic acting chops.  He portrays most of the show’s key characters, and he is so good at it, he is virtually unrecognizable.  Each character, no matter how outrageous, is also infused with subtle nuances that make this series enjoyable to watch over and over again.

And I predict you will do just that while introducing it to your friends.

I was home alone when I first watched the episode.  It had me laughing so loudly the dog was looking at me strangely.  I almost spit my coffee across the room during Tazzy Dabz “importance of giving back” speech.

Yes, I have met every one of these characters in real life. 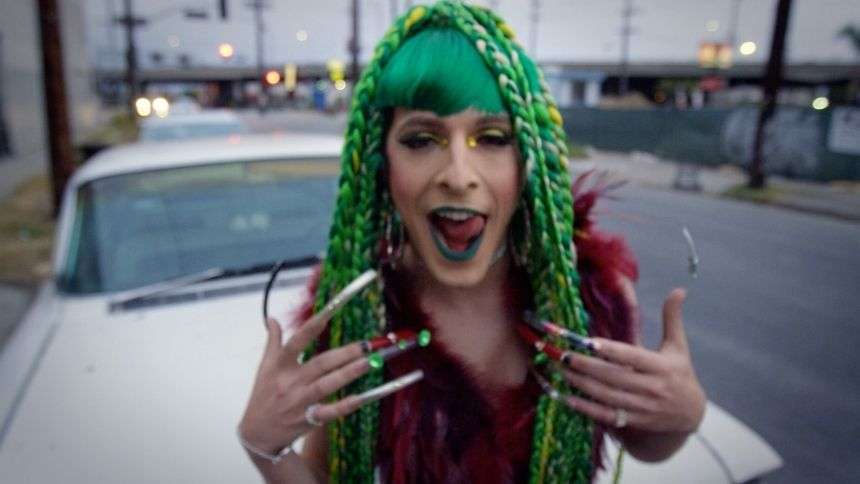 The show, while not perfect, is darn good, especially when you consider it’s a free You Tube series.  Sunday says he created Dope State out of love for the cannabis culture that he grew up and around.  That love definitely shows, especially in the characters who, no matter how absurd, have serious heart.

I was rolling on the floor in laughter through the first 4 episodes.  The last 2, while not as strong in my opinion, are still well worth watching.

Overall I am a BIG FAN and I sure hope there will be a Season 2… and 3 and 4.  The weed world certainly has enough stories to warrant it.  I for one, can’t wait to see what Gabriel Sunday would do with these characters and others at an event like the High Times Cup or Emerald Cup!