If you haven't yet discovered Showtime's underrated gothic drama Penny Dreadful check it out. Seasons I, II, and III are currently out and available for binge watching.  Cannabis lovers will especially appreciate the character if Vanessa Ives, portrayed by Eva Green.

A strong female lead in a period piece about a period when women did not have a lot of power, Vanessa Ives is Penny Dreadful's badass sexy, pot smoking, gothic, feminist super hero!

Named for the cheap serial literature that was sold by the chapter on street corners during the nineteenth century, Penny Dreadful combines storylines from Dracula, Frankenstein, Jack the Ripper, The Portrait of Dorian Gray, and more. Lavish production value, intelligent scripts, and a first-rate cast makes this unusual show well worth going out of your way to see.

We have international explorer Professor Van Helsing, Dr. Victor Frankenstein and several of his creations, American Wild West star and part time werewolf Ethan Chandler, a polyamorous Dorian Gray, and a host of witches, vampires, and other supernatural characters.

On paper it all sounds awful. But instead of coming off as a cheap period piece version of True Blood, Penny Dreadful is brooding, intellectual, spiritual, and thought provoking.

But most compelling of all the characters is Penny Dreadful's lead heroine, the darkly mysterious Vanessa Ives, played brilliantly by Eva Green.

Green deserves an Emmy, Golden Globe, and any other awards they can throw at her for the strength of her performances, which have gone through more changes and emotions in two seasons than most actresses encounter in a lifetime. Vanessa's range runs from a composed proper, educated, Victorian, upper class lady to a naked, demon possessed madwoman fighting for control of her sanity and her soul.

When we first meet Vanessa Ives in Season I it is clear she is deeply troubled and clear she has special powers. A devout Catholic, Vanessa is nonetheless proficient at a number of occult arts including fortune telling, mediumship, and herbology. As her journey progresses she comes to terms with her own religious beliefs to the point of confronting Lucifer himself one-on-one. All while doing fierce battle against all manner of supernatural beings from vampires and witches.

In an age long before women's rights, Vanessa Ives is a strong Victorian woman who lives life on her own terms. She is not married, but is a strong sexual being. She is unafraid to travel without an escort, even to some of the London's more seamy areas where she interacts with some of the city's more seamy inhabitants. And she unabashedly smokes marijuana! You can even spot a snippet of Vanessa smoking cannabis from an elegant cigarette holder in the opening credits, the smoke tendrils framing her beautiful face with its intense deep-set eyes. Season Is finale has Vanessa and Josh Hartnett's character Ethan Chandler sharing a marijuana cigarette on the city streets.

Vanessa seems to toke up any time she needs strength or is under extra stress. Not surprising since she learned her herbology skills from a powerful witch. While we may not think of the Victorians as big imbibers, spiritualists of the era were known to use cannabis and other psychoactive drugs in their ceremonies. And the Victorians helped usher the use of medical marijuana into Western culture with the publication of William O'Shaughnessy's research from India.

Penny Dreadful doesn't make a big deal of Vanessa Ives marijuana use; it's just something she does as a matter of course, just as others might have a cocktail. As it should be. 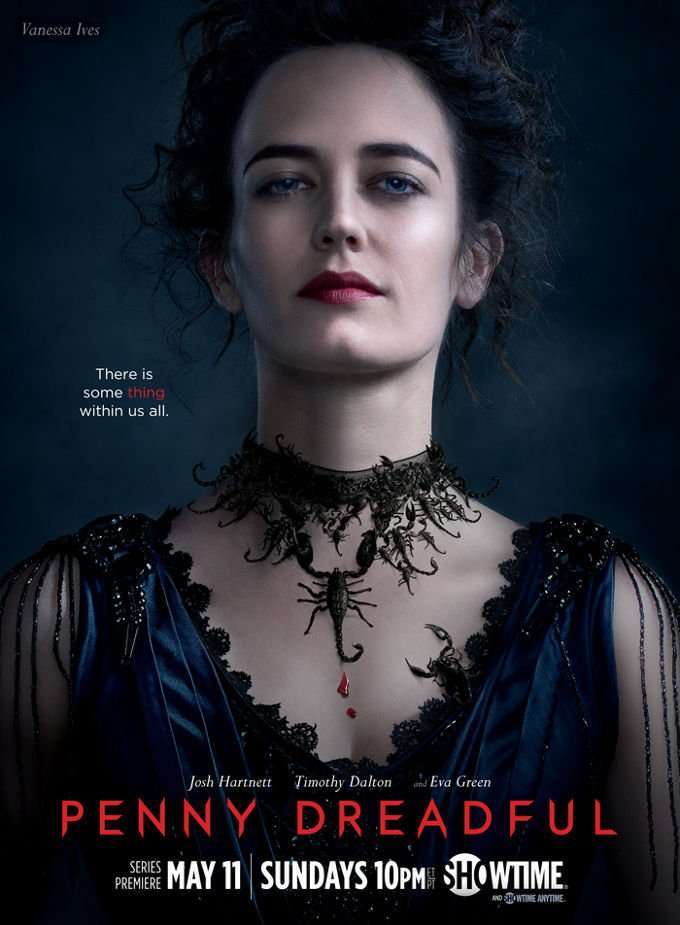 How to Smoke in a Hotel Room: Must Have Travel Accessory

Read More
How to Smoke in a Hotel Room: Must Have Travel Accessory