When it comes to cannabis and Alzheimer’s disease, marijuana can not only help treat the symptoms of this devastating disease, it just might prevent it from ever happening in the first place!

Dementia is a degeneration of brain function causing memory loss, decline in reasoning skills, along with intellectual deterioration resulting in the inability to carry out the activities of daily life. Affecting over 5 million Americans each year, Alzheimer’s disease is responsible for over 50 percent of all cases of dementia, costing over $100 billion a year based on statistics from the National Institute on Aging.

Alzheimer’s, the sixth leading cause of death in America, is a progressive disease that takes over 500,000 lives each year. Although it is considered a disease of the elderly, early onset Alzheimer’s can begin in the 40s and affects about 5 percent of all Alzheimer’s patients.

A major concern is that the number of people with Alzheimer’s disease is expected to escalate substantially as baby boomers enter their “golden years” with an estimated 16 million people developing Alzheimer’s by 2050.  A medical miracle is desperately needed. It just so happens that cannabis may be that miracle. Here’s why:

Researchers at The Scripps Research Institute in La Jolla have found that THC, the long disparaged psychoactive ingredient in cannabis, inhibits the formation of the amyloid plaque. The study noted that THC is a “superior inhibitor” of this plaque compared to drugs currently used to treat Alzheimer’s.

If that’s the only thing that cannabis did, that would be a major improvement in the health of our communities, but cannabis can do even more.

Researchers, this time from the Neuropsychiatry Research Unit at University of Saskatchewan, found that one month after treatment with a synthetic cannabinoid, treated lab rats not only had “significantly reduced measures of anxiety- and depression-like behavior,” but also exhibited “increased newborn neurons in the hippocampal dentate gyrus”—the area of the brain responsible for the consolidation of new memories, emotional responses, navigation and spatial orientation.

So, not only can the cannabinoids in cannabis reduce the plaque that is the hallmark of Alzheimer’s, it can also cause the formation of new nerve cells to mitigate the loss of cells and reduce anxiety and depression which is one of the most common psychiatric problems of the elderly.

Although cannabis’s use to promote neurogenesis may be beneficial to Alzheimer’s patients, the point that needs to be understood is that cannabis is best used as preventative to inhibit the development of Alzheimer’s in the first place.

According to Dr. Gary Wenk, professor of neuroscience, immunology and medical genetics at Ohio State University using a low dose cannabis regime to  prevent the development of Alzheimer’s  “is probably going to slow the onset or development of dementia, to the point where you’ll most likely die of old age before you get Alzheimer’s.”

Research shows that regular use of opiates, alcohol, nicotine and cocaine inhibits the process of neurogenesis, but not cannabis. Do you know anyone who has used only cannabis consistently and regularly during their adult life and now suffers from Alzheimer’s? There must be a few out there as Alzheimer’s has a genetic component, but they seem to be few and far between.

For those with a family history of Alzheimer’s, it would seem to be a prudent course of action to commence a consistent and regular ingestion of cannabis beginning in your early adult years.  Since regular and consistent cannabis use also prevents the development of cancer, reduces depression, facilitates sleep and significantly reduces the consumption of alcohol, the consistent and regular ingestion of cannabis by most people would also seem to be a wise choice.

More Information about Marijuana and Alzheimers 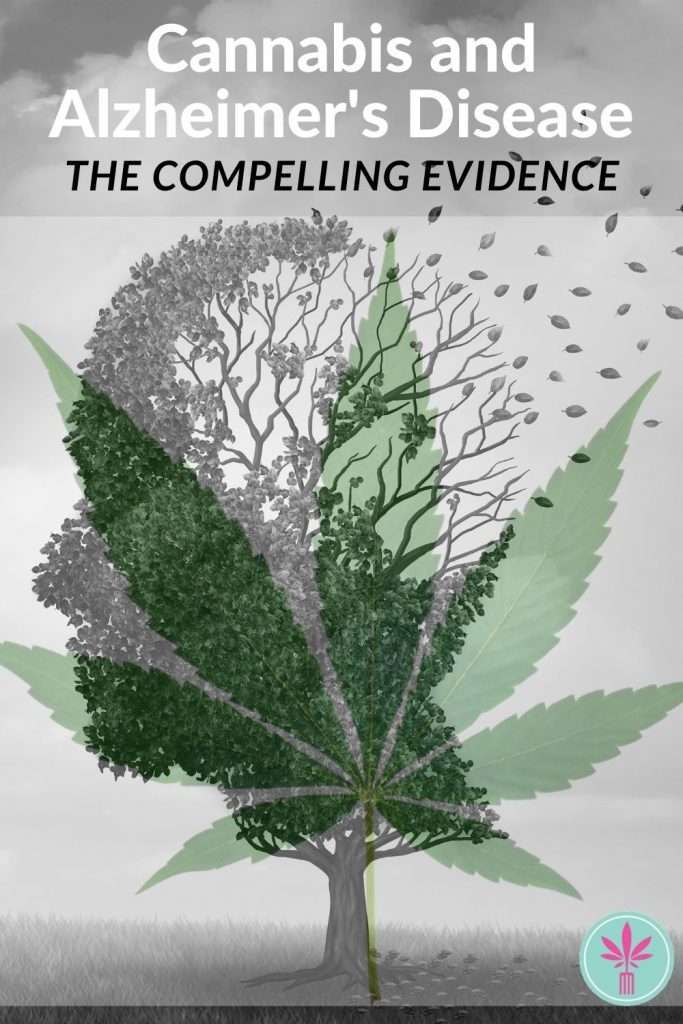 Do Medical Marijuana Suppositories Work? What Can They Do for Me?

Read More
Do Medical Marijuana Suppositories Work? What Can They Do for Me?

Does Cannabis Use Interfere with Dreams?

Read More
Does Cannabis Use Interfere with Dreams?

How Much Marijuana Is Too Much? An RN’s Perspective

Read More
How Much Marijuana Is Too Much? An RN’s Perspective

Does Cannabis Use Raise or Lower Testosterone Levels?

Read More
Does Cannabis Use Raise or Lower Testosterone Levels?

Cannabis and Sex: Is THC an Aphrodisiac?

Read More
Cannabis and Sex: Is THC an Aphrodisiac?

How Does Topical Marijuana Work? Does Cannabis Salve Really Work?