Clearing Up the Confusion About Cannabis Oil: What You Need to Know

There is no single "Cannabis Oil!"

A fellow advocate friend who manages a medical marijuana dispensary recently had a major television news team visit. Prior to the interview the reporter was obsessed about what she called “the oil.” The camera crew HAD to photograph “the oil.”   Much as my friend tried to explain there is no single “oil,” the reporter was still insistent.

I too get the question all the time, “Where can I find cannabis oil?” This usually comes on the heels of a cancer diagnosis.

I then try to explain what my friend said: "There is no one “oil.” 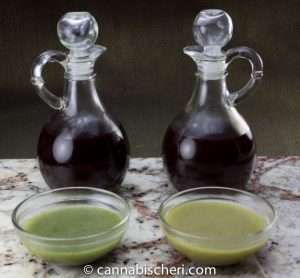 What much of the public doesn’t understand is that there are many, many products that fall under the general term  “cannabis oil.”

In order to clear the confusion of what it means when you say “marijuana oil” or “cannabis oil” there is a need to be more specific.

The semantics can be confusing, especially to someone who does not have a lot of knowledge about cannabis. Sadly, as in my friend’s experience, this often includes members of the media.

At it’s most basic this is any kind of edible oil, infused with marijuana. Infused cannabis oils are most often used in cannabis cooking. Find directions on how to make it here. 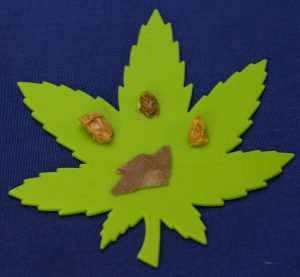 Under this broad heading of “hash oils” one can find many variations, usually in textures. Wax, earwax, shatter, honey oil, and budder all fall into this general category.

You can cook with these oils but more often than not they are “dabbed.” For the uninitiated that means dropping a “dab” of concentrate onto a heated nail (usually glass or metal) and the vapor inhaled. Dabbing necessitates a torch, glass dabbing rig (a specialized bong outfitted with a nail).

Because of the combustible qualities of butane, used to extract the THC, BHOs can be hazardous to make, and manufacturing them carries serious felony charges. BHOs carry a strong concentrated high. BHOs have the same medicinal benefits of other forms of cannabis and seem to be especially useful for those with serious chronic pain or other conditions that need more potency. 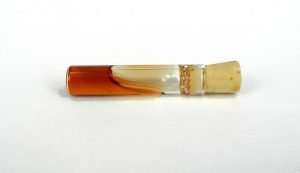 This hash oil is made using a CO2 extraction process. For purity and potency, looks towards CO2 oil. The process of extracting CO2 oil happens retains more of the cannabinoids and terpenes for a better flavor and additional medical effects. Use CO2 oil for vaporizing, or in edibles, or capsules that you swallow like a vitamin.

For patients especially, CO2 offers a cleaner option without the risk of potentially carcinogenic residual solvents than BHOs or Rick Simpson Oil (see below).  Check with a reputable dispensary for cannabis CO2 oil. 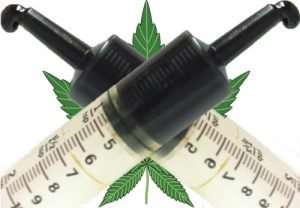 Usually when someone writes to me asking about “the oil,” they are talking about Rick Simpson Oil, named for the man who popularized its use after curing his own cancer. Also known as “Phoenix Tears,” the evidence on RSO is all anecdotal, but the internet is filled with miraculous stories.  Solvents like hexane, naphtha, or isopropanol – chemicals that should not be orally ingested, are typically used in the Phoenix Tears extraction process. While in theory all of the solvents should have evaporated out of the final product, lab tests in California have indeed found octane and even benzene, a known carcinogen, in some of the Phoenix Tears samples.

Dr. Jeffrey Raber of The Werc Shop, the lab that tested the samples, says, “Its a horrible way to make extract, compared to using a high grade Butane, or even better CO2.“

But for the many folks who don’t have access to these kinds of pure solvents or the sophisticated equipment needed for CO2 extraction, Phoenix Tears is an easy, inexpensive concentrate for anyone with about a pound of flowers to make. And desperate times often call for desperate measures. The highly concentrated tar-like RSO is typically consumed orally or used topically.  If you are going to make RSO I suggest using a food grade alcohol, such as Everclear as the solvent. In addition, a cannabis topical is a useful substitute for pain medications which people need badly these days.

The documentary "Run from the Cure” chronicles the whole fascinating story of how Simpson came to use this medicine along with his quest to make cannabis therapy available to all, despite the legal and bureaucratic obstacles blocking his way.

Very similar to RSO except made with a food grade solvent such as Everclear or food grade alcohol. Because of this fact, FECO is recommended over RSO. This is a highly potent, tar-like substance that can be taken orally or topically.

This is blanket term for any oil high in Cannabidiol or CBD, with little to no THC. Just as in the general term “cannabis oil,” CBD oil is extracted with solvents such butane or CO2. While having many medicinal effects, CBD is non-intoxicating, meaning it won’t make you high. Generally. Dr. Raber has talked of cases where CBD actually can convert to THC in the digestive system. Also even high CBD strains of cannabis will contain some THC-A. While most people won’t feel the any psychoactive effect, some highly sensitive individuals might.  Some confusion comes in when people called CBD infused cooking "CBD oil."  But the term CBD oil usually refers to a thick concentrate extraction.

This is CBD oil derived from the hemp plant. While it is true that hemp has more CBD than THC, it is not rich enough in either. The claims about hemp based CBD oils are dubious at best and patients are far better advised to stick to CBDs derived from cannabis or what is now branded as phyto-cannabinoid rich hemp (which is the same as low THC cannabis). For more information on the difference, check out this article.

Highly nutritious hemp oil contains only trace amounts of THC and will not get you high. It is a potent health food and used in lots of other industries including cosmetics, fuels and plastics. Hemp oil, pressed from hemp seeds, is almost always commercially produced. 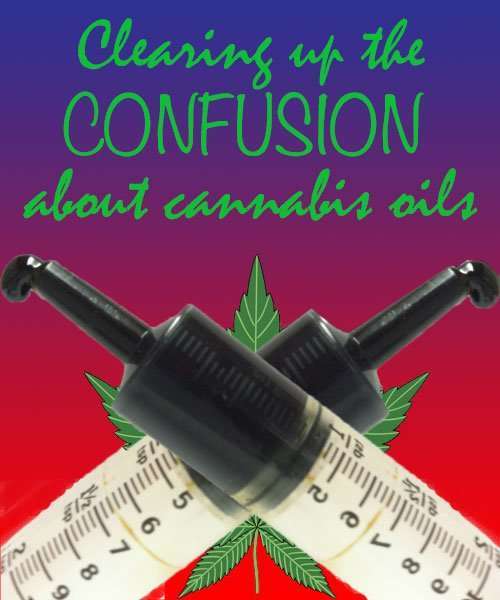