Surprising Facts About Cannabis and Diabetes and Weight Loss

Obesity and diabetes are two of the major health epidemics plaguing Americans. Marijuana for weight loss may turn out to be just what the doctor ordered to treat this seemingly intractable disorder that is shortening lives, decreasing the quality of life, filling up our nation’s hospitals, and driving health care costs through the roof.

Even though cannabis consumers take in more calories than non-consumers, recent studies have shown that those who use the plant are less likely to be obese, have a lower risk for diabetes and maintain lower body-mass-index measurements.

Now a new study entitled “The Impact of Marijuana Use on Glucose, Insulin and Insulin Resistance among U.S. Adults,” published in the ever-so prestigious American Journal of Medicine, has confirmed that people using marijuana are less likely to develop Type II diabetes, really do have smaller waist circumferences (1 1/2 inches smaller on average than non-cannabis users) and higher levels of HDL cholesterol, the ostensibly good cholesterol that lowers the risk of cardiovascular disease.

The researchers studied the blood sugar-related effects of cannabis use among participants in the National Health and Nutrition Examination Survey from 2005 to 2010. What they found, according to lead author and associate professor of medicine at Harvard Medical School Murray Mittleman, was “that current users of marijuana appeared to have better carbohydrate metabolism than nonusers. Their fasting insulin levels were lower, and they appeared to be less resistant to the insulin produced by their body to maintain a normal blood-sugar level.”

All of these factors lead to a decrease incidence of Type II diabetes. What needs to be noted and understood is that in order to achieve these benefits, a person must be currently using cannabis. People who are no longer consuming cannabis are no better off than people who have never used the plant.

Help for Those Who Already Have Diabetes

In addition to lowering the incidence of Type 2 diabetes, cannabis is enormously beneficial to the millions who have contracted this debilitating ailment.

In addition to pain relief, the anti-inflammatory action of cannabis can help lessen the arterial inflammation commonly associated with diabetes. Circulation is also improved as blood vessels are opened due to the vasodilator properties of the cannabinoids found in cannabis. Although not an anti-hypertensive in the same sense as an ACE inhibitor like Lisinopril, cannabis can aid in lowering blood pressure which is an important part of managing diabetes.

The Financial Impact of Marijuana for Weight Loss and Diabetes

The latest study on the fiscal impact of diabetes was done in 2007 and  estimated that for people with Type 2 diabetes, national medical costs totaled $105.7 billion with indirect costs totaling $53.8 billion for a cumulative total of $159.5 billion. The cost would be considerably higher now not only because of inflation, but because the number of people with diabetes continues to increase. In 2007, 23.6 million Americans had diabetes or 7.8 percent of the population. In 2011, the number had increased to 25.8 million or 8.3 percent of the population.

The widespread use of marijuana would significantly reduce the number of people with diabetes thereby saving billions of dollars in health care costs. Besides preventing people from getting Type 2 diabetes in the first place, cannabis also improves the quality of life for the millions of people with this literally pandemic disease.

A Word of Caution

A note of caution and common sense—don’t stop going to the gym and start eating all the Big Macs you want just because you consume cannabis. Exercise and proper nutrition are still the most important factors in preventing the onset of Type 2 diabetes—it’s just that if you take a few tokes before you eat and exercise and then take a few more afterwards, your chance of getting this disease is further diminished and your overall health will be improved. 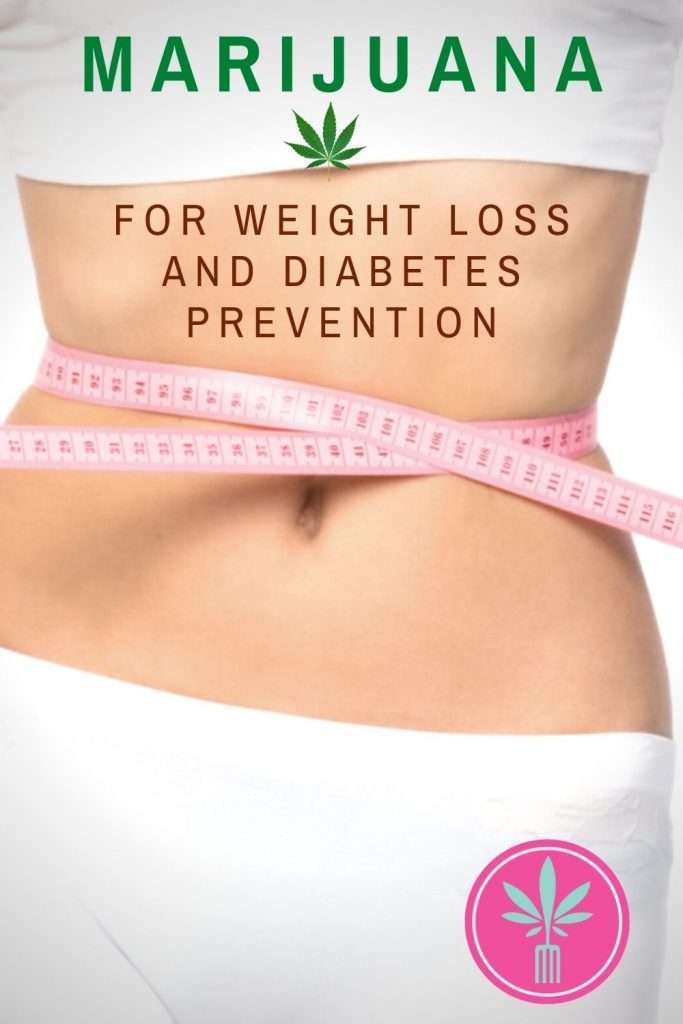