It might sound strange to think that mixing cannabis with a carrier oil to create THC suppositories and putting those cannabis suppositories “all up in there” could provide therapeutic relief.  But when you think about the science behind how cannabis topicals work, it actually makes a whole lot of sense.

Cannabis Topicals?  I thought we were talking about medical marijuana suppositories.

We are.  But when it comes to how they interact with the body, cannabis infused suppositories are essentially strong topicals you use internally, either rectally or vaginally.

Well at least the science of how cannabinoids interact topically with the body makes sense.  But, unfortunately, like many areas of cannabis, and especially topical cannabis, specific scientific research on the efficacy of CBD or THC suppositories is sparse.  And what little research there is has mostly come from studies on animals, not humans.

That said there is a ton of anecdotal evidence about cannabis suppositories.  This is important because a whole lot of what we do know about cannabis in general has come from people’s collective experiences with it.  Likewise,  we cannot discount anecdotal evidence, especially since clinical research has been slow to catch up due to political interference blocking it for decades.

My Own Experience with THC Suppositories

Despite knowing how cannabis topicals work, I have to admit I was nonetheless skeptical of THC suppositories at first.  But then I tried marijuana suppositories and quickly became a believer.

The pain level from my sciatica decreased significantly.  The next day!

Wow.  I was impressed.

I began to be able to stretch and regain some flexibility on that side of my body again, something that had been impossible for over a year.

I now use cannabis suppositories regularly and am bothered far less by this chronic condition.

Then I gave some cannabis suppository samples to a friend suffering with hemorrhoids.  He felt immediate relief too!

But CBD and THC suppositories can help far more than just sciatica and hemorrhoids.  Read on.

When you think about it, it would only make sense that suppositories could provide an effective delivery system for cannabis.  For one thing, even without cannabis, rectal and vaginal suppositories have been in use for hundreds of years as methods of delivering medicine to the body.  Likewise, there is no reason to think this delivery method wouldn’t work with cannabis.

We already know from studying topicals that cannabinoids can be absorbed through the skin and mucous membranes.  But beyond that, consider the fact that the colon contains both CB1 and CB2 cannabinoid receptors and that these receptors are responsible for mediating many of THC’s effects.

In addition, the entire pelvic region houses a complex network of nerves that travel up the spine and down the legs.

Likewise, rectal and vaginal applications of cannabis can provide effective, localized relief for a number of different conditions. 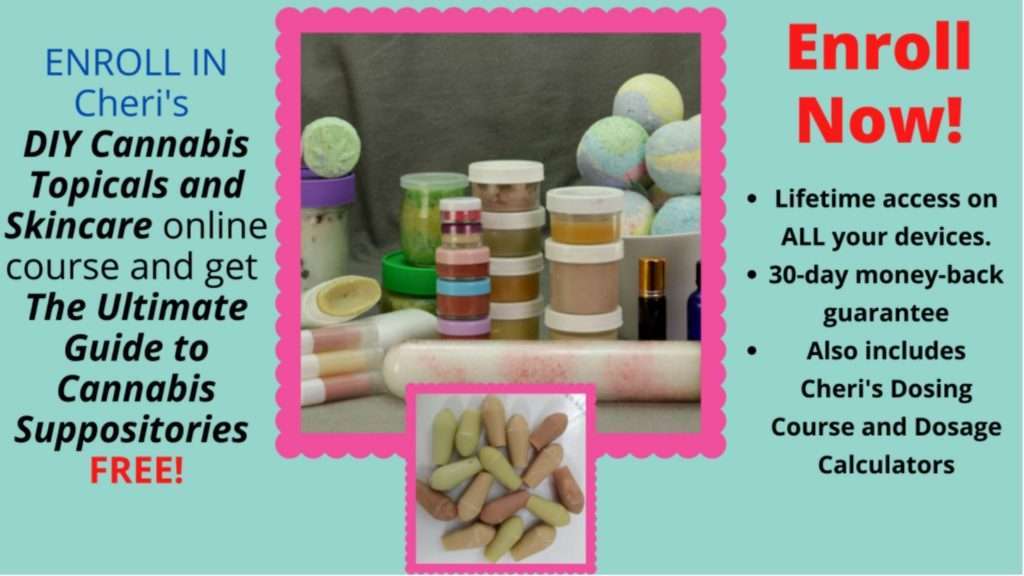 What Conditions Can Cannabis Suppositories Treat?

Many people have also reported relief from digestive issues such as irritable bowel syndrome and Crohn’s disease.

Even if you and your partner don’t suffer with any of these conditions, a lot of people also report a general sense of relaxation and sexual enhancement by using cannabis suppositories or other cannabis topicals in the bedroom.  Why not give them a try and what they can do for your love life.

Do Cannabis Suppositories Get You High or Cause You to Fail a Drug Test?

Whether or not one can get high from weed suppositories, or have them be the cause of a failed drug test, is the topic of fierce debate on cannabis message boards.  Lots of people claim to feel high from using THC suppositories.  However, the science we have absolutely does not back these claims up.

That said, I want to refer back to what I said previously: a lot of what is known about cannabis comes from people’s personal experiences with it and research on cannabis suppositories is limited.

So while I do not believe cannabis suppositories will make you high or cause you to fail a drug test, if your life absolutely depends on not failing a drug test, consider another delivery method in order to exercise an abundance of caution.

That said, according to the science available, cannabis suppositories do not cross the blood barrier so they should not cause intoxication and should not show up on a drug test.   Suppositories react in the body in the same way that topicals applied to the skin do, providing localized relief but not crossing the blood/brain barrier.

But preliminary research has shown promise in cannabis’s effectiveness through local pathways in the colon and elsewhere.  In either case, much more study is needed.

In fact, a number of studies have called into question the rectal bioavailability of THC and have found no circulating levels of Δ9 THC in the bloodstream after rectal administration.

Project CBD has even reported that one researcher, Dr. Mahmoud ElSohly of the University of Mississippi, has gone so far as to say that any cerebral intoxication experienced using cannabis suppositories is a result of the placebo effect rather than the activation of the CB1 cannabinoid receptors in the brain – which is what makes us feel high from THC.

OK, so according to Dr. ElSohly and other researchers, you are not going to feel high from using cannabis suppositories.

Who Should (And Should Not) Use Medical Marijuana Suppositories

Because they are not going to make you feel intoxicated, suppositories, like topicals, can work for nearly everyone, even those who traditionally might be resistant to cannabis or who never want to feel high.

One exception is cancer patients undergoing chemo-therapy.  According to cannabis specialist Dr. Bonni Goldstein, chemo causes thinning and sloughing of cells of the lining of mucus membranes and decreases the ability of the immune system to fight infection. Inserting a suppository could potentially introduce infection-causing bacteria.  So if you are a cancer patient, you would definitely want to check with your physician or a qualified physician who specializes in cannabis, such as Dr. Goldstein or Dr. Frank Lucido, before using cannabis suppositories.

Also, if you have a lot of allergies and sensitivities in general, you should use caution with ANY topical or suppository product, regardless of whether or not it contains cannabis.

How to Make Cannabis Suppositories

Can you make your own cannabis suppositories?

No worries if commercial suppositories are not available in your area, or if their price tags keep them out of reach.  It is surprisingly easy and inexpensive to make cannabis suppositories at home using either plant material or FECO (full extract cannabis oil).

Because marijuana suppositories work much like cannabis topicals, I upgraded my DIY Cannabis Topicals and Skincare course to now include cannabis suppository making.

I even include my now-famous topicals dosage calculators that do all the math for you.

Once enrolled you get LIFETIME access to the courses, including any future upgrades.    Enroll today! 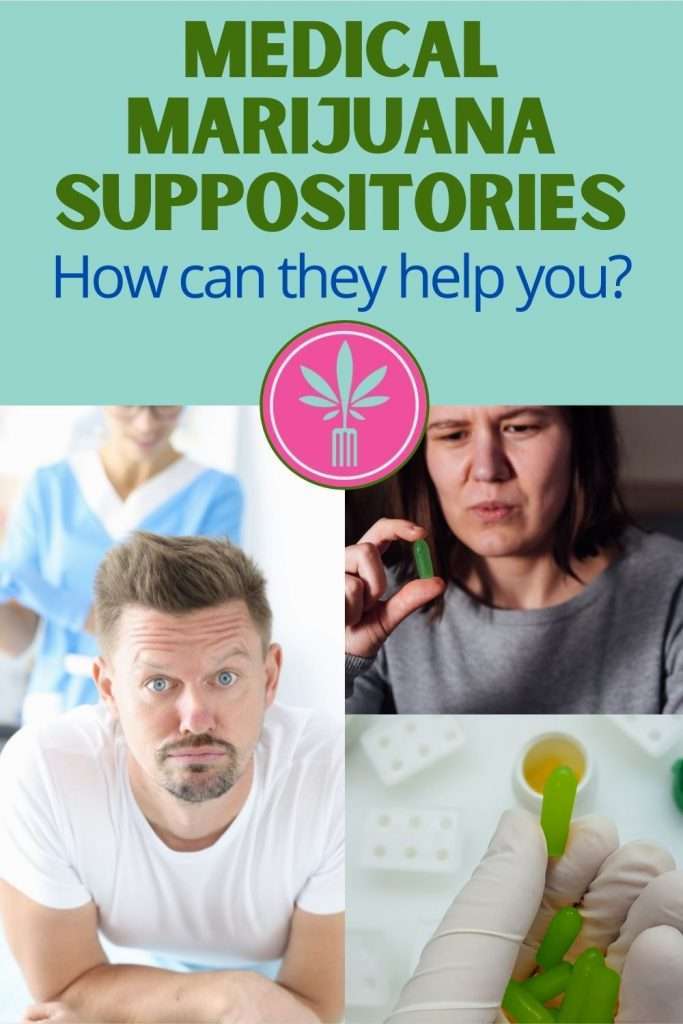 How Often to Use Cannabis Salve and Other Topicals