I was just gifted some shake for cooking.  I took your free online dosing class that talks about estimating THC percentages.  How would I estimate shake as opposed to flowers?  How about trimmings as I have friends who grow who sometimes give me their trim?

Cannabis shake is WONDERFUL and I highly (no pun intended) recommend it for cooking.  Not all providers have it but if you can get it, it is usually the best marijuana cooking material from a quality/price perspective.

Let's start with What is Shake

For those not familiar with the term, think of shake as the marijuana equivalent of the crumbs at the bottom of a bag of potato chips. These are the small pieces that might break off and filter to the bottom of a large bag of marijuana. Shake is usually a fraction of the cost of the prettier, higher priced flowers. In addition to providing a lower cost smokable/vapable option for those on a tight budget, it’s also great for making marijuana butter, oil or any number of other infusions. Not all vendors sell shake, but many do and others can get it if they have someone who wants it, so it never hurts to ask if they have shake.

As to THC percentages, estimate shake at a little less than you would the buds it came from, although shake can still be pretty potent. As an example my dispensary gave me some shake made from a bunch of their strains, which range from 18 - 26% THC.  So when I am dealing with shake from a range, I would estimate it closer to the low end of the spectrum, in this case 18%.  If it is shake from a single strain, for instance 20% cannabis I would estimate the shake at about 18%.   Less but not significantly less. 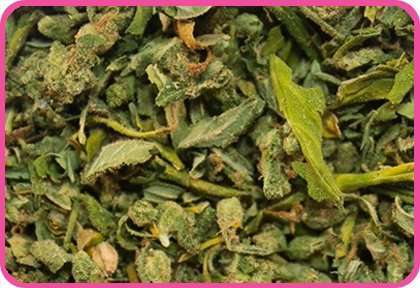 Marijuana trim (also known as trimmings), on the other hand, will be significantly less potent.  The percentage of THC in trim can vary widely depending on the overall potency of the plant itself, but also on the mix of plant parts in the trim mix.  Small popcorn buds and sugar leaves - the tiny leaves the grow around the marijuana flowers - are more potent than the large pretty fan leaves.  The more the more of your trim that comes from the part of the plant close to the bud; and/or the more small buds in your trim mix; the more potent it will be.  This can range from 2-3% up to about half of what the flowers might be.  I usually use at least double the amount of trim as flower.  Personally, I never include larger fan leaves in my trim mix as their plant matter to trichome ratio is too high.  I have done some cooking experiments with them and found I got a headache from edibles made from this part of the plant.  Purely anecdotal but that was my experience.  I do, however use these leaves, when I have them, for raw juicing or for making topicals. 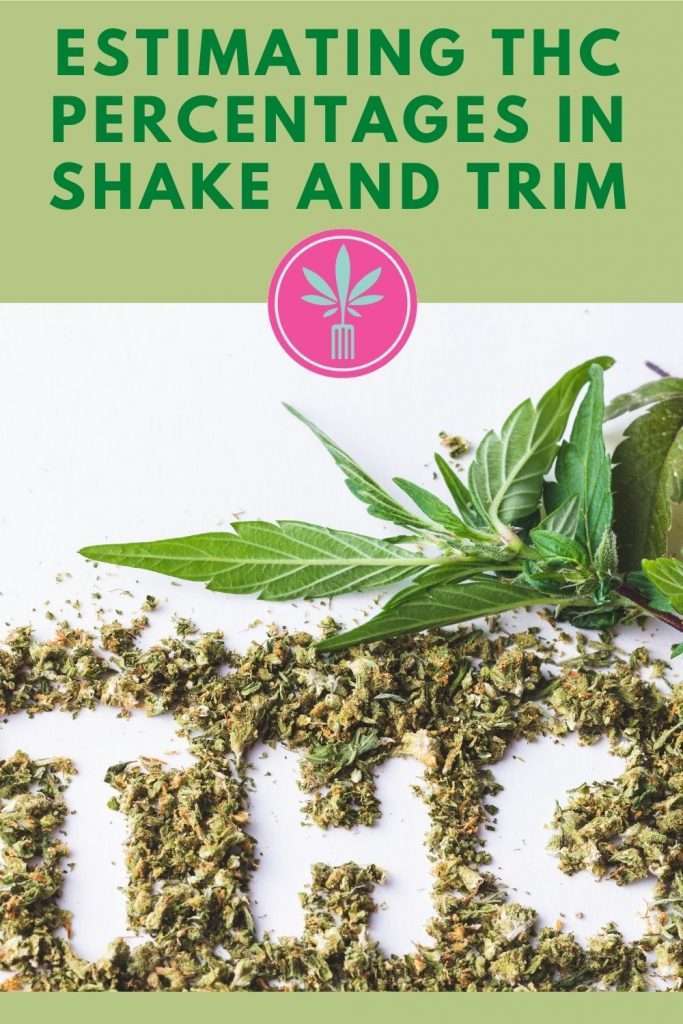 What’s the Ratio of Kief to Flowers when Cooking with Cannabis?

No Lab Test? No Problem. Help with Estimating THC Percentage in Cannabis

Read More
Must Cannabis Be Dried Before Using to Make Edibles?