Dennis Peron Changed the World, Marijuana Was Only Part Of It 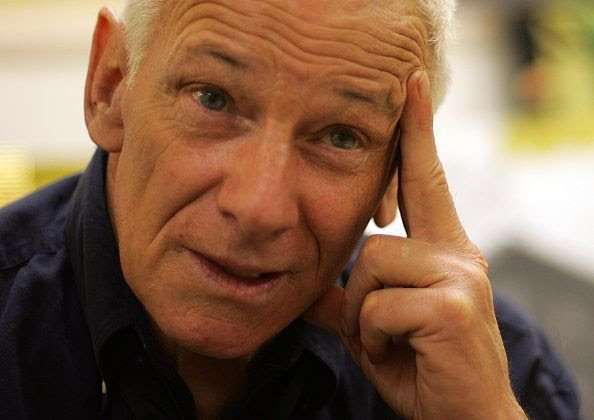 Dennis Peron died Saturday, Jan. 27, 2018, at the far too young age of 72. He is being remembered and eulogized as the father of medical marijuana. Yes he was certainly that, but he was much more than that. In my estimation he changed the world for the better more than almost any living person today.

The last time I was a guest at his fabled Castro Castle was in 2015 where we had marijuana fueled chats late into the night. It was there that I told him that not only was he a personal hero of mine, but that I considered him to be one of the most important and influential people of our time. He shook his head in denial of my thesis but under his modest exterior I knew he knew better.

Dennis understood the power and necessity of political involvement. He was a realist of the first order and knew that marijuana legalization and the end of the War on Drugs would not come about until people took action.

Knowing firsthand how marijuana benefited people afflicted with AIDS, Dennis recounted in an interview for the unreleased Documentary American Dream: Cali’s 215 how the death of his lover Jonathan West from AIDS in 1990 inspired him to take action. “I dedicated my life to the thousands of Jonathans in the world who were suffering from purely political reasons.”

To that end, he was the originator, propagator, organizer and chief agitator for Prop. P which legalized medical marijuana in San Francisco. It was the first time since the beginnings of marijuana prohibition in 1937, that a law was passed directly challenging federal and state prohibition laws and making it available again.

Prop. P was just the beginning as he successfully got three bills through the state legislature legalizing the use of marijuana medicinally only to have all three vetoed by Governor Pete Wilson.

Out of sheer frustration and with a mountain of determination, he then took the extraordinary step of commencing a state initiative that would legalize the medicinal use of marijuana. With the help of activists and lawyers, the three medical marijuana bills were rolled into one initiative which was given the number 215.

There has been all kinds of arguments and recriminations on how it got passed, who got it passed and who should get the credit ad nauseum. It really doesn’t matter who got the nuts and bolts together to get it passed. None of the people or organizations who put in the blood, sweat, tears and money into getting it onto the ballot and eventually passed would have had the chutzpah to even begin a ballot initiative in 1996. Everyone was talking – Dennis was doing.

Dennis wanted to see marijuana legalized, but being a political realist and being so impacted by the life affirming qualities of marijuana, he knew the path to legalization and ending the War on Drugs had to be incremental. 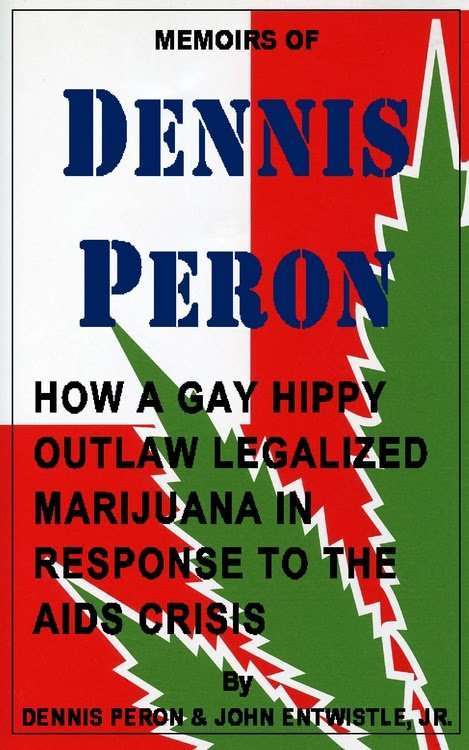 In the documentary interview he explained that “Part of me was to expose this War on Drugs for what it really is which is a war on patients, war on people, war on the most wonderful people of America – the most thinking and loving people of America – the people who smoke marijuana. My whole being has been to legalize marijuana but in the interim maybe we could legalize medical just for those people.”

I know from my talks with Dennis that he had reservations about the marijuana legalization initiatives, but he was well aware that the linchpin of the War on Drugs was marijuana prohibition and that only by legalizing marijuana would that linchpin ever come undone and the iron door of prohibition fall.

He knew what he had begun was far more than just re-storing the medical uses of this ancient plant. At the very beginning of the interview he stated “My name is Dennis Peron. I am the author of Prop. 215. You can say that is the beginning of the end of the War on Drugs. It did change the world.”

Next to the genocide of Native Americans and the enslavement of Africans, the War on Drugs is the most hideous, murderous, reprehensible and inhumane racist program undertaken by the United States government and abetted by almost all segments of American society. This country has exported our War on Drugs throughout the world resulting in millions murdered and tortured with untold millions of lives and families destroyed and ruined through imprisonment and criminal sanctions.

Dennis Peron: More Than the Father of Medical Marijuana

Dennis is indeed the father of medical marijuana, but that is just an adjunct achievement to the major accomplishment of his life. More than any one other individual, Dennis dealt a lethal blow to the police/prison/industrial triumphant that profits from the trillions of dollars shoveled down the bottomless pit of prohibition and the cruelties and misery inflicted on people all over the world.

Without the foresight and dynamic energy of Dennis, the U.S. would not be even close to where it is today in legalizing marijuana and winding down the War on Drugs We follow in his footsteps with gratitude and a determination to finish what he so bravely, knowingly and heroically foresaw and began.

Dennis was interviewed by Eddie Funxta in the making of the documentary American Dream: Cali’s 215. The interview was conducted in 2010 at the Hotel Normandie in Los Angeles which Dennis was hoping to open as a hotel similar to his Castro Castle in San Francisco only on a much larger scale.

The documentary from which this interview was taken has still not been released but to view the interview with Dennis Peron CLICK HERE. To see a video recounting the life and times of Dennis Peron, CLICK HERE

Read More
Why You Should Avoid Making Glycerin Tinctures

Can you eat decarboxylated weed?