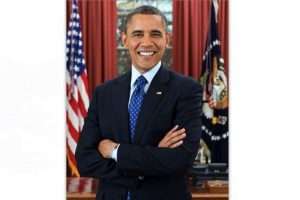 “The cost of our health care has weighed down our economy and the conscience of our nation long enough. So let there be no doubt: health care reform cannot wait, it must not wait, and it will not wait another year . . . If we don’t do this, nobody argues with the fact that health care costs are going to consume the entire federal budget.” —President Barack Obama, Feb. 24, 2009

The Kaiser Family Foundation estimates that health care costs reached $2.2 trillion in 2007, more than three times the $714 billion spent in 1990, and over eight times the $253 billion spent in 1980. Costs are going up, and if President Obama is truly serious about health care reform and reducing the costs, cannabis should be at the top of his list for change we can believe in.

Returning cannabis to our nation’s medicine cabinets would have a significant effect on both improving our nation’s health and reducing the cost of providing health care. It can do that by preventing the development of illnesses such as cancer and cardiovascular disease, maintaining good health by aiding sleep and stimulating appetite and enhancing healthier lifestyles by reducing stress, enlivening exercise and facilitating socialization.

Cannabis can also reduce the costs of providing those services. The ability of cannabis to just make a person feel better is legendary. Although helping a person feel better is good in any situation, it’s especially helpful in a hospital setting where nurses provide therapeutic treatments to their patients. A patient who is feeling better responds much more positively to treatments, and by responding positively they will get better quicker and out of the hospital sooner.

Another of the many other ways the use of cannabis can significantly impact the costs of health care is its ability to provide safer and often more effective symptomatic relief than many prescription pharmaceuticals. This is especially true for analgesics (painkillers) and psychiatric drugs (anti-depressants, anti-psychotics, anti-anxiety, anti-seizure and ADHD medications). These drugs alone account for at least one-third of the annual $200 billion spent by Americans every year on prescription pharmaceuticals.

Research has conclusively demonstrated that cannabis can work synergistically with these medications to significantly reduce the amount of prescription pharmaceuticals patients need to ingest to receive relief. In many cases, cannabis can eliminate the need for these prescription pharmaceuticals entirely. In the words of Drug Enforcement Administrative Law Judge Francis Young, “Marijuana, in its natural form, is one of the safest therapeutically active substances known to man.”

Another major way that cannabis can reduce health care costs is by reducing the consumption of alcohol. Many people find that cannabis provides the same social and consciousness-altering benefits as alcohol without any of the debilitating consequences.

“Having cannabis available as an alternative to alcohol will not only reduce the number of lives ruined, but will significantly reduce the estimated $185 billion annual burden on society from health care costs, productivity loss and other factors stemming from alcohol abuse, as cannabis does not destroy your brain, heart or liver, does not cause cancer or pancreatitis and does not make you so violent that you beat up your wife and send her to the hospital.

This is not to say by any stretch of the imagination that if you use cannabis you can toss all your other medications into the trash, or that cannabis alone can solve all the problems that beset our nation’s health care system. Add everything up, though, and you will discover that reintroducing cannabis could save close to $1.5 trillion a year in direct and indirect health care costs. And since marijuana can be grown like alfalfa, its production costs are just like its negative side effects—totally and completely insignificant when compared to the enormous and far-reaching benefits that cannabis provides.

Someone needs to tell the President, the U.S. Congress and the American taxpayer that when it comes to health care reform, start with cannabis.

Cannabis Cheri: Is It OK to Use 40-Year-Old Weed?; Pot Potato Salads