What's New...
You are at:Home»News and Politics»The Week in Weed 6-20-15 Marijuana News 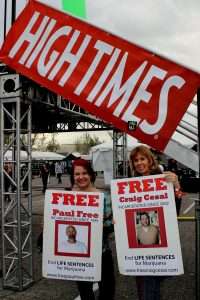 $3.7 Million Medical Marijuana Research Donation Inspired by Granddaughter — A pair of Australian grandparents on Friday made the biggest-ever donation to medical marijuana research to investigate its use in treating childhood epilepsy and other diseases. Barry and Joy Lambert’s granddaughter Katelyn suffers up to 1,400 seizures a day, and medicinal cannabis could save her life, reports Alicia Wood at The Daily Telegraph. Lambert said he and his wife made the $33.7 million gift after seeing Katelyn respond to cannabis treatments for her debilitating condition, Dravet syndrome.

Governor Bobby Jindal Denies Clemency to Man Serving 13 Years for Possessing 2 Joints — Bernard Noble, an individual serving 13 years for possessing two marijuana joints applied for clemency and was recently denied. The reason behind the denial was he had not yet served 10 years in prison. Bernard’s sentence is a prime example of the draconian nature of the marijuana laws in many states across the country. In stark contrast to Louisiana, many states have decriminalized possession of marijuana for personal use, with the offense being punishable by a fine and with no threat of jail time.  This is truly a case of injustice and the vehicle of clemency is totally appropriate here. But for some reason Gov. Jindal and his administration refuses to show compassion.

A Life for Pot Prisoner’s Two-Decade Plus Quest for Justice — Paul Free has worked tirelessly, every day, against near impossible obstacles and odds, for over two decades, to get a chance at the justice that was denied him during his trial. If he wasn’t writing a motion, or a reply, or an appeal to the courts of appeal, or to the Supreme Court, he was waiting on a response from them. All the while he was gathering as much evidence of his innocence as he could find. He hired investigators to first locate and then interview each of those who testified against him at trial, no small feat from the confines of federal prison and on a prisoner’s wages. Yet he still remains behind bars and is sentenced to die there for a nonviolent, victimless marijuana-only conspiracy offense.

Prison Company Sued in Death of Montana Medical Marijuana Provider — The widow of a former medical marijuana provider who died while serving time is suing the operator of Montana’s only private prison. A federal lawsuit says Corrections Corporations of America failed to give Richard Flor needed medical care while at its Crossroads Correctional Center outside Shelby.  He died in August 2012 in a Las Vegas hospital on the way to a federal prison medical facility.

Medical Marijuana Mom Shona Banda Makes First Court Appearance — Shona Banda, a Garden City mom who faces five charges related to marijuana use, appeared in court for the first time on Tuesday. Those charges came after her 11-year-old son made comments about Banda using pot during an anti-drug program in his fifth-grade class at Bernadine Sitts School. Eleven days after the incident, Garden City police and the Department for Children and Families questioned Banda’s son at school and raided Banda’s home in Garden City. Authorities took her son away and put him in protective state custody.

Drug Warriors Still Crying Reefer Madness, Facts Don’t Support Them — In their op-ed article against cannabis legalization, former drug czar William J. Bennett and Seth Leibsohn yearn for a time when fear-mongering, not facts, drove the marijuana policy debate in America. Those days are over.Bennett and Leibsohn blame the “marijuana lobby” for re-shaping the way Americans think about what they consider to be a truly dangerous drug. But the reality is that voters’ views on pot have evolved in recent years based on both the failures of prohibition and the success of legalization and regulation.

Colorado’s Unjust Employee Ruling — Have you cancelled your Dish Network subscription yet?  It took the Colorado Supreme Court a year to come up with the ruling, issued on Monday, that upheld the firing of a man (employed by Dish Network) who used medical marijuana legally under state law to help ease the pain he has suffered since a car accident left him paralyzed. A lot of that time had to be devoted to twisting the logic behind the decision.

Santa Ana, CA Police, Mayor, and More in Hot Water Over MMJ Raid and Corruption — Two employees of a Santa Ana medical marijuana collective tell the Weekly that Frank Barbaro, the former chairman of the Democratic Party of Orange County and longtime lawyer for Santa Ana Mayor Miguel Pulido, offered to help the dispensary secure a winning slot in the city’s Feb. 5 2015 lottery–if they “worked” through him. Also at issue is a botched smash and grab dispensary raid where cops are seen eating marijuana edibles on camera and mocking wheelchair bound amputee Marla James.

Delaware Governor Signs Marijuana Decriminalization Bill Into Law –” We commend Gov. Markell and the Delaware Legislature for moving the state forward and leaving its antiquated marijuana possession law behind,” said Robert Capecchi, deputy director of state policies for the Marijuana Policy Project. “Adults in Delaware will no longer be branded as criminals simply for consuming a substance that is undeniably less harmful than alcohol.” 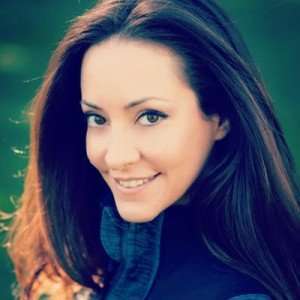 LA’s Reigning Queen of Cannabis is a “Pot Doc” to the Stars — Meet Dina Browner AKA “Dr Dina” operator of LA’s oldest legal medical marijuana dispensary and “pot doc” to the stars.