What's New...
You are at:Home»News and Politics»The Week in Weed 6-27-15 Marijuana News 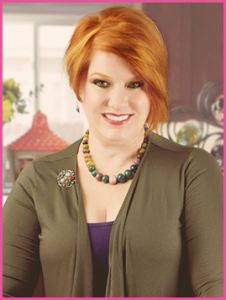 White House Eases Restrictions on Marijuana Research — “Ample scientific research already exists to contradict cannabis’ federal Schedule I status — as a substance without medical utility, lacking acceptable safety, and possessing a high potential of abuse,” Armentano said. “More research is welcome, but unfortunately science has never driven marijuana policy. If it did, we would already have a very different policy in place.”

The Clock is Running Out on Obama’s Clemency Initiative — The Obama administration is urging lawyers for federal inmates to move more quickly in filing petitions for presidential clemency, reminding them that “the clock is running” on the Obama presidency.

Vancouver to Regulate Pot Shops Despite Ottawa’s Warning — Vancouver has become the first city in Canada to regulate illegal marijuana dispensaries, a move that has “deeply disappointed” the federal government but was declared a common-sense approach by the mayor.

Maine Legislature Reject Marijuana Legalization Bills — If Maine is going to “free the weed,” the Legislature wants no part of the process. Lawmakers in the House and Senate overwhelmingly affirmed on Monday that they would not pass a law to legalize, tax and regulate recreational use of marijuana. The House rejected LD 1380, a bill by longtime legalization advocate Rep. Diane Russell, D-Portland, that would have put the question out for a public vote. The bill was defeated 98-45.

Senator Diane Feinstein Needs to Stop Subverting CA Medical Marijuana Law —  California voters have repeatedly showed support for the legalization and regulation of medical marijuana. Yet senior California Senator Dianne Feinstein has repeatedly disrespected the will of her constituents in favor of continuing the unsuccessful efforts of the War on Drugs.  Members of the United States Senate Appropriations Committee recently voted by a margin of more than 2 to 1 in favor of language limiting the Justice Department’s ability to take criminal action against state-licensed operations that are acting in full compliance with the medical marijuana laws of their states.  Sen. Feinstein was the ONLY Democrat to vote against the bipartisan measure barring the Dept. of Justice from interfering with state medical marijuana laws.

Raid of the Decade in the Emerald Triangle — An estimated 100,000 marijuana plants are expected to be eradicated this week at an enormous, multi-farm bust in remote Northern California — the heart of the famed Emerald Triangle. Humboldt, Trinity and Mendocino County Sheriff’s deputies — with no federal involvement — began serving search warrants Monday in a remote area at the intersection of the three counties.

World Famous Cannabis Cafe to Re-Open in Portland, OR — In 2009, The World Famous Cannabis Cafe became the first cafe in the United States for state-authorized medical marijuana cardholders to socialize and safely medicate. Even though the Cafe had a bumpy start in the beginning, it quickly became legendary—it really was world-famous—but after upgrading their Montavilla location, they closed in June 2014 after the city requested costly seismic improvements and new laws eliminated the ability for patients to medicate on location. Now that Measure 91 has passed, and anyone 21 and up will be able to consume marijuana on private property, The World Famous Cannabis Cafe is set to re-open later this summer.