What's New...
You are at:Home»News and Politics»The Week in Weed 6-6-15 Marijuana News 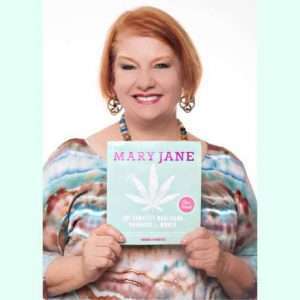 House Votes to Weaken the DEA and Support Medical Marijuana — Washington is chipping away at pot prohibition. In a series of votes on Tuesday, the U.S. House ended the DEA’s controversial bulk data collection program and also passed three amendments cutting funding from the DEA and shifting it to other federal law enforcement priorities.  In more votes today, it approved three amendments aimed at blocking DEA and Justice Department interference with industrial hemp, CBD cannabis oil, and medical marijuana in states where they are legal. A fourth amendment that would have barred interference in legal marijuana states was narrowly defeated.

Cannabis POW of the Month: Charles “Fred” Cundiff — This senior citizen, in poor health, has been serving a LIFE WITHOUT PAROLE sentence for marijuana since 1991!

On Water and Weed: Is Marijuana Responsible for California’s Drought? — The press has been lapping it up like….well, water: the allegation that marijuana cultivation in California is contributing to the state’s drought crisis. But is there really anything to these allegations?  California NORML explores the science for the real answer.

The Pot Effect on Denver’s Housing Market — Home prices have shot up by double-digits, inventory has fallen dramatically and multiple offers with bidding wars have become common.  One factor driving the demand: pot. The budding industry has impacted home prices since the state legalized marijuana in 2012.

Nevada Jury Acquits Man on Felony Pot Charges, Sends Message to Cops — In an emotional courtroom display Friday, Steven Ficano, 65, embraced his attorney and his wife after the jury read their verdict of “not guilty.”  In 2012, Ficano’s house was raided by heroes protecting the citizens of Nevada from the horrors of marijuana plants. For the next three years, Ficano anxiously lived his life thinking that he could live out the rest of his golden years in a cage for the “crime” of treating his pain with a plant.

The Stoner’s Guide to Strawberries — Celebrate the season with strawberry tips, strawberry strain reviews, medicated strawberry recipes, and even Strawberry themed to tunes to rock out to!