What's New...
You are at:Home»News and Politics»The Week in Weed 7-11-15 Marijuana News 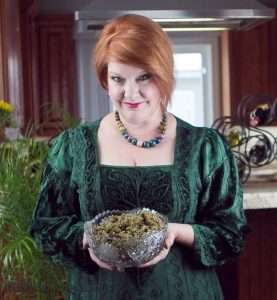 New Mexico Police Claim They Can’t Fight the Drug War Without Stealing — Law enforcement officials in New Mexico are concerned that departments will no longer be able to afford to support the drug war now that the state has officially outlawed the asset forfeiture program—a revelation that has drug reform advocates asking, what’s the problem? Beginning this month, police agencies across the state can no longer seize a citizen’s property based on suspicion of a drug-related crime. The recent signing of House Bill 560 by New Mexico Governor Susana Martinez abolished the capacity for law enforcement to go scavenging for profitable items like houses and automobiles without first obtaining a conviction.

Organized Labor Wants Its Piece of the Cannabis Industry — How the UFCW believes marijuana legalization is good for workers.

15 People Who Never Hurt Anybody Rotting Away in Prison for Drug Crimes — A number of prisoners Cheri advocates for, including Paul Free, Charles Cundiff, and Leopoldo Hernandez-Miranda are covered in this Alternet piece.

4 Prisoners President Obama Should Consider for Clemency — Friend and cannabis POW Weldon Angelos is covered in this Think Progress story.

Waiting to Die in Prison for Selling A Couple of Bags of Pot — Even as millions of American toke up legally, many are still rotting away behind bars for marijuana offenses.

A New Beginning for Criminal Justice Reform — Over the past three decades, Congress has steadily increased the size and scope of the federal criminal code, ensnaring people who have no business being behind bars, without a corresponding benefit to public safety. From 1980 to 2013, the federal criminal code increased from 3,000 crimes to approximately 5,000 crimes. Over the same period, our federal prison population skyrocketed from 24,000 to 215,000 — a 795 percent overall increase — while federal spending on prisons also soared from $970 million to more than $6.7 billion — a 595 percent increase.

Medicated Kale Chip Recipe — Kale chips are a healthy, tasty, trendy, snack food that cost a fortune when you buy them at the store.  Not to mention I don’t know of ANY edibles companies currently selling medicated Kale Chips.  I am not sure why as the addition of cannabis only makes this super health food that much healthier.