What's New...
You are at:Home»News and Politics»The Week in Weed 7-4-15 Marijuana News 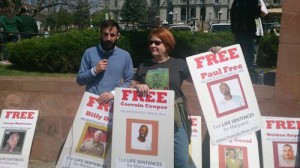 This Week’s Marijuana News Round-Up: Marijuana is Legal in Oregon!; Why the Media Can’t Get Its Story Straight on the Amazing Medical Potential of Cannabis; Dianne Feinstein – Worst Senator on Marijuana Reform; The Supreme Pointlessness of Drug Testing at Work; The $3 Million Grant to Cure Pot Addiction; Exactly Who Won Santa Ana. CA’s Medical Marijuana Lottery?; POW of the Month Chris Williams; NIH Funded Program to Reduce Teen Marijuana Use with Exercise Ends; and more.

Why the Media Can’t Get Its Story Straight on the Amazing Medical Potential of Cannabis — The press reports on the JAMA meta-analysis of cannabinoid research were all over the place. Most of them missed the story.

Marijuana is Legal in Oregon! — As of Wednesday, if you are 21 or older, you can legally possess and grow cannabis in Oregon. That’s right, a pretty historic day.  But if you wanted to mark the day by buying some pot to consume, you were out of luck. For now, people can only share or give away marijuana and starter plants so you’ll have to hit up a generous friend, though a bill allowing recreational marijuana sales at dispensaries in the fall is making its way through the Oregon Legislature.

Dianne Feinstein – Worst Senator on Marijuana Reform — As California’s senior U.S. senator, Feinstein has for more than 20 years reliably voted for tougher controls on drugs and against any end to cannabis prohibition. When the state had the opportunity to be the first in the country to re-legalize cannabis for adults in 2010, Feinstein served as the prohibitionist campaign’s chairwoman. This hard-line stance puts Feinstein at odds not only with her constituents but also her colleagues, many of whom represent more conservative places. When a U.S. Senate committee in mid-June considered a spending amendment to de-funded federal Justice Department efforts to interfere in state-legal cannabis, Feinstein was the sole Democrat to vote against it.

The Supreme Pointlessness of Drug Testing at Work — Cup-peeing and mouth-swabbing are Reagan-era relics that frequently do little more than boosting the revenues of companies that analyze samples. Last year, U.S. workers peed into one drug testing company’s cups about 9.1 million times. And last year, as in other recent years, analysis of about 350,000 of those cups indicated drug use. Most often, the drug of choice was marijuana, followed by amphetamines and painkillers.

The $3 Million Grant to Cure Pot Addiction — As venerable stoner bible High Times is quick to note, the NIDA is rushing headlong into treating a forthcoming calamity that is hardly that, based on its own data. A 9 percent addiction rate for a substance that offers no threat of overdose—sorry, Maureen Dowd—isn’t all that high, especially when compared to the three out of four regular coffee drinkers who are physically addicted to caffeine, or the recent discovery that Oreos are likely more addictive than cocaine or heroin.

NIH Funded Program to Reduce Teen Marijuana Use with Exercise Ends — A study funded by the National Institutes of Health that looked to develop an app to use exercise to reduce marijuana dependency in young adults ended Tuesday. NIH, through its National Institute on Drug Abuse, awarded a $357,750 grant to State University of New York at Buffalo for the project “Use of Exercise to Reduce Young Adult Marijuana Use: There is an App for That.” The grant started on July 1, 2013, and ended June 30. The funds, which began to flow on July 1, 2014, also expired.

Cannabis POW of the Month: Chris Williams — This former marine and state-legal Montana medical marijuana provider now sits in federal prison. His partner, Richard Flor, died while shackled to a prison gurney.  Read way Williams felt it was his duty to take this case to trial and the terrible price he is paying for his patriotism.

Return of Motorist’s Seized  $167.000 in Nevada Highlights Concern — The government’s oft-criticized civil forfeiture practice has once more come under fire in the wake of a federal judge’s decision ordering the return of $167,000 seized from a motor home on a Nevada highway.  In his June 12 decision, Senior U.S. District Judge Larry Hicks said Reno federal prosecutors were not candid with him in forfeiture court papers about what led to the January 2013 seizure by Elko County sheriff’s deputies from the motor home on Interstate 80.

Exactly Who Won Santa Ana, CA’s Medical Marijuana Lottery? — It was the video seen ’round the world, seven minutes of Keystone Kops-worthy exploits that exposed Santa Ana’s sham of a medical-marijuana system once and for all.  Nick Schou digs deeper into the underbelly of Santa Ana’s ugly pot politics.