What's New...
You are at:Home»News and Politics»The Week In Weed»The Week in Weed 1-6-17 Marijuana News Round-Up

10 Scientific Studies from 2016 Proving Marijuana is Safe and Effective — While no psychoactive substance is completely harmless, modern science continues to prove that cannabis is one of the safer and more effective therapeutic agents available. Click for a look back at some of the most significant marijuana-centric studies published over the past year. 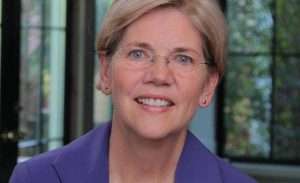 Elizabeth Warren Seeks to Pull Marijuana Businesses Out of Banking Limbo — As marijuana shops sprout in states that have legalized the drug, they face a critical stumbling block — lack of access to the kind of routine banking services other businesses take for granted. U.S. Sen. Elizabeth Warren, a Massachusetts Democrat, is leading an effort to make sure vendors working with legal marijuana businesses, from chemists who test marijuana for harmful substances to firms that provide security, don’t have their banking services taken away. It’s part of a wider effort by Warren and others to bring the burgeoning $7 billion marijuana industry in from a fiscal limbo she said forces many shops to rely solely on cash, making them tempting targets for criminals.

Landmark Arizona Ruling Says THC in Blood NOT Sufficient Grounds for DUI — Medical marijuana users cannot be convicted of driving while under the influence of the drug absent proof that they were actually impaired, the state Court of Appeals ruled Thursday. In a major setback for prosecutors, the judges pointed out that Arizona, unlike some other states, has no law that spells out that at a certain level of tetrahydrocannabinol (THC) in the blood a person is presumed to be impaired…What that means is every case where prosecutors charge a medical marijuana user with breaking the law requires expert testimony to show that particular individual was impaired at that particular level of THC.

Hollywood SIgn Vandalized to Read Hollyweed — The Hollywood sign got a little green over New Year’s. A prankster managed to change the iconic sign overlooking Los Angeles early Sunday to read “Hollyweed,” said L.A. Police Officer Christopher Garcia, who works in the agency’s security service division. The vandal — who police think is probably a man — used tarps to change the O’s in the sign to E’s, he said.

Bill Permitting Landlords to Ban Marijuana Smoking Heading to FL Governor’s Desk — Governor Rick Snyder has just a few bills from last session left to consider. Among them is a bill that would allow landlords to include a provision in their leases preventing tenants from smoking or growing medical marijuana. Bill sponsor Republican Senator Rick Jones said the legislation protects fellow tenants and landlords from smoke and damage to buildings. But medical marijuana law attorney Michael Komorn disagreed. He said the bill is excessive and attacks medical marijuana patients.

Vermont Governor Pardons Nearly 200 Marijuana Convictions —  Vermont’s Governor Peter Shumlin has pardoned 192 Vermonters who were convicted of possessing small amounts of marijuana. According to a media release the governor had announced in December that he would look into pardoning folks that did not have a violent criminal history. A minor marijuana possession charge should not be an anchor that holds back an individual from getting a good job or going about their life,” Governor Shumlin said.