What's New...
You are at:Home»News and Politics»The Week In Weed»The Week in Weed 11-7-15 Cannabis News

This Week’s Cannabis News Round-Up — Bernie Sanders Introduces Bill to End Federal Ban on Marijuana; Ignore Ohio: Marijuana Legalization Is Inevitable;Iran Takes Steps Toward Legalizing Marijuana and Opium; Life for Pot Prisoner: Punish Me as a Rapist or Terrorist Please!; Ruling by Mexico’s Supreme Court Affirms Rights of 4 Citizens to Grow and Use Marijuana; Former Life for Pot Prisoner Randy Lanier Back in the Driver’s Seat; and more. 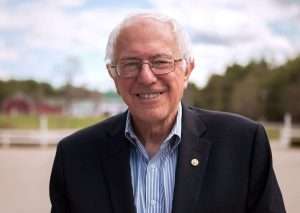 Bernie Sanders Introduces Bill to End Federal Ban on Marijuana — Sen. Bernie Sanders (I-Vt.) has introduced a bill that would end federal prohibition of marijuana, marking the latest move the Democratic presidential candidate has made toward ending the war on drugs.

Ignore Ohio: Marijuana Legalization Is Inevitable — Tuesday’s lopsided vote reflects disgust with how the Ohio market would have been structured. Ten companies each donated $2 million to support the legalization campaign, known as Issue 3, and if it had passed the ten groups would have essentially been granted exclusive and indefinite permission to grow commercial marijuana in the state, a business estimated at $1 billion annually. The pay-to-play arrangement was so off-putting that national pro-legalization groups like the Drug Policy Alliance and the Marijuana Policy Project declined to endorse it, despite the real and symbolic value of legal pot in the big Midwestern bellweather state. “The 19th-century robber barons couldn’t have dreamed up a more perfect plan,” the Cleveland Plain Dealer editorialized. 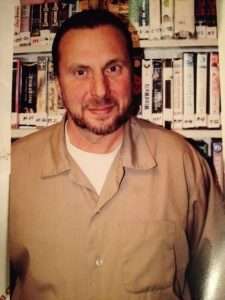 Life for Pot Prisoner: Punish Me as a Rapist or Terrorist Please! — Craig Cesal, serving a Lfe Sentence for a first time offense, marijuana conspiracy, begs the courts to punish him as a violent criminal as that would result in far less time than the natural death sentence he is condemned to.

Magistrate Who Removed Newborn Over Mother’s Medical Marijuana Use Accused of Often Over Stepping Her Authority — A Cuyahoga County magistrate who removed a newborn from her parents last month after a mother drank marijuana-based tea for pregnancy pains chronically oversteps her legal authority in child custody cases, according to county children services workers and attorneys.

Ruling by Mexico’s Supreme Court Affirms Rights of 4 Citizens to Grow and Use Marijuana — In a decision that could open the door to legalizing marijuana in Mexico, that country’s supreme court said Wednesday that four plaintiffs should be allowed to grow marijuana for their own use. The four belong to a nonprofit group that hopes to weaken the influence of drug cartels.

Iran Takes Steps Toward Legalizing Marijuana and Opium — Between 60 and 70 percent of Iran’s current prison inmates are incarcerated for drug-related offenses, so a reform in drug policy could drop the prison population remarkably. The state would receive tax benefits from a previously illegal sector of the economy, and the agricultural sector would benefit greatly from opium and cannabis cultivation. If successful, Iran could become a model for other countries, especially in the Middle East and North Africa, according to observers.

Maine: Competing Legalization Initiatives Join Forces Behind One Measure — Two competing marijuana initiative campaigns in Maine announced they will unite behind one state ballot measure to end marijuana prohibition in 2016.

Former Life for Pot Prisoner and Indy Driver Randy Lanier Back in the Driver’s Seat — Indy race champion Randy Lanier served 26 years of a life sentence in federal prison for a nonviolent marijuana conspiracy offense.  This week he returned to racing.

Mixed Green Salad with Pomegranate Vinaigrette — Pomegranate season is here!  In addition to marijuana oil, sweet apples and tart pomegranates along with nutty toasted almonds and rich blue cheese add interest to this mixed green salad. A pomegranate laced vinaigrette ties it all together. To save time the day of your dinner, prepare the dressing up to 2 days ahead of time and keep in the refrigerator until it’s time to toss and serve the salad.