What's New...
You are at:Home»News and Politics»The Week In Weed»The Week in Weed 12-17-16 Marijuana News Round-Up

New York Will Let Patients Use Marijuana in Hospitals — Hospitals will be allowed to create policies allowing patients to use the drug or have caregivers administer it to them under a regulation proposed by the state Health Department. The regulation is expected to go into effect in February. That proposal is part of an effort by the state to expand New York’s medical marijuana program. 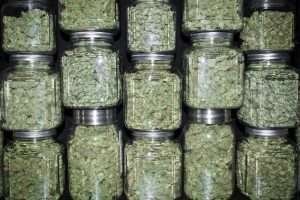 Marijuana Harder Than Ever for Teens to Find — American voters and legislatures increasingly are allowing medical and adult recreational use of marijuana, but as home-growing spreads and retail stores open, younger teens are reporting the scarcest availability in at least 24 years. Explanations remain theoretical for the surprising trend in the face of widespread liberalization of cannabis laws. But it appears clear that fears about children finding the drug easier to acquire have not become a national reality, at least not yet.

Mexico Poised to Legalize Medical Marijuana Next Week — In a bold move last Tuesday, the Mexican Senate has agreed to put forth an amendment that will allow medical marijuana for those in need south of the border.  The reform is expected to be officially executed next week on Tuesday, December 13th. This monumental decision will create a medical marijuana sandwich out of North America, with the US federal government being the only one still clinging to the prohibition of yesteryear.

Columbian President: “It Makes No Sense to Jail Peasant for Marijuana — Colombian President Juan Manuel Santos used the Nobel podium in Norway on Saturday to reiterate his call to “rethink” the war on drugs, “where Colombia has been the country that has paid the highest cost in deaths and sacrifices.”  “It makes no sense to imprison a peasant who grows marijuana, when nowadays, for example, its cultivation and use are legal in eight states of the United States,” he said.

Montreal Marijuana Dispensaries Ready to Sell to Recreational Users — Several pot dispensaries set to open in Montreal on Thursday will be selling marijuana to recreational users despite federal rules that forbid such shops.  Jodie Emery, a marijuana activist who owns the Cannabis Culture brand with her husband Marc Emery, Canada’s self-styled “prince of pot,” said in an interview the number of outlets will be between five and 10.

California Legal Pot Sales Delayed Until 2019 — Across the country, government officials are begging for more time to deal with the marijuana marketplaces they’re now charged with overseeing. Within weeks, officials in Massachusetts were suggesting that 14 months is too quick to set up regulations for commercial cannabis. And now California officials are saying the same thing, suggesting that a delay of up to a year could be necessary, according to reports.

Marijuana Now Legal in Massachusetts — It was 1911. The New England Watch and Ward Society (née the New England Society for the Suppression of Vice) was battling against drugs and other “special evils.” And in April of that year, the group’s leaders successfully petitioned the Massachusetts Legislature to outlaw possession of several “hypnotic drugs,” including cannabis. One hundred five years, seven months and 16 days later — Thursday — marijuana becomes legal again in Massachusetts.

Pennsylvania State Senator Says He Used Marijuana In Spite of Ban — State Sen. Mike Folmer, who helped a medical marijuana legalization bill become law in Pennsylvania earlier this year, used medical marijuana while undergoing treatment for non-Hodgkin lymphoma, he said Tuesday. Folmer, who represents parts of southcentral Pennsylvania, said he had to travel to another state to obtain medical marijuana, and he used it in Pennsylvania despite a state ban at the time. He used marijuana in conjunction with chemotherapy, and said he has been “cancer free” for nearly two years. “I believe it helped magnify the effect of chemotherapy in a … whirlwind fashion. I mean, my blood work has been immaculate,” Folmer told the York Daily Record/Sunday News editorial board