What's New...
You are at:Home»News and Politics»The Week In Weed»The Week in Weed 12-31-16 Marijuana News Round-Up

Could Medical Marijuana be Reclassified Under International Law? — Medical marijuana could receive a much-needed reclassification under international law before 2018. The World Health Organization’s Expert Committee on Drug Dependence (ECDD), which has played in integral role throughout the years in how marijuana is revered in the eyes of the United Nations, has decided to give some consideration to whether “medical marijuana” should be downgraded from its current classification under the UN Single Convention. The organization revealed plans last month to hold a special session within the next year and a half to debate this issue, according to a report from Americans for Safe Access (ASA). 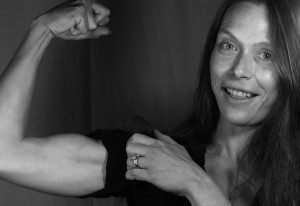 Judge Tosses Suit by Marijuana Activist Who Lost Custody of Son — A federal judge has thrown out a lawsuit brought by a Garden City, Kansas, mother who lost custody of her son over her use of cannabis oil in an incident that drew national attention. In a brief four-page order Tuesday, U.S. District Judge J. Thomas Marten dismissed the action, finding that Shona Banda had failed to respond to the defendants’ “prima facie valid arguments.”

Massachusetts Lawmakers Vote to Delay Marijuana Shops — It took less than an hour and about a half-dozen state legislators to undo the will of 1.8 million voters expressed just last month. The House and Senate passed a bill on Wednesday delaying the opening date for recreational marijuana stores in Massachusetts by half a year — from January to summer 2018. The extraordinary move would unravel a significant part of the marijuana law.