What's New...
You are at:Home»News and Politics»The Week In Weed»The Week in Weed 12-5-15 Marijuana News

While Media Spread Hysteria About Marijuana, Binge Drinking Damages Teenage Brains — There’s at least one scene in every teen movie where comedic hijinks follow a montage of teenagers binge-drinking. In these cinematic instances, art really does mirror life: American teenagers and young adults, regardless of what the law dictates in terms of legal drinking ages, have been getting sloppy drunk for eons. In fact, the CDC reports that more than 90 percent of alcoholic drinks consumed by people between the ages of 12 and 20 are guzzled during binge-drinking sessions. We already know there are lots of immediate dangers that can result from kids abusing America’s most popular legal drug, but it turns out there are long-term consequences, too.

Some Members of Congress Ready to Quit Marijuana Eradication Program — The DEA pisses away about $18 million a year in coordination with state and local authorities to pull up marijuana plants being grown both indoors and outdoors. The ineffectual program has been plagued with scandal, controversy, and ridicule. In the mid-2000s, it was revealed that most of the “marijuana” plants pulled up in the program were actually ditchweed, feral hemp plants that contain almost no THC.

FIJA Files Amicus Brief in Kleinman Case — The Fully Informed Jury Association (FIJA) has filed an amicus curiae brief in the case of United States of America v. Noah Kleinman in the Ninth Circuit Court of Appeals challenging the judge’s instructions to jurors, which FIJA argues effectively denied the defendant’s Constitutionally-guaranteed right to trial by jury.  From the outset of the federal trial of Noah Kleinman for victimless, marijuana-related activities that were legal under California state law, the prosecution and the judge were bent on quashing any possibility of jurors conscientiously acquitting Kleinman. 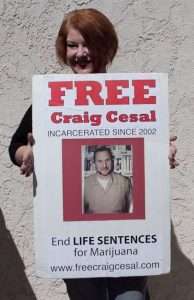 Cannabis POW Craig Cesal: A Life Sentence for Repairing Trucks — Despite the ludicrous prosecution he had just endured, Craig Cesal thought there was no possible way a judge on appeal could ever let a first time offender, who did nothing more than repair trucks that had been used to transport marijuana, serve a life sentence. Craig Cesal was wrong.

Alabama Police Department Planted Drugs on Black Men for Years — A newly-leaked report has just proven what many African Americans in Alabama have been saying for years: that police officers in the City of Dothan had been planting evidence on African American men they didn’t like, for many years. The shocking new report from the Southern Poverty Law Center and the Alabama Justice Project reveals that police officers in Dothan, Alabama, planted drugs and weapons on thousands of African Americans – of which hundreds are still in prison on false charges. 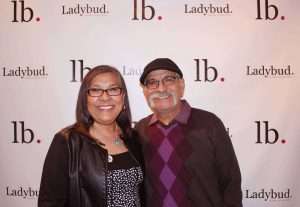 Oregon: Cannabis Cafe Ban Starts Jan 1 — New clean air rules prohibiting marijuana smoking and vaping in work and public places may spell the end for Portland’s cottage industry of lounges and clubs where people light up and hang out.  A Multnomah County tobacco program specialist visited the World Famous Cannabis Café in Southeast Portland earlier this week to follow up on a complaint from a member of the public about smoking in the establishment. During the visit, Erik Vidstrand told café owner Madeline Martinez that cannabis smoking and vaping won’t be legal in her club starting Jan. 1.

Canadian Police Flip Trudeau the Bird and Raid 3 Pot Shops — In seeming defiance of the new government’s intention to legalize marijuana, the Royal Canadian Mounted Police have followed through on their threat to bust three medical marijuana dispensaries in British Columbia. And at least one is vowing to re-open. 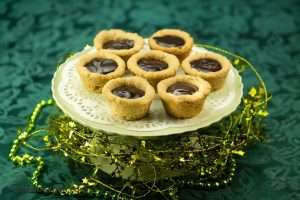