What's New...
You are at:Home»News and Politics»The Week In Weed»The Week in Weed 2-11-17 Marijuana News Round-Up

This Week’s Marijuana News Round-Up:  GOP Congressman Introduces Bill Marijuana Out of Hands of Federal Government; Spirits Are Low Among Those Sentences to Life for Marijuana Under Trump Administration; Marijuana Users Have More Knowledge Than Experts; Marijuana Arrests Increase in NYC; Trump Offers Comments on Marijuana use in the NFL; Guam to Research medical Marijuana Tourism;Will Israel’s Next Big Export be Marijuana?; and more.

Marijuana Users Have More Knowledge Than Experts — Cannabis users seeking treatment often have an expertise about the drug which is leaving those trying to help them lagging behind, a conference has been told.  A group of national experts was told about the “inverted expertise” seen in users at a meeting at the University of York to exchange ideas on effective treatment.

GOP Congressman Introduces Bill Marijuana Out of Hands of Federal Government — Republican Congressman Dana Rohrabacher of California is proposing a law that would only allow states to determine marijuana policies, resolving the current conflict between state and federal marijuana laws. “This is commonsense legislation that is long overdue,” Robert Capecchi, director of federal policies for the Marijuana Policy Project, said in a press release. “It is time to end marijuana prohibition at the federal level and give states the authority to determine their own policies. 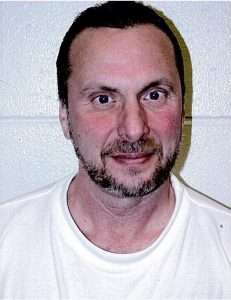 Spirits Are Low Among Those Sentences to Life for Marijuana Under Trump Administration — Indeed, while the cannabis legalization movement has made great strides in the United States in recent years, clemency for those serving marijuana life sentences doesn’t tend to take up much space in most advocacy platforms, despite the fact that the U.S. war on drugs is estimated to cost roughly $51 billion a year.

Guam to Research medical Marijuana Tourism — The Guam Visitors Bureau leadership wants to get more information before it takes a stance on a newly revived proposal to allow medical marijuana tourists into Guam.  GVB is in the process of putting together research findings, discussing the medical tourism venture with its off-island market offices, and gauging interests in those markets before engaging in the conversation.

Will Israel’s Next Big Export be Marijuana? — The Ministerial Committee on Legislation moved on Sunday to endorse legislation to legalize the export of marijuana for approved medical use, Justice Minister Ayelet Shaked’s (Jewish Home) office said. Adoption by the committee, which meets outside the full cabinet every Sunday, means that the draft will now move forward as a government bill with full coalition backing, though no date was set for a first reading of the bill.

On Site Consumption Not Dead in Alaska — State officials are saying a recent decision by the Marijuana Control Board does not block pot retailers from obtaining approval to allow onsite consumption at their stores. According to the Alcohol & Marijuana Control Office, an existing state law allows customers to consume marijuana at state-approved retailers. But in order to obtain authorization, pot shops have to submit an operating plan that meets ventilation requirements and other health and safety standards which haven’t yet been clearly defined

Nevada Supreme Court to Hear Marijuana Confidentiality Lawsuit — The Supreme Court is set to hear arguments from the Reno Gazette-Journal and the city of Sparks in a lawsuit that could determine whether the names of medical marijuana business licensees will be public record. The lawsuit comes after an RGJ reporter filed a public records request with the city of Sparks for the business licenses related to medical marijuana facilities in the city. The documents returned to the RGJ, however, blacked out the names of the business licensees. Sparks’ senior assistant city attorney argued he was upholding state confidentiality laws protecting people involved with the marijuana industry.

NYC Marijuana Arrest Increase in 2016 — The New York Police Department arrested 18,136 people for marijuana possession in 2016, a 9 percent increase from 2015, according to data provided by the state Division of Criminal Justice Services. But marijuana arrests are down 31 percent from 2014 and 37 percent from 2013, the last year of former mayor Michael Bloomberg’s administration. And marijuana arrests already had decreased 43 percent under Bloomberg compared to the peak in 2011.

Trump Offers Comments on Marijuana use in the NFL — Trump’s response to this issue seems a bit curious, if not completely suspect, especially since he maintained throughout his campaign that he supports medical marijuana “100 percent.” Now, all of a sudden, as Commander in Chief, he has “no opinion” on whether NFL players should be permitted to use marijuana as an alternative to dangerous prescription drugs.”