What's New...
You are at:Home»News and Politics»The Week In Weed»The Week in Weed 2-4-17 Marijuana News Round-Up 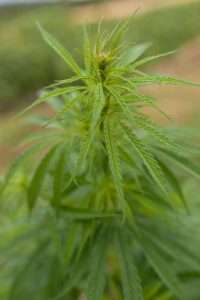 — Voters in eight states decided on Election Day to radically amend their longstanding marijuana policies. In four states – California, Maine, Massachusetts, and Nevada – voters approved initiatives to regulate the production, use, and retail sale of cannabis to adults. In an additional four states – Arkansas, Florida, Montana, and North Dakota – voters decided in favor of ballot measures to permit the dispensing and use of marijuana for therapeutic purposes. Despite these voter mandates, many lawmakers remain reluctant to move forward with the legal reforms that the public has demanded. In some cases, legislators and regulators are outright defying voters’ will by proposing measures to undermine the election’s outcomes altogether.

Canada: Employee Insurance Must Pay for Medical Marijuana —  A human rights board has determined a Nova Scotia man’s prescribed medical marijuana must be covered by his employee insurance plan, a ruling advocates say will likely have impact nationwide. Gordon “Wayne” Skinner, of Head of Chezzetcook, suffers from chronic pain following an on-the-job motor vehicle accident and argued that he faced discrimination when he was denied coverage. In a decision Thursday, inquiry board chair Benjamin Perryman concluded that since medical marijuana requires a prescription by law, it doesn’t fall within the exclusions of Skinner’s insurance plan.

Alaska Spikes Proposal for Marijuana Cafes — A proposal to allow customers to consume marijuana at retail pot stores in Alaska was abandoned Thursday by the state Marijuana Control Board. In a 3-2 vote at the board’s regularly scheduled meeting, the project was taken off the table.

What Was Spent on California’s Prop 64 Campaign — Campaign committees raised a record $466 million to influence proposals on the 2016 ballot in California from legalizing marijuana to limiting prescription drug prices, according to an Associated Press analysis of campaign finance documents. The tally for more than 80 committees supporting or opposing 17 measures on the state’s November ballot surpassed the previous record of $438 million raised for ballot proposals in 2008.

GOP Lawmaker Files Bill to Repeal New Nashville and Memphis Marijuana Laws — Following through on a threat, Tennessee Republican lawmakers have introduced state legislation to nullify partial marijuana decriminalization laws passed in Nashville and Memphis last year. House Criminal Justice Committee Chairman William Lamberth, R-Cottontown, on Monday filed a bill that would repeal any local law that is inconsistent with penalties outlined in the state’s statute for drug control and narcotic drugs. It would also prevent local governments from creating their own sanctions for drug possession moving forward.