What's New...
You are at:Home»News and Politics»The Week In Weed»The Week in Weed 4-1-16 Marijuana News

Whoopi Goldberg Founds Medical Marijuana Company for Women — Whoopi Goldberg is lending her name and financial backing to a new line of medical marijuana products designed specifically for women. Goldberg, who has been public about her own marijuana use, is one of a handful of Hollywood celebrities jumping into the marijuana marketplace.

Obama Has Granted More Commutations Than the Past 6 Presidents Combined — President Barack Obama commuted the sentences of 61 drug offenders on Wednesday, as part of his push to ramp up clemencies and reform sentencing laws.  “Sadly none of my guys are on this list,” says Cheri Sicard, founder of the Marijuana Lifer Project, a nonprofit advocacy group that aims to reverse the life sentences of people charged with marijuana crimes. “That will be a huge disappointment to all of them, especially 81-year-old Antonio Bascaro,” she says, referring to the longest-serving marijuana prisoner in the United States. “He does not have much time left.”

Marijuana Advocates Vow to Get Arrested Smoking Pot Outside the White House — Organizers of the successful ballot measure that legalized pot last year in the District say they have had enough with President Obama’s slog toward loosening marijuana laws. To protest, they are planning what they promise will be the first large-scale display of public pot smoking in the nation’s capital, with the intention of getting arrested. 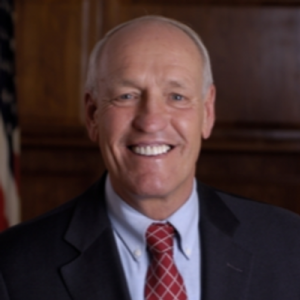 California: LA Council Member and Marijuana Advocate Bill Rosendahl Dies — Former Los Angeles City Councilman and medical marijuana patient-advocate Bill Rosendahl has died at age 70 after battling cancer for four years.  Rosendahl served on the council from 2005 to 2013, retiring to fight the cancer which was diagnosed in 2012.  Near the end of his tenure he was an outspoken supporter of medical marijuana, which he used to counter pain.

California: LA Considering Using Marijuana Taxes to Help Homeless — Los Angeles may have devised an unusual idea to curb the homelessness rates in the Skid Rows of old Hollywood. City officials are reportedly mulling over a plan in a series of budget talks that would utilize a portion of the tax revenue generated from the local medical marijuana industry to build more affordable housing units for local residents.

Florida Allows Access to Medical Marijuana for the Terminally Ill — Republican Gov. Rick Scott has signed legislation into law permitting the use of medicinal cannabis to terminally ill patients. House Bill 307 expands the state’s so-called ‘Right to Try Act’ – legislation that permits terminally ill patients to experiment with non-FDA approved remedies – to include the use of medicinal cannabis. Under the new law, which took immediate effect, patients diagnosed with no more than 12 months to live are eligible to access both low-THC and high-THC strains of cannabis. 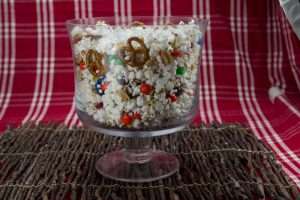 Marijuana Recipes: Stoner Movie Night Snack Mix — As marijuana recipes for snacks go, this one has a lot going on. Whip up a batch of this sweet and salty snack mix and hit play on your favorite stoner movie for a fun night in.