What's New...
You are at:Home»News and Politics»The Week In Weed»The Week in Weed 5-22-16 Marijuana News

Medical Marijuana for Babies — How the miracle of medical marijuana is bringing hope to desperate parents.

Working Memory Unaffected in Heavy Marijuana Users — A three-year study of heavy cannabis users and controls suggests that “sustained moderate to heavy levels of cannabis” use do not affect working memory. Within the group of marijuana users, “cannabis-related problems” remained stable, whereas alcohol-related problems, nicotine dependence and illegal psychotropic drug use all increased over time. 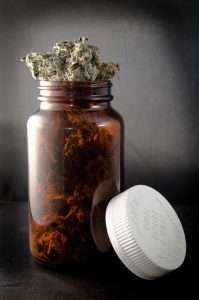 Congress Votes Against Studying Marijuana as Alternative to Painkillers — While there is increasing evidence that medical marijuana could be a viable alternative to opioids in terms of pain management, a new report indicates that Congress is still not prepared to give the scientific community the green light to dig any deeper into this progressive concept. Earlier last week, the U.S. House Rules Committee voted against two proposed amendments that would have required a special pain management task force to consider how weed might be used as an alternative or in conjunction with prescription painkillers.

What To Do After Eating Too Much Marijuana — Here’s what to do if you or someone you know consumes too much marijuana.

To Stop Drinking, Start Smoking — Consider a new approach to stop drinking. When I worked as a nurse in the cardiac wing of a hospital, I found that about one-fourth of my patients were there with problems with their heart directly related to their use of alcohol. When I worked on surgical floors, many of my patients were there due to health problems caused by their use of alcohol, such as cirrhosis of the liver, pancreatitis and cancer. But no matter where I worked in the hospital, I never had a patient there due to their use of cannabis, and neither did any other nurse I worked with.

US House Votes to Give Medical Marijuana to Veterans — The U.S. House took action to increase military veterans’ access to medical marijuana on Thursday. By a vote of 233-189, representatives approved an amendment preventing the Department of Veterans Affairs (V.A.) from spending money to enforce a current policy that prohibits its government doctors from filling out medical marijuana recommendation forms in states where the drug is legal.

Hiring Hurdle: Finding Applicants Who Can Pass a Drug Test — All over the country, employers say they see a disturbing downside of tighter labor markets as they try to rebuild from the worst recession since the Depression: They are struggling to find workers who can pass a pre-employment drug test.

First Lawsuit of Its Kind Blames Marijuana for Murder — The family of a Denver woman whose husband killed her after eating marijuana-infused taffy has sued the manufacturer who made the candy and the retailer who sold it. The Denver Post says the case “appears to be the country’s first wrongful-death lawsuit against the recreational marijuana industry,” and it surely won’t be the last. But any lawsuit that blames marijuana for murder faces steep obstacles because causation is virtually impossible to prove when a cannabis consumer does something that cannabis consumers almost never do.

Jamaican Government Committed to Fully Developed Marijuana Industry — Science, Energy and Technology Minister, Dr. the Hon. Andrew Wheatley, says the Government is committed to facilitating a fully operational medical marijuana industry in Jamaica.  He noted that with the passage of amendments to the Dangerous Drugs Act, Jamaica has joined a number of growing countries that have decriminalised marijuana and “we will be moving to have the appropriate regulations in place to guide the development of the industry.”

Oakland, CA Green Lights Drug War Reparations, Passes Marijuana Equity Program — Oaklanders who’ve been jailed for pot in the last ten years will go to the front of the line for legal weed permits under a revolutionary new program enacted by the City Council Tuesday night. The first-in-the-nation idea promises to make international headlines, and redefine the terms of reparations in post-Drug War America.

Governor Who Called Legalization Reckless Now Says Colorado’s Pot Industry is Working — When Colorado voted to legalize recreational marijuana four years ago, one of the move’s chief critics was Gov. John Hickenlooper.  But the governor’s views have softened.

Court Puts Lid on Michigan Dispensaries — It looks like the state Court of Appeals has pounded another nail into the coffin of marijuana dispensaries in Michigan. Under the ruling, it appears that the only way that medical marijuana patients can get their weed is by either growing it themselves or getting it from an approved caregiver who can serve no more than five patients.

Why Seniors Are the Fastest Growing Demographic in Cannabis — When CBS This Morning is reporting on the trend, you KNOW it has reached the mainstream.  Watch as Gayle King outs their camera man on-air.

Nevada Vacations Just Got Better for Medical Marijuana Patients — Medical marijuana patients looking for a great vacation destination should consider Nevada vacations, as the Silver State is one of the few states offering full medical marijuana reciprocity with other states that have medical marijuana programs in place. In fact, depending on where you live, you might even enjoy far greater access to quality cannabis in Nevada than you do at home. 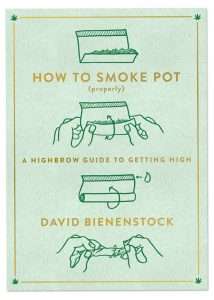 Author David Bienenstock Wants to Keep Weed Weird — If you understand this oppression of marijuana users – your view of the world will always be shaped by that. What’s most dangerous about  not keeping pot weird is to let [mainstream leaders]off the hook for what they’ve done to us. We can forgive that, but we should never forget. We can never forget that and we should hold the people responsible accountable, say David Bienenstock, author of How to Smoke Pot (Properly).