What's New...
You are at:Home»News and Politics»The Week In Weed»The Week in Weed 5-27-17 Marijuana News Round-Up

Fear Versus Fiction, 3 New Studies That Debunk Conventional Marijuana Myths — Fear-mongering headlines claiming that marijuana use causes birth defects, heart-attacks, and psychosis are common in the mainstream media. But newly published scientific evidence makes it clear that what is often portrayed as ‘conventional wisdom’ is really nothing more than ‘reefer madness.

Heart Attacks and the Media Hype Cycle — Does smoking pot significantly increase one’s risk of heart attack or stroke? A slew of recent media headlines (e.g., CBS News, March 10: “Study links pot use to higher risk of stroke, heart failure,”) imply that the answer is ‘yes.’ But a more thorough review of the relevant literature finds no such definitive conclusion. So why the mixed messages from the news media? The answer is two-fold.”

Major Drugged Driving Reports Findings Prove Overblown — Media coverage of a recent Governors Highway Safety Administration report suggests that marijuana-impaired drivers are becoming a road safety threat on par with drunk drivers. But a closer inspection of the relevant data finds no support for these claims. The report’s findings were so overblown, even Mother’s Against Drunken Driving protested its findings. Let’s dig in. 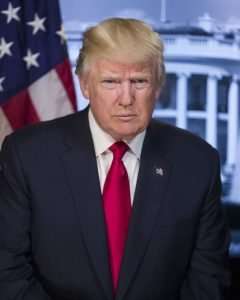 — President Donald Trump appeared to endorse Philippine President Rodrigo Duterte’s brutal campaign against suspected drug dealers, according to a transcript of an April phone conversation between the two. Trump praised Duterte for doing “an unbelievable job on the drug problem” in the Philippines, according to the transcript cited by The Washington Post. The US president’s comments raised some alarm because Duterte’s regime has made a publicly hailed the killings of thousands of suspected drug dealers.  Extrajudicial executions have been running rampant in the country since Duterte assumed office in 2016, sparking an outcry from US allies, such as the European Union, to halt the violent campaign that has seen at least 4,500 deaths in the last five months alone.

British Prime Minister Says Marijuana Leads to Heroin and Suicide — For May, and other irresponsible politicians, to claim that cannabis leads to heroin is particularly ironic. The hoary old Gateway Theory has been soundly debunked. Marijuana has, in fact, been shown to be a viable exit drug from opioid addiction. That’s why opioid addiction and overdose deaths have gone down in American states which have legal access to medical or recreational cannabis. The same goes for May’s claim about cannabis and suicide. If the Prime Minister had bothered to acquaint herself with the relevant science, she’d have been familiar with a study published in the American Journal of Public Health lower suicide rates which showed that U.S. states with legal medical marijuana have.

South Carolina Quietly Legalizes Growing Hemp — Lost to most in the flurry of legislation at the end of the South Carolina General Assembly’s session earlier this month was a bill legalizing the growth of industrial hemp. Not pot, but hemp.

Charges Filed Against San Diego Medical Marijuana Provider — District Attorney Bonnie Dumanis is filing criminal charges against the owner of a medical marijuana company and his attorney, shortly after being ordered by a judge to return $100,000 seized from the family of the business. The 15-page felony complaint accuses James Slatic, two of his executives and his attorney, Jessica McElfresh of conspiracy and manufacturing a controlled substance.

Judge Decides Against RI Company That Refused to Hire Medical Marijuana User — A state Superior Court judge has ruled in favor of a woman who sued a Westerly fabrics company for not hiring her as a summer intern in 2014 because she was a registered medical marijuana user. Christine Callaghan, a graduate of the Savannah College of Art and Design, sued Darlington Fabrics Corp. alleging the company violated the state’s medical marijuana law, which protects users from discrimination in employment.