What's New...
You are at:Home»News and Politics»The Week In Weed»The Week in Weed 6-3-17 Marijuana News Round-Up

This Week’s Marijuana News Round-Up: DEA Says Marijuana Is Not Medicine, Evidence Says Otherwise; Uruguay, the First Country Where You Can Smoke Marijuana Wherever You Want; Nevada Races to Get Recreational Marijuana on the Shelves in Record Time; Maryland’s Highest Court Stops Hearing to Upend Medical Marijuana Program; The War on Drug Is Costing Thousands of Lives; and more. 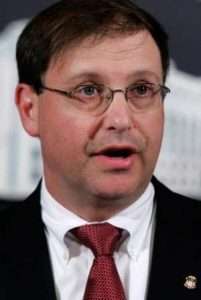 DEA Says Marijuana Is Not Medicine, Evidence Says Otherwise — Speaking in Ohio on Thursday, Chuck Rosenberg — acting administrator of the United States Drug Enforcement Administration — declared, “Marijuana is not medicine.” He may as well as said the Earth is flat. In January, scholars at the National Academy of Sciences determined that there exists “conclusive evidence” that cannabis is effective for the treatment of chronic pain and other diseases.

The War on Drug Is Costing Thousands of Lives —  While American foreign policy has for years fixated on the conflict in Syria and the Middle East, just across the border in Mexico and throughout Central America tens of thousands of people lost their lives last year because of the conflict between drug cartels competing to deliver illicit drugs into the United States.

Uruguay, the First Country Where You Can Smoke Marijuana Wherever You Want — “The law gives consumers access to certified, unadulterated marijuana,” says Blasina. “South America’s war against drugs has been absurd, with catastrophic results no matter which indicators you consider, including consumption. If Uruguay’s experience turns out positive, it will be easier for other countries such as Colombia or Mexico, mired in huge problems with powerful narcos, to find a better solution than the disastrous one implemented so far.”

Maryland’s Highest Court Stops Hearing to Upend Medical Marijuana Program — Maryland’s highest court on Friday intervened to halt a case that could upend the state’s fledgling medical marijuana industry. The Court of Appeals issued a stay minutes before a Baltimore Circuit Court hearing on whether to put the entire cannabis program on hold while sorting out allegations the state improperly picked which companies should grow the drug. The court’s written ruling stopped the case “until further notice.”

Nevada Races to Get Recreational Marijuana on the Shelves in Record Time — Now that Nevada has the green light to move forward with its early start recreational marijuana program, it could set the national record for the fastest turnaround of retail reefer. In a rush for kush, the state is attempting to power forward with recreational marijuana sales in a mere eight months since voters approved Question 2 in November. That’s faster than any other state so far.