What's New...
You are at:Home»News and Politics»The Week In Weed»The Week in Weed 7-16-16 Marijuana News 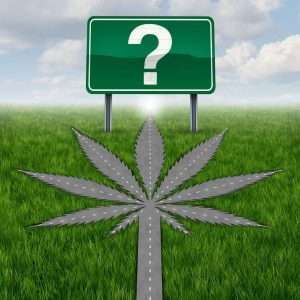 Definitive Guide to Marijuana on the 2016 Ballot — Marijuana legalization 2016: The Cannabist breaks down everything you need to know about state ballot initiatives in a pivotal presidential election year.

Tens of Thousands Wrongly Convicted Based on Unreliably Drug Tests — “One point that Gabrielson and Sanders do not make in their otherwise excellent exposé: It would be utterly absurd and unjust to lock Albritton up and ruin her life even if the speck of material on the floor of her car (which weighed in at less than two-hundredths of a gram) had contained cocaine. But whether or not they have anything to do with illegal drugs, Americans should be alarmed by the the fact that police have the power to stop your car at will, search it at will (assuming they have a dog or use the threat of one to obtain your consent), incriminate you with a test so unreliable that its results cannot be used in court, and railroad you into a felony conviction.

One Striking Chart Shows Why Pharma Opposes Medical Marijuana — There’s a body of research showing that painkiller abuse and overdose are lower in states with medical marijuana laws. These studies have generally assumed that when medical marijuana is available, pain patients are increasingly choosing pot over powerful and deadly prescription narcotics. But that’s always been just an assumption.  Now a new study, released in the journal Health Affairs, validates these findings by providing clear evidence of a missing link in the causal chain running from medical marijuana to falling overdoses.

10 Smoke Signals Heralding the End of Federal Marijuana Prohibition — A little less than a year ago I wrote an article “10 Reasons Why Federal Medical Marijuana Prohibition is about to Go Up in Smoke” for the Huffington Post. While all the points in the article still reign true, I am happy to report that the list is still growing. In fact, there is so much happening on the topic that at times it is hard to keep up.  Check out Steph Sherer’s latest list. 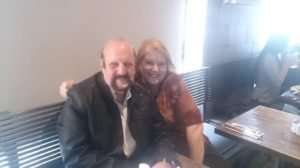 RIP Former Marijuana Lifer Eugene Albert Fischer — We received the sad news this week that former marijuana lifer Eugene Fischer passed away last night in Florida at the age of 76.  Eugene Fischer served 25 years of a life without parole sentence for a nonviolent marijuana offense. During all that time he never gave up on regaining his freedom, and his endless quest resulted not only in his release, but also the release of his friend and co-defendant Randy Lanier, who was also serving life without parole for marijuana.  Sadly Eugene Fischer only lived just shy of four years after his release.

LA Times Editorial: Don’t Make Marijuana California’s Cash Cow — At what point do all the proposed and existing taxes push the price of pot too high? It’s too early to determine, and we reserve judgement on the marijuana tax because, frankly, homelessness is such a crisis that all options must be on table. But here’s a word of caution to county, state and local leaders: Legal marijuana should not be seen as the solution to your revenue problems.

Oregon: Portland Signs off on Marijuana Festival with Free Samples — It’s legal to possess, grow and buy marijuana in Oregon, but state clean air laws and local rules have put a damper on public festivals featuring giveaways and consumption. The Oregon Cannabis Association has found a way to host a summer fair where members of the public — as long as they’re 21 and older — can take home free samples.

Is 710 the New 420? — Almost anyone with even a casual knowledge of cannabis culture knows about the famous stoner holiday 420. With each year the day gains greater and greater news coverage to the point where even if you have never, ever tried marijuana, you know there is something happening about it in late April. But did you know there is another “stoner holiday” that takes place on July 10?