3/4 of Americans Want Trump to Respect State Marijuana Laws —  A majority of Americans want the Trump administration to leave state marijuana laws alone. Seventy-six percent of American adults want President Trump to leave state marijuana laws as they are, according to a new poll from Survey USA. Reform group Marijuana Majority commissioned the poll. Currently, legal recreational marijuana has been approved in eight states plus Washington, D.C. A total of 29 other states, including the District of Columbia, have legalized medical marijuana in some form. 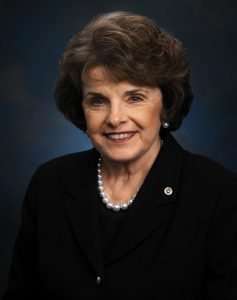 Congress is Considering Bill That Would Escalate Jeff Sessions Power to Escalate the War on Drugs — Thanks to senators Dianne Feinstein and Charles Grassley, Congress is considering a bill that would expand the federal government’s ability to pursue the war on drugs, granting new power to the attorney general to set federal drug policy. The bipartisan legislation, sponsored by powerful committee chairs in both chambers of Congress, would allow the attorney general to unilaterally outlaw certain unregulated chemical compounds on a temporary basis. It would create a special legal category for these drugs, the first time in nearly 50 years that the Controlled Substances Act has been expanded in this way. And it would set penalties, potentially including mandatory minimum sentences, for the manufacture and distribution of these drugs.

How the Drug War Fuels American Carnage — During President Ronald Reagan’s first inaugural address, he declared that “in this present crisis, government is not the solution to our problem; government is the problem.” The populist right would do well to apply that formulation to the street violence associated with the drug trade. The War on Drugs is a decades-old federal effort that has failed as consistently and completely as any government initiative in American history. A generation has passed since National Review declared it irrevocably lost. Yet Attorney General Jeff Sessions, America’s highest-ranking law enforcement official, doesn’t even grasp the most obvious tradeoff that prohibitions are making. 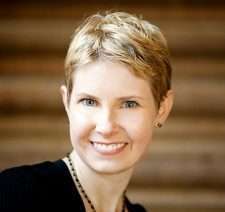 In Criminal Case Against Marijuana Lawyer, Judge Voids Attorney Client Privilege  — When District Attorney Bonnie Dumanis filed criminal charges against medical-pot entrepreneur James Slatic and five others last month, she was relying on a key piece of evidence: a privileged communication between a lawyer and her client. The email, which allegedly shows that attorney Jessica McElfresh knew about her client’s criminality and worked to hide the illegal acts from investigators, was given to prosecutors after review by Superior Court Judge Charles G. Rogers.

Massachusetts Advocates Decry House Plans to Change Legalization Law — Massachusetts advocates who legalized recreational marijuana by ballot question seven months ago savaged a House bill that would rewrite the pot law, saying Monday that it “repeals the will of the voters.” They instead endorsed a more modest Senate effort to adjust the referendum law. Advocates decried the higher marijuana tax rate the House legislation would impose; argued “punitive” background-check requirements for any vendor helping a pot business — from a lawyer to a snowplow driver — would make the retail system unworkable; and said giving municipal officials, instead of local voters, the power to ban cannabis shops was anti-democratic.