What's New...
You are at:Home»News and Politics»The Week In Weed»The Week in Weed 8-15-15 Marijuana News

Got PMS? Your Doctor Might Soon Write a Prescription for Weed — Centuries ago, women used to rely on cannabis to combat everything from cramps to swollen breasts—but can these remedies be applied today?  As more states move to legalize marijuana, more people are beginning to think creatively about how pot can improve our everyday lives. And while the drug’s potential to spice up women’s sex lives has been well-documented, medical professionals are only starting to look at how cannabis could benefit women in other intimate ways. 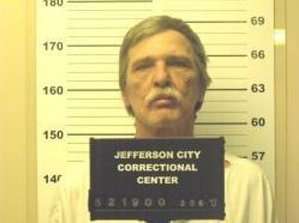 Jeff Mizanskey, serving a LIFE SENTENCE for a nonviolent marijuana offense, to be released.

Life for Pot Prisoner Jeff Mizanskey To Be Freed — Jeff Mizanskey, a 61-year-old Missouri man who was serving life in prison for nonviolent marijuana offenses, will be set free in a matter of days, his attorney confirmed Monday to The Huffington Post. “We were notified today that he will be granted parole and be released within ’10 to 25 days,'” lawyer Dan Viets said about the Missouri Department of Corrections’ decision.  Mizanskey had met with the parole board just last Thursday.

Scientists Bust Marijuana Myths and Tell Politicians to Stop Scare Mongering — Marijuana is not a gateway drug and legalization does not result in a massive spike in cannabis use, according to the International Centre For Science In Drug Policy (ICSDP).  ICSDP released two papers Tuesday examining the state of the evidence surrounding marijuana use and regulation. The first paper serves to debunk a host of common claims made against cannabis use and legalization. The second seeks to guide the public on how to use evidence when talking about cannabis.

FBI Says Marijuana Union Organizer Took Bribes and Rigged the Process — A Harley-Davidson-riding union organizer — once hailed as a “Superman” by the California cannabis movement — has been indicted on federal charges for allegedly taking bribes and rigging the union organizing process.

Sheriffs Are Asking for Armored Vehicles to Fight the War on Weed — If you’re going to wage war on drugs, you need to be outfitted like a warrior.  That seems to be the rationale behind hundreds of police department requests for armored trucks submitted to the Pentagon between 2012 and 2014. The requests, unearthed in a FOIA request by Mother Jones magazine, shed light on how the war on drugs has directly contributed to the militarization of local police forces in recent years.

Congress and Obama Have Been Too Timid on Marijuana Reform — Instead of standing by as change sweeps the country, federal lawmakers should be more actively debating and changing the nation’s absurd marijuana policies, policies that have ruined millions of lives and wasted billions of dollars. Their inaction is putting businesses and individuals in states that have legalized medical and recreational marijuana in dubious legal territory — doing something that is legal in their state but is considered a federal crime. Many growers, retailers and dispensaries also have to operate using only cash because many banks will not serve them, citing the federal prohibition.

Texas: Police Search Woman’s Vagina to Look for Pot — A Spring woman claims sheriff’s deputies violated constitutional protections by conducting a body cavity search on the concrete of a Texaco gas station parking lot during a routine traffic stop in late June.  Charnesia Corley, a 21-year-old African American, was driving in northern Harris County around 10:30 p.m. on June 21 when a male deputy pulled her over for allegedly running a stop sign. He said he smelled marijuana, handcuffed Corley, put her in his vehicle and searched her car for almost an hour. He didn’t find any pot, according to her attorney, Sam Cammack.

Nevada: Alcohol Wholesalers Push for Marijuana Legalization Initiative — Alcohol wholesalers play a crucial role in providing the Las Vegas economy with an important lubricant — and they have the political clout to match.  Now, many of those same companies are angling for a piece of what could be Nevada’s next big vice — recreational marijuana. 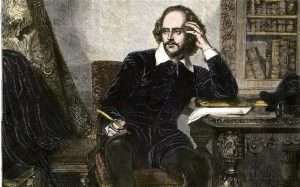 Cannabis Found in Pipes in William Shakespeare’s Garden — South African scientists have discovered that 400-year-old tobacco pipes excavated from the garden of William Shakespeare contained cannabis, suggesting the playwright might have written some of his famous works while high.

Sesame Honey Lime Chicken Wings — You can fry, grill, or bake the chicken wings for this recipe, then toss with the flavorful medicated glaze that turns simple chicken into something spectacular. Serve with rice to soak up every bit of the medicated glaze.