What's New...
You are at:Home»News and Politics»The Week In Weed»The Week in Weed 9-5-15 Marijuana News 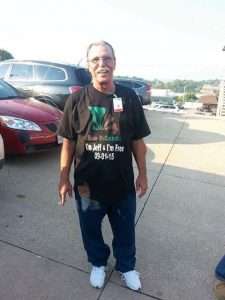 Life for Pot Prisoner Jeff Mizanskey Freed After 21 Years — “He saw rapists, murderers and child molesters get out of prison while he was sentenced to die behind bars for something that should not be a crime to begin with,” said Dan Viets, Mizanskey’s lawyer, in a statement.  According to his family, freeing Jeff Mizanskey took 21 years, signatures from 391,254 petition signers, a documentary, letters from 126 Missouri lawmakers, a plea for clemency from the prosecutor and from Republican state representative Shamed Dogan, billboards, and a sustained effort by nonprofit criminal justice reform organizations like Show-Me Cannabis and Dan Viets, Jeff Mizanskey’s attorney.

Federal Drug Sentencing Law Bring High Cost, Low Return — More than 95,000 federal prisoners are serving time for drug-related offenses—up from fewer than 5,000 in 1980.1 Changes in drug crime patterns and law enforcement practices played a role in this growth, but federal sentencing laws enacted during the 1980s and 1990s also have required more drug offenders to go to prison— and stay there much longer—than three decades ago.2 (See Figure 1.) These policies have contributed to ballooning costs: The federal prison system now consumes more than $6.7 billion a year, or roughly 1 in 4 dollars spent by the U.S. Justice Department.

For the First Time Ever More College Students Smoke Pot Than Cigarettes — Marijuana use has increased among college students in recent years, surpassing tobacco as the primary inhalable substance of choice in that group for the first time, a new study has shown. The Monitoring the Future report, annually compiled by the University of Michigan’s Institute for Social Research, included survey data from full-time college students about their drug and alcohol use. Under 6 percent of those surveyed said they used marijuana every day or at least 20 times in the previous 30 days. On the other hand, 5 percent of respondents said they used tobacco heavily, a 14 percentage point drop from 1999 figures.

Arizona Nurses Seek to Expand Medical Marijuana Uses — If some Arizona nurses get their way, medical marijuana will become available as early as next year to treat everything from arthritis and autism to Tourette’s syndrome and traumatic brain injury.  Members of the Arizona Cannabis Nurses Association are petitioning the Department of Health Services to add those conditions and four more to the list of what qualifies people to use the drug. The voter-approved Arizona Medical Marijuana Act requires the agency to consider the requests.

Ohio: Fears of Monopoly Undercut Support for Legalization — If a ballot measure says “legalization” on it, it’s always good, right? RIGHT? Maybe not. A proposal that could this November make Ohio the fifth state to legalize recreational marijuana is drawing some unusual opposition — and it’s coming from residents who support legalizing marijuana, reports Lewis Wallace at NPR. Lots of liberals and old hippies don’t like the monopoly aspect of the referendum. Samantha Van Ness, 25, said that while she’s all for legalizing cannabis, she’s dead set against the amendment that will be on November’s ballot.

Oregon: Marijuana Industry Finds Foothold at Oregon State Fair — The Oregon State Fair might need to break out some green ribbons – marijuana is moving in.  This year’s fair, which runs through Labor Day, is in many regards your typical celebration of Americana, but with marijuana newly legalized for recreational use, it also means an opportunity for Oregon’s burgeoning cannabis industry – one that could soon lead to plants and edibles entered alongside orchids and apple pies in juried competitions.

Are Marijuana Bars at Weddings Kosher? — Twenty-eight years after Bob Marley romanticized marijuana, the drug has earned top billing in the ultimate love-fest: weddings.   In Washington, Colorado, Alaska, and Oregon—the four states where it’s recreationally legal —“weed weddings” have gone from a fun idea to a lucrative reality. Through sites like Cannabride.com and LoveandMarij.com ganja-loving bridges and grooms can find everything from 420-focused caterers to kush-pushing florists.

Summer Spinach Salad with Reefer Raspberry Vinaigrette — Make this fabulous, healthy spinach salad in the heart of summer when the peaches are at their ripest and berries are in abundance for what is sure to become one of your favorite vegan cannabis recipes!