What's New...
You are at:Home»News and Politics»The Week In Weed»The Week in Weed 5-15-16 Marijuana News 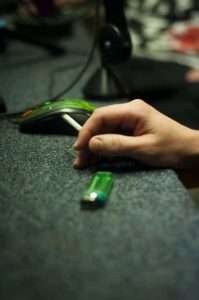 How to Use Cannabis Effectively — If you haven’t used cannabis since you were in your 20s and you want to start again, the questions becomes how to use cannabis effectively? After decades of unfounded abstinence, you probably have some questions about its use. Those questions usually center on what is the appropriate use of cannabis and what is the appropriate amount to use? With all the nonsense that has been put into your head ever since you were just a kid, you are to be congratulated for overcoming decades of lies. Congratulations—you are now on a road to increased health and decreased stress.

Medical Marijuana: It’s Not Just for Seniors — Just because a person is under 30 does not mean they would not benefit from the use of cannabis any more than a person under 30 would not benefit from the use of prescription pain killers, anti-anxiety medication or antibiotics. The idea that cannabis use is only for folks with one foot in the grave is rubbish as can be easily seen if one takes a moment to read Prop. 215—and learn about the substantial health and medical benefits from the use of cannabis for people of all ages. 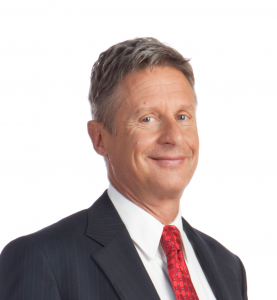 Stoned Driving: There Is No magic Number — Lawmakers’ desire to calculate a so-called magic number to determine if a driver is under the influence of marijuana is a quixotic escapade. This is because the presence of low levels of THC in blood is an inappropriate and inconsistent indicator of psychomotor impairment. No less than the National Traffic Highway Safety Administration agrees, acknowledging, “It is difficult to establish a relationship between a person’s THC blood or plasma concentration and performance impairing effects. It is inadvisable to try and predict effects based on blood THC concentrations alone.

CBS News Caught Blatantly Distorting Marijuana Driving Study — CBS not only failed to mention how statistically minuscule the doubling of cannabis-related fatal crashes actually was, it also inexplicably — and inexcusably — left out that most of those drivers had consumed other substances.

How Conspiracy Laws Put Pot People in Prison for Life — The Kind explores the complex subject of the conspiracy laws that put most of the people serving life sentences for marijuana behindbars.

California Law Makers Trying to Jail Sober Drivers Clash with Science — Every year, California lawmakers work to imprison automobile drivers who are sober, based on an arbitrary and unscientific amount of marijuana byproducts in their body. But this year, Assembly Bill 2740 is about to have a huge, head-on collision with science. As it sat in the Suspense File this morning, the widely respected automotive group AAA released a bombshell of study adding to the proof such a law would be unscientific, unjust, wasteful, and dangerous, because it takes cops and prosecutors’ focus off real road dangers.

Sex and Marijuana: Two great Things That Go Great Together — Sex and sexuality in modern-day humans has been complicated by thousands of years of human culture, religion and practices. The use of cannabis for sexual enhancement, like the use of marijuana for alleviating pain or facilitating sleep, is nothing new under the sun. Three-thousand-year-old writings from India touted marijuana use for long-lasting erections, delayed ejaculation, facilitating lubrication and loosening inhibitions.