What's New...
You are at:Home»News and Politics»The Week In Weed»The Week in Weed 6-17-17 Marijuana News Round-Up 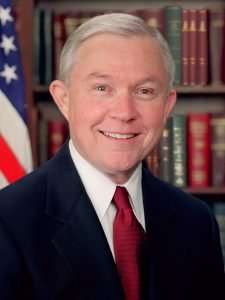 Jeff Sessions Personally Asked Congress to let Him Prosecute Medical Marijuana Providers — Attorney General Jeff Sessions is asking congressional leaders to undo federal medical marijuana protections that have been in place since 2014, according to a May letter that became public Monday. The protections, known as the Rohrabacher-Farr amendment, prohibit the Justice Department from using federal funds to prevent certain states “from implementing their own State laws that authorize the use, distribution, possession or cultivation of medical marijuana.” In his letter, first obtained by Tom Angell of Massroots.com and verified independently by The Washington Post, Sessions argued that the amendment would “inhibit [the Justice Department’s]authority to enforce the Controlled Substances Act.”

The Deputy Attorney General Is Ignorant on the Science of Marijuana — In Congressional testimony on Tuesday, Deputy Attorney General Rod Rosenstein proved that he knows little about the science surrounding medical marijuana. In response to a question from Washington Rep. Derek Kilmer, Rosenstein repeated the canard that the plant lacks any accepted therapeutic utility. “Scientists have found no accepted medical use for it,” he opined. In fact, scientists with expertise on the subject say just the opposite.

The Feds Are Blocking a Product Aimed at Keeping Drugs Out of Kids’ Hands — U.S. Customs and Border Protection has seized a Colorado company’s shipments of a product intended to keep marijuana out of the hands of children. On April 28 of this year, CBP took a shipment of 1,000 storage cases en route to Stashlogix of Boulder, Colo. Stashlogix designed the boxes and was importing them to sell to marijuana, tobacco and pharmaceutical consumers stateside. The product was being sold to people who had children and wanted to keep drugs safely locked up and out of reach. In the view of CBP, Stashlogix’s containers are “drug paraphernalia,” even though everyone involved acknowledges the product is aimed at preventing drug use by children. 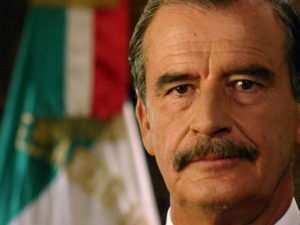 Former Mexican President Vicente Fox Calls for International Marijuana Trade — Former Mexican President Vicente Fox called for open international cannabis trade in his keynote address at the National Cannabis Industry Association this week. In his thirty-minute speech, Fox said he believed that Mexico and Canada could become the world leaders in both medical and recreational marijuana exports. To this end, he called for cannabis trade to be included under international agreements like NAFTA.

BC, Canada Kills Mandatory Minimums for Marijuana Producers — In a triumph for sanity and compassion, British Columbia has declared mandatory minimum prison sentences for cannabis producers to be unconstitutional.

Flint, MI Councilman Gets 60 Days for Marijuana Use — The attorney for Flint Councilman Wantwaz Davis has filed an emergency appeal after Davis was sentenced to 60 days in jail for using marijuana in violation of his probation. The 5th Ward councilman was remanded to jail by Genesee District Judge David J. Goggins on Thursday, June 15, because of he tested positive for marijuana which was a probation violation, Davis’ attorney Bruce Leach said. However, Leach is challenging the violation, claiming Davis has the right to use medical marijuana.

Montana Medical Marijuana Provider Sentenced to Federal Prison — The former owner of Montana Buds, a statewide medical marijuana dispensary network, was sentenced Thursday to 18 months in federal prison after pleading guilty to a drug charge. Charlton Victor Campbell was sentenced by Chief District Court Judge Dana Christensen in U.S. District Court in Missoula. Following his incarceration, he will be under supervised release for an additional five years.”