What's New...
You are at:Home»News and Politics»The Week In Weed»The Week in Weed 7-23-16 Marijuana News

This Week’s Marijuana News Round-Up: Mike Pence is Bad News for Cannabis; Refusing a Search is a Right, Not a Provocation; David Bienenstock on How to Smoke Pot (Properly); What Happens to Medical Marijuana in CA If Recreational is Legalized; Carlos Santana Say Marijuana Can Make People Smarter; and more. 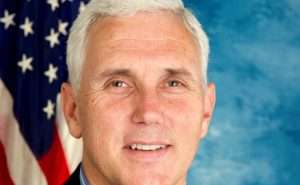 Mike Pence, Drumpf’s VP Pick, is Bad News for Cannabis — The report that Donald Drumpf has chosen Indiana Gov. Mike Pence as his vice presidential running mate is bad news for those of us hoping for cannabis policy reform during the next presidency.  For starters, Pence hails from Indiana, where draconian drug laws still reign supreme. Possession of any amount of cannabis in the state still punishable by a $1,000 fine and 180 days in jail.

Refusing a Search is a Right, Not a Provocation — We empower the police to protect our rights. Much of the time, that involves protecting us from others who would do us harm. But it also means respecting our rights and refraining from violating them. The Fourth Amendment gives us the right to be free from unreasonable searches and seizures. The intent behind the amendment was to protect us from the indignity and violation of our privacy when we’re subjected to a search that’s based on little more than a hunch — the intent was not to protect our right to later complain to internal affairs.

What Happens to Medical Marijuana in CA If Recreational is Legalized — Controversy is brewing in the Golden State over concerns of what legalization will do to the existing medical marijuana model. 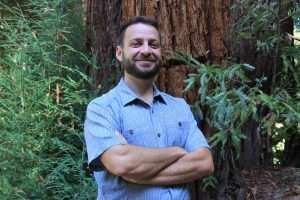 Carlos Santana Says Marijuana Can Make People Smarter — The musician told Civilized: “I really want us to invest – with grace and wisdom – into the education of young people,” he told the Associated Press in 2009. “Legalize marijuana. And take all that money and invest it in teachers and education. And you will see a transformation in America. That is what is going to reignite us.”

Marijuana Recipe: Grilled Flank Steak with Cheeba Chimichurri Sauce — A reader asked of I had had any summer grilling marijuana recipes. Yes! Well, kind of. The grilled food itself is not medicated, that would be difficult if not impossible, but what goes ON the grilled food is easily medicated. Like this classic South American sauce of parsley, lemon, and garlic – the perfect accompaniment to grilled meats. I like flank steak because it is both flavorful and lean, but you could spoon this pungent sauce on to any of your favorite cuts of beef. While it might not be traditional, chimichurri is also delicious on grilled chicken or fish.