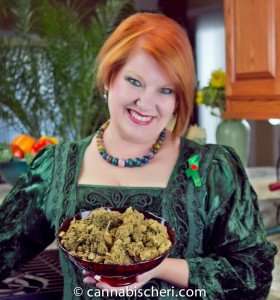 Marijuana and Epilepsy – It’s Not Just CBD That Can Help — Published last week in the Journal of Neural Transmission, a study has found that THC, the chemical in marijuana responsible for its high, may enhance the effectiveness of current anti-seizure drugs.

Racing Champion Randy Lanier Released from Prison after 27 Years for Nonviolent Marijuana Crime — Randy Lanier, the 1986 Indianapolis 500 Rookie of the Year, was released from prison on Wednesday. Lanier, 60, had been incarcerated for 27 years and was serving life without parole for marijuana trafficking.

Obama’s Top Nominee for AG Says States Should Legalize – That’s Huge! —  The Washington Post’s Sari Horwitz reports that Obama intends to nominate Vanita Gupta, currently director of the ACLU’s Center for Justice, to lead the civil rights division of the Justice Department. Gupta also currently leads the ACLU’s National Campaign to End Mass Incarceration.  And interestingly, much of her interest in disparities reflects concern over racial disparities in the war on drugs.

Alaska Law Enforcement Backs Legal Weed — In a series of television and radio ads released in Alaska Wednesday, active and retired members of the state’s law enforcement community are backing the recreational marijuana legalization measure that voters will decide on in less than three weeks.

Will California’s Next Top Cop Support Pot? —  Practically everyone expects Attorney General Kamala Harris to win re-election handily in November. The Democrat won 53 percent of the vote in a crowded June primary.  And yet Harris faces two unusual obstacles in the November runoff. One is Ron Gold, a never-elected Republican attorney from Los Angeles who is running for office on a shoestring. (As of Sept. 30, the Harris campaign had $3.6 million in the bank; Gold had $17,601.98.) The other hurdle is the fact that Gold supports legalizing marijuana for recreational use, while Harris has been opposed.