What's New...
You are at:Home»News and Politics»The Week in Weed 8-9-14 Marijuana News 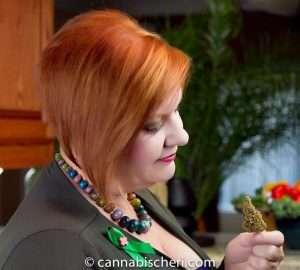 This Week’s Marijuana News: Teen Facing Life for Pot Brownies Awaits Fate; The Effects of Cannabis se on Pregnant Women and Their Newborns; Teen Marijuana Use Down in CO; Sisley Won’t Be Rehired PTSD Study Still on Hold; Is Las Vegas Poised to Become the New Amsterdam?; More Pot, Safer Roads; The QuiteHilarious “Grass is Not Greener” Anti-Legalization Ad Campaign; Marijuana at the Denver County Fair; One Seattle Cop Issues 80% of Marijuana Tickets; and more.

The Effects of Cannabis Use on Pregnant Women and Their Newborns — In the late 1960s, grad student Melanie Dreher was chosen by her professors to perform an ethnographic study on marijuana use in Jamaica to observe and document its usage and its consequences among pregnant women. Her results were astounding and her work evolved into the book Women and Cannabis: Medicine, Science and Sociology, part of which included her field studies.

White House Tries/Fails To Explain Why Marijuana Should Remain Illegal — Careful readers will immediately see the White House statement for what it is: A pro forma response to a perceived public relations crisis, not a full-fledged review of all the scientific evidence, pro and con. The White House is actually required by law to oppose all efforts to legalize a banned drug. Besides, it is hypocritical for the White House, whose chefs brew beer for the president, to oppose legalizing marijuana, which poses far less risk to consumers and society than does alcohol. Two recipes for the White House brew are posted on its website under the headline “Ale to the Chief.”

Teen Facing Life for Pot Brownie Awaits Fate — A 19-year-old facing life in prison on charges he made brownies with marijuana and hash oil in his apartment learned Wednesday his case would be presented to a grand jury for indictment in two weeks.

Life Sentence for Marijuana: Paul Free  — Were the sentence of life in prison for marijuana not absurd enough, California native Paul Free, 64, has the distinction of serving over 21 years and counting on a life sentence for a nonviolent marijuana crime he can clearly prove he not only did not commit, but also physically could not possibly have committed.

Sisley Won’t Be Rehired PTSD Study Still on Hold —  Since receiving a notice of the non-renewal of her contract, the study designed by Dr. Suzanne Sisley to test marijuana as a treatment of post-traumatic stress disorder in U.S. veterans has been on hold. Sisley applied for an administrative appeal for reinstatement as a clinical assistant professor at the UA, but the appeal was denied on July 28.  A letter from Andrew Comrie, senior vice president for academic affairs and provost, stated that Sisley’s unpaid status at the time of her non-renewal did not entitle her to a hearing.

Why Prosecutors Love Mandatory Minimums — “In my view, no one should go to prison for engaging in consensual transactions. But even if you think that Clay and Walker deserved to do time, a life sentence cannot be appropriate if prosecutors were prepared to say a term of a decade or less was. When you see the stark choices that federal defendants face, you can begin to understand why an astonishing 97 percent of them decide to plead guilty. The bigger the gap between the sentence a defendant can get through a plea bargain and the one he will get if he is convicted after a trial, the stronger his incentive to “cooperate”—and the weaker the system’s claim to be doing justice.”

Teen Marijuana Use Down in Colorado — Once again, claims that regulating marijuana would leave Colorado in ruins have proven to be unfounded,” said Mason Tvert, the Denver-based director of communications for the Marijuana Policy Project (MPP) who co-directed the 2012 Colorado initiative campaign. “How many times do marijuana prohibition supporters need to be proven wrong before they stop declaring our marijuana laws are increasing teen use?

New York Times Readers Make Their Own Case for Legalizing Marijuana — As of Tuesday afternoon, roughly 15,000 comments were published online on seven editorials: 12,658 were for, 982 against, and 254 unsure.

Is Las Vegas Poised to Become the New Amsterdam? — Nevada will have  ‘full reciprocity.’ That means that tourists who have an out-of-state MMJ card can buy cannabis products in Nevada, and tourists without a card can apply for one. This eliminates the motivation for patients to sneak their medication through airport security or state checkpoints.

One Seattle Cop Issues 80% of Marijuana Tickets — The Seattle Police Department has reassigned an officer who single-handedly issued about 80 percent of the marijuana tickets handed out in the city during the first half of this year, authorities said on Wednesday.  Seattle Police Chief Kathleen O’Toole said staff reviewing data to prepare the department’s first biannual report on marijuana enforcement found that 66 of 83 citations for public pot use were given out by just one officer.

The Quite Hilarious “Grass is Not Greener” Anti-Legalization Ad Campaign — Tim Worstall of Forbes Magazine weighs in on the absurdity of a new anti-marijuana legalization ad campaign, fronted by drug addict and former Congressman Patrick Kennedy, in all its “joyous hilarity.”

The Marijuana Media Miracle — The coming legalization of marijuana, advocated last week by The New York Times in perhaps the most noted editorial in its history, will create a consumer product as sought after as cigarettes (in their day) and booze. Hence, legalized marijuana, among its other lucrative effects — including closing gaps in state budgets with certain heavy taxes — offers a gold mine for the media business.

Marijuana at the Denver County Fair  — Marijuana joined roses and dahlias Friday in blue ribbon events at the nation’s first county fair to allow pot competitions.  This weekend’s Denver County Fair includes a 21-and-over “Pot Pavilion” where winning entries for plants, bongs, edible treats and clothes made from hemp are on display.