What's New...
You are at:Home»Prison Outreach»Andrew “Andy” Cox is Serving Life for Pot 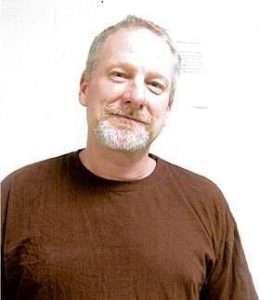 About Life for Pot Prisoner Andrew Cox and His Case

Andy Cox, like most people serving life for pot, got caught in a conspiracy charge. The conspiracy statute holds everyone involved in the conspiracy responsible for the crimes of everyone allegedly in on the conspiracy, and the last one to “cooperate” by implicating others ends up paying the steepest price while their co-defendants get off with little to no prison time.  Not that testifying against others was ever an option in Andy Cox’s mind.  Like most others serving life sentences for marijuana, he has more personal integrity than that.  But sadly, prosecutors do not care about integrity.

Prosecutors contend that Andrew Cox was the mastermind behind a large marijuana grow on public lands in Georgia. Cox maintains his innocence and says he was not at all involved in the grow. He does, however, admit he owned the property where others were growing marijuana and he did have an acquaintance with one of the individuals involved.

To the best of Andy’s knowledge, all the marijuana growing activity took place on this private property, not on public lands, although he cannot say for sure as he was not really involved in the operation and never saw the garden. However, the jury was lead to believe this was a large scale grow on public lands.

Cox says the government was after him because they believed he was a marijuana smuggler. They used a court rule called 404b to say to the jury that because of his prior involvement with marijuana, he had knowledge of how to run a marijuana grow scheme, and was thus guilty of the conspiracy charges that earned him a life sentence.

Andy says the experience is a nightmare, with the government bringing in people, many he had never seen before and all of them trying to get out of trouble by saying that he was the one. One of his former employees, with whom he was no longer associated, got arrested for illegally ordering pills. Upon her first questioning with the DEA she said she knew nothing about Andy or his business dealings. Several months later, as this person was facing prison time, she suddenly “remembered” she had seen marijuana and counted money from it. Her pill case magically disappeared.

Andy currently has a 2255 motion filed and is hoping the courts realize the miscarriage of justice in sentencing a nonviolent marijuana offender to a life sentence. Failing that, Presidential clemency remains Andrew Cox’s best chance at experiencing freedom again. 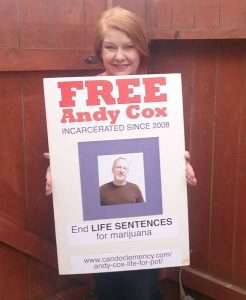 Andy loves to get cards and letters.  Write to him here:

Getting to Know Life for Pot Prisoner Andy Cox

I asked Andy Cox a series of questions to help everyone get to know him better, Here’s what he said:

What meal or food do you crave most that you will want to eat when you get out?
Any kind of seafood! 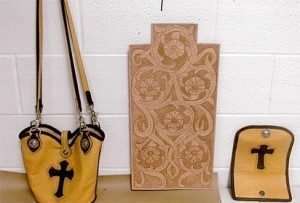 Coffee or tea?
Coffee in the morning, tea in the afternoon.

Favorite song(s) and/or musical artist(s)?
Is This Love? by Bob Marley and the Wailers; Changes in Latitudes by Jimmy Buffett; Stairway to Heaven by Led Zeppelin; Free Bird by Lynyrd Skynyrd; Pride and Joy by Stevie Ray Vaughan.

If you could walk out tomorrow and go anywhere – where would it be and why?
To my children, I miss them so, so much!

If you could travel to any country – where would it be and why?
To the Solomon Islands.  I love to sail and explore new places and meet new people.

What do you most want people to understand about being incarcerated that you don’t think they understand?
That you can actually be sentenced to life in prison for a nonviolent marijuana conspiracy, and the government attorney does not have to have any actual evidence to convict you.  All he needs is for other people to say you did it.  As a prisoner sentenced to life, you will be housed in a maximum security prison with gang bangers killing each other and all kinds of other ugly prison politics.