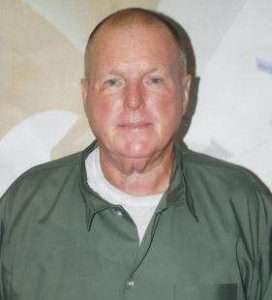 December 18, 2015 — We just received news that Charles Cundiff has been granted Presidential clemency!

About Life for Pot Prisoner Charles “Fred” Cundiff and His Case

Charles “Fred” Cundiff is yet another prisoner behind bars for a victimless crime because of America’s horrendous conspiracy laws. In July of 1991, Fred agreed to go on an overnight road trip to Tallahassee with a friend. Fred went shopping for a birthday present for a loved one while his friend attended to an errand. While he was waiting in the car for his friend to arrive for the trip home, he found himself looking down the barrels of 2 shotguns, while another 9mm pistol pointed squarely at him. Fred was arrested and taken to jail.

During the next 21 days he was arraigned on various charges before being transferred from the Wacoola private prison near Tallahassee to the Pensacola jail. When Fred asked the private investigator he had hired his opinion on the reason for the move, the investigator thought it was because the feds didn’t think they could get a jury to convict in Tallahassee.

The first part of the trial lasted about a month, then there was a break of several months while the judge sat on another important trial that has been previously scheduled.   Two of his co-defendants plead out for a deal. The trial consisted of 10 co-defendants, as the others all took plea bargains and/or were tried separately.

The defense lawyers caught federal witness Burnell Deltona lying in court, but Fred’s judge called it “an honest mistake.” With the exception of a 30-minute window, Fred’s name was not brought up during the entire trial, which lasted over 2 months. Near the end of the trial, the judge asked witness Frank B., who had “cooperated” with prosecutors in order to avoid a long prison term, to identify Charles Cundiff. The witness could not, searching among the defendants without success, until the group of lawyers all stared at Fred and tipped the witness off who he was supposed to identify. Fred Cundiff maintains he had never seen the witness who identified him in his entire life. No one else identified Fred Cundiff as a conspirator in the entire trial. When the jury received their instructions, they were told that if one person in the group is guilty, they ALL are guilty. If one person walked, they ALL walked.

At sentencing, Fred’s attorney told him he would get a reduced sentence if took responsibility. He did, but received no sentence reduction, despite the attorney arguing that the government had no proof whatsoever of Fred buying or selling any marijuana at all. The judge’s reply to Fred: “I think you knew what was going on.”

Like other prisoners serving life for marijuana who knew they had done nothing wrong and took it to trial (Craig Cesal and John Knock among others), Fred Cundiff is paying the ultimate price for exercising his Constitutionally guaranteed right to a trial by jury. The conspiracy statute that holds one person responsible for the crimes of others, set him up for failure before he began.

Fred Cundiff has already served far more time than many murderers and other violent criminals. At nearly 70 years of age, he is in extremely poor health. He deserves a compassion release pardon or Presidential clemency so he can spend his few remaining years in freedom with his family. 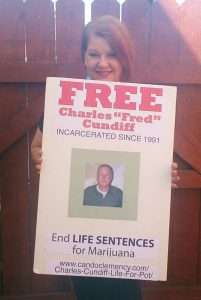 Fred is currently in a halfway house and he can use cards and letters of support and encouragement.  Write to him here.

Getting to Know Life for Pot Prisoner Charles “Fred” Cundiff

I asked Fred Cundiff a series of questions to help everyone get to know him better, Here’s what he said:

What meal or food do you crave most that you will want to eat when you get out?
I long for a Waffle House breakfast, a Pizza Hut lunch, and good  steak and seafood combo for dinner!

Who are your favorite authors?
Wilbur Smith, Louis L’Amour, and John Sandford, I love all their books!

Prefer winter or summer?
I like both, even in here.  But given that I am 69 years old, just living is enough!

Nocturnal or morning person?
To be alive!

Coffee or tea?
Both, when I can get them.

What is your favorite sport?
Football and Basketball.

Favorite movie(s)?
Runaway Train with Denzel Washington, Tears of the Sun with Bruce Willis, and Olympus Has Fallen.

Favorite TV show(s)?
I don’t watch a lot of TV, sometimes a little football or basketball, and once in a while a good movie.

Favorite song(s) and/or musical artist(s)?
A Whiter Shade of Pale by Procol Harum; Bring It On Home to Me by Sam Cooke; You Belong to Me.  I am showing my age!

What is your favorite color?
Blondes and red heads!

If you could travel to any country – where would it be and why?
To Germany so I could drive on the Autobahn and see the country.

What do you most want people to understand about being incarcerated that you don’t think they understand?
That the government sells our souls for money to corporations who rely on cheap prison labor.