What's New...
You are at:Home»Prison Outreach»John Knock is Serving Life for Pot 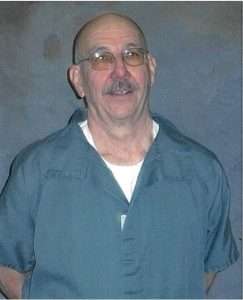 About Life for Pot Prisoner John Knock and His Case

The conspiracy was developed through a reverse sting operation that was instigated by the DEA and prosecutors using an indicted fugitive who was trying to avoid prison time by “cooperating” with authorities. John had never known this individual, but he was acquainted with one of the individuals indicted in this reverse sting when she lived near him back in the 1970s. 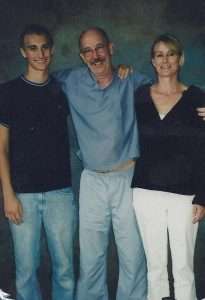 Believing he had done nothing wrong and knowing he was not involved with this conspiracy, John chose to go to trial instead of taking a plea.

Even though everyone is entitled to a fair trial, those who choose this route are usually given sentences 6 times greater than those who are offered a plea and “cooperate.” You don’t actually have to be involved in the crime to be tried and convicted in a conspiracy case. It takes no evidence aside from the word of another person  who says that you were involved.  And that person is trying to avoid prison time themselves.

Hence, John Knock, a first-time offender, ended up with not one, but two life sentences.

This sting was in northern Florida, which is a place where John had never lived and never worked.  Nonetheless, John Knock is serving a sentence of TWO Life Terms PLUS 20 Years (because apparently a single life sentence was just not enough in the government’s eyes to protect society).

John loves to get cards and letters from supporters. Write to him here:

Life for Pot: Getting to Know John Knock

I asked John Knock a series of questions to help everyone get to know him better, Here’s what he said:

What meal or food do you crave most that you will want to eat when you get out?
Anything fresh.

Nocturnal or morning person?
Up at 7: 30 AM with coffee and oatmeal.

If you could walk out tomorrow and go anywhere – where would it be and why?
I would go to Philadelphia and live out the rest of our lives with my ex-wife.

If you could travel to any country – where would it be and why?
Vancouver, B.C., Canada!  They have great fishing, sailing, and skiing, and the people are CANADIAN, more open minded.

What do you most want people to understand about being incarcerated that you don’t think they understand?
People look at the American entertainment industry and think TV and moves are real: e.g. Law and Order, CSI, Orange is the New Black. This is not life; it is entertainment, but it leads citizens to believe that our law enforcement choices are needed and that they are correct. Actors become politicians and lawyers and elected officials become actors.

In this federal facility I see 20-somethings who are going to be locked up for the next 50 plus years. I see Central Americans being locked up for 10 years for trying to come back to the US to be with their families. What is the point? Is it compliance with a just law or just the next election cycle talking points? Is it a government sponsored employment plan?

I am not embittered, just frustrated with a society that thinks a life sentence equals a dead body somewhere. We are judged by the length of our sentences and the American public does not know how harsh the sentencing is for nonviolent offenders. They believe that if the sentence is harsh the incarcerated offender must be violent and dangerous.

A nonviolent offense means just that. Our justice system does give life sentences for “Nonviolent Victimless Crimes.” You will see the words “nonviolent and victimless” spoken by the judge in my sentencing hearing transcript.

A Supreme Court justice once said in an interview given to Life Magazine, “If it’s a dope case, I won’t even read the petition, I aint giving no break to no dope dealer.”

That was the power of the policy of “The War on Drugs.” This was a quote from Thurgood Marshall long before the war on drugs had become the major cause of over criminalization and over incarceration.

In recent years, a movement of sentencing and criminal justice reform has emerged. There is finally recognition that you can’t incarcerate everyone who does not agree with your lifestyle or ideas.

I have been living in a 20 car garage with 100 to 120 other men; sleeping in a bathroom at night with one or two other men. Many of us will be doing this for the rest of our lives. This is done at a cost of $30,000 to $50,000 a year per person. That cost goes up for the elderly and those with special problems. By Bureau of Prison standards the BOP is 130% over capacity. They legally achieve this by filing an emergency request every three months.

A few years ago a notice was put on the bulletin board in my housing unit. On it there were two new rules that showed society’s idea of worth. One rule stated that is an inmate attacked another with a weapon, he would be subjected to a five-year increase in his sentence. The other rule dealt with an inmate placing an illegal lien on prison staff or Department of Justice Officials that could cause a decline in their credit rating. If found guilty of that offense, the inmate would receive a ten year increase in his sentence.

These rules just show that an inmate’s life is worth less in the eyes of the Department of Justice that a government employee’s credit rating.

I hope there is an end to the idea that citizens must pay with their lives for nonviolent offenses with no victims. I am a senior citizen inmate so my time is short. I pray that I will see that change. 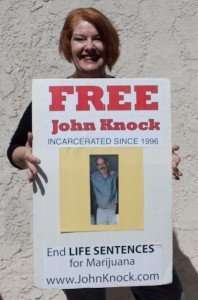