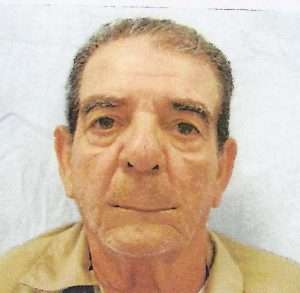 About Life for Pot Prisoner Leopoldo Hernandez-Miranda and His Case

Leopoldo Hernandez-Miranda came to the United States in 1980, fleeing his native Cuba. With his fourth grade education and limited English, Leopoldo struggled but worked hard to have relationships, family, and to take care of himself and those he loved.

In 1993, Leopoldo was living with his wife in Miami and working as a painter for Atilano Dominquez.  For his labor, Leopoldo was paid $50 a day, plus lunch. Unbeknown to him, Leopoldo’s employer had made arrangements to purchase 3,100 pounds of marijuana, not knowing it was a sting operation and undercover DEA agents were the suppliers.

Leopoldo, following his boss’s orders, was instructed to watch the shipment in a “safe house.” The DEA showed up and all of a sudden this 54-year-old, practically illiterate, Cuban fisherman was arrested and indicted as part of the conspiracy. In1993, he was sentenced to life without parole in federal prison, he has been there ever since. Leopoldo is old and gravely ill. I hope the President will show compassion and send this man back to his loving family where he belongs. 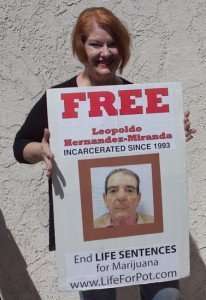 Leopoldo is currently housed in a federal medical detention center.  He is in extremely poor health and speaks limited English.  Those who wish to write to him may do so at this address: